DOGE price has been fairly slow compared to its performance in the beginning of the year. Even though it has revived nearly 77% from its low, you would expect a stronger move to occur sooner or later. The overall cryptocurrency market has been surging the last week & DOGE price may just be one of the last to go. Much of DOGE’s previous rally was fueled from hype & social media influencing so we do have to question the use case & stability of a coin that was driven up by mostly hype & culture.

Throughout the past 3 weeks, DOGE has been trading within an ascending channel. Each time price hit a trend, DOGE got sent to the opposite of the channel. Just over the past day, price experienced one of these rejections at the top trend.

For DOGE to fully go parabolic, it must break over this top trend along with a major resistance zone that has held price down for over a month. This zone is from $0.269-$0.288 & if bulls manage to hold this area, price will likely hit the two targets that are shown. 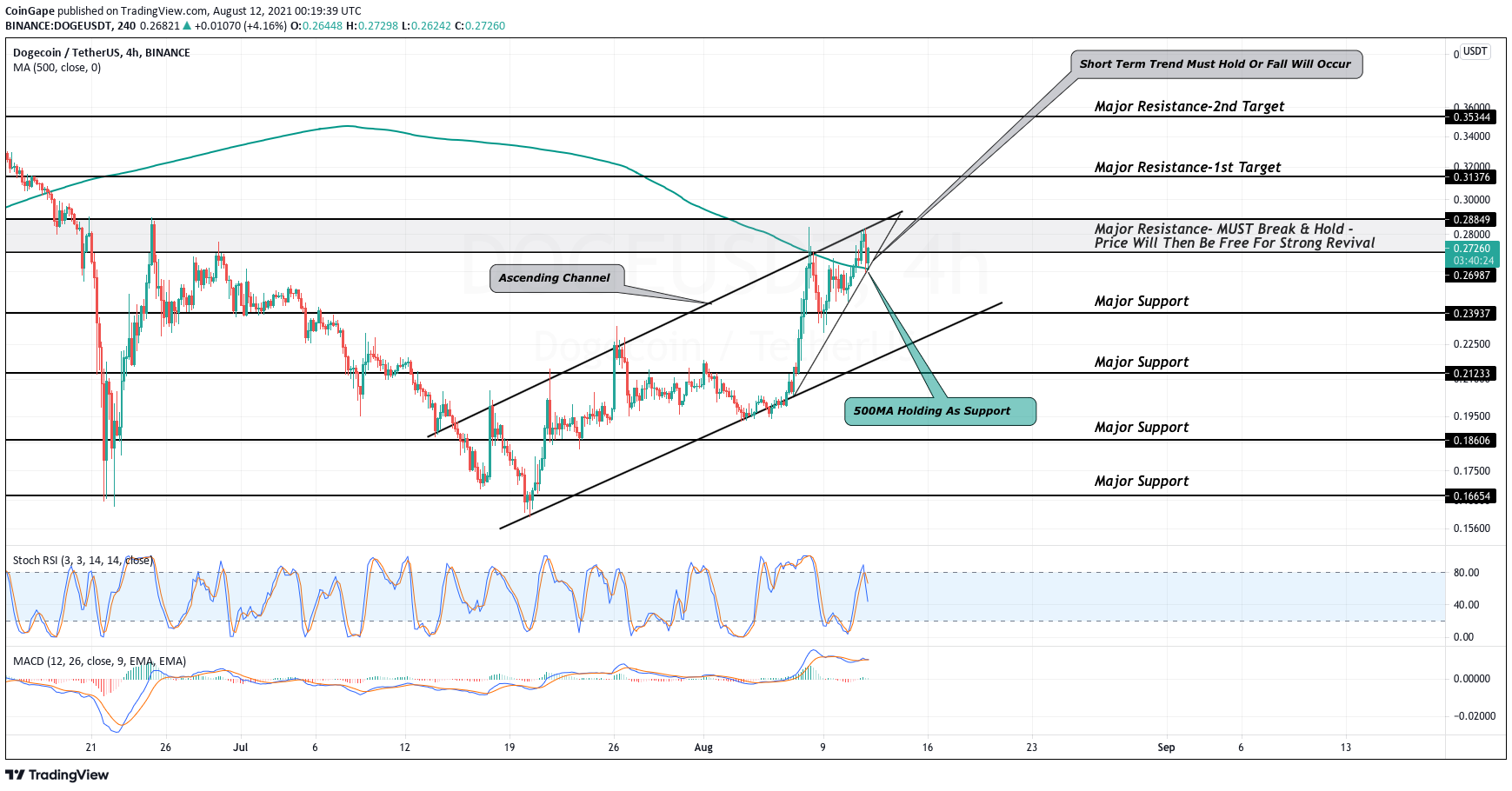 While looking at the Stochastic RSI, we can see a slight bearish divergence has formed. This occurs when price creates a higher high & strength creates a lower high. This just occurred & may be a trigger for strength to break below the 50 value. The MACD has been fairly flat the last few days which shows a larger move is on the horizon. If the histogram ticks red, this may confirm a short term downtrend is in place for DOGE.