CryptoPunks are considered the gold standard for collectible NFT avatar sets, but among the more recent NFT collections inspired by CryptoPunks, the Bored Ape Yacht Club has gained the most momentum lately. Over the weekend, the Bored Apes notched a new milestone with the set’s first NFT sale over $1 million worth of Ethereum.

A bundle pack of a Bored Ape Yacht Club NFT and the accompanying Bored Ape Kennel Club NFT—which were given away as freebies to club owners—sold for 375 ETH on the OpenSea marketplace, or about $1.16 million at the time of purchase.

It’s hailed as the first seven-figure sale for the popular NFT line, although the inclusion of the second NFT is a notable caveat. On one hand, it’s technically from a separate NFT collection, making it a bundle rather than a single NFT sale. On the other hand, it’s the companion NFT offered as a bonus to Bored Ape Yacht Club owners rather than something that was originally sold separately. OpenSea recently launched the ability to sell bundled NFTs across multiple collections.

Bored Ape Yacht Club NFTs launched in April, following the CryptoPunks approach of offering 10,000 unique collectible avatars featuring a randomized array of features and styles. An NFT acts like a proof of ownership for a digital item, whether it’s illustrated avatars like these, packaged video clips like NBA Top Shot moments, interactive video game items, or any number of other digital items.

Amidst a recent resurgence in NFT market activity, Bored Ape Yacht Club prices are rising on secondary markets. The Ethereum-based NFTs have an average sale price of 19.8 ETH (about $61,250) on OpenSea over the last seven days, compared to nearly 7.6 ETH (about $23,500) over the last 60 days.

As of this writing, the most affordable Bored Ape Yacht Club collectibles start at 15 ETH (about $46,400) on OpenSea. Just one week ago, the floor for these NFTs was at 10 ETH.

Bored Ape Yacht Club has been one of the most prominent NFT collections to launch this year, and it’s riding high on bullish overall NFT market sentiment of late. Even current and retired NFL players such as Brandon Stokley, Tyler Polumbus, and Brandon McManus—all Super Bowl champions with the Denver Broncos—are prominent Bored Ape NFT holders. Christie’s will auction off Bored Apes next month along with CryptoPunks and Meebits NFTs.

Still, these rising prices still fall well short of those of CryptoPunks, one of the earliest NFT projects created back in 2017. CryptoPunks have surged in value so far in 2021 and especially lately, with the current floor price for the NFTs hovering around $150,000 of ETH as of this writing per Larva Labs’ own tracker. The CryptoPunks floor just hit $100,000 for the first time last week.

There have been a few multi-million-dollar CryptoPunk NFT sales in recent weeks, including one for $5.4 million worth of ETH, and another that investor and NFT entrepreneur Gary Vaynerchuk bought for $3.7 million worth of ETH. Last week, a CryptoPunk that was last purchased for just $443 in 2018 was sold for 1500 ETH, or nearly $4.4 million.

The recent rise in NFT market activity, particularly for Ethereum-based collectibles like Bored Ape Yacht Club and CryptoPunks, has coincided with a recent rise in prices across the cryptocurrency market. Ethereum is up 46% over the last 30 days compared to an increase of nearly 34% for Bitcoin, according to CoinGecko.

Last week’s London hard fork network upgrade for Ethereum, which changed how it calculates transaction fees and then “burns” or removes those fees from circulation, is seen as a potential reason for ETH’s larger surge of late. Some 22,750 ETH, or about $70.3 million worth, has already been burned in less than a week. 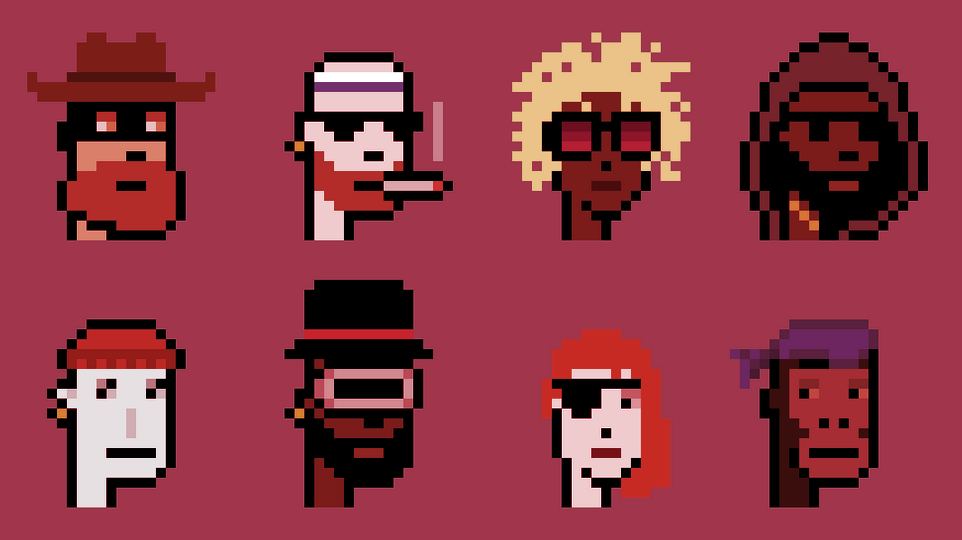