XRP price has been through a-lot of hate & troubles over the last year, but it has still managed to keep its place in the top 10 cryptocurrencies by market cap. Over the past few weeks the overall market has started a strong revival off lows set in July. At the time, most coins were down nearly 60%-80% from their highs set in May/April. That is now changing & XRP price has been reviving fairly strong as prices are up nearly 70% from its low of $0.50.

XRP price printed a clear cut double bottom formation from June-July. This is a bullish sign that a local bottom is surely in & since then, XRP has risen over 20 cents. At the time of writing, XRP is toying with its major resistance zone of $0.77-$0.83.

XRP price must fully break & hold this zone for price to reach the given targets. If this is deemed successful, expect XRP to surge to around $0.91 at first. This area is met with a major resistance at $0.895, the 100 day MA, along with a long term trend line. This will be a true test for bulls as clearing all these marks will surely set the stage for $1.00+. 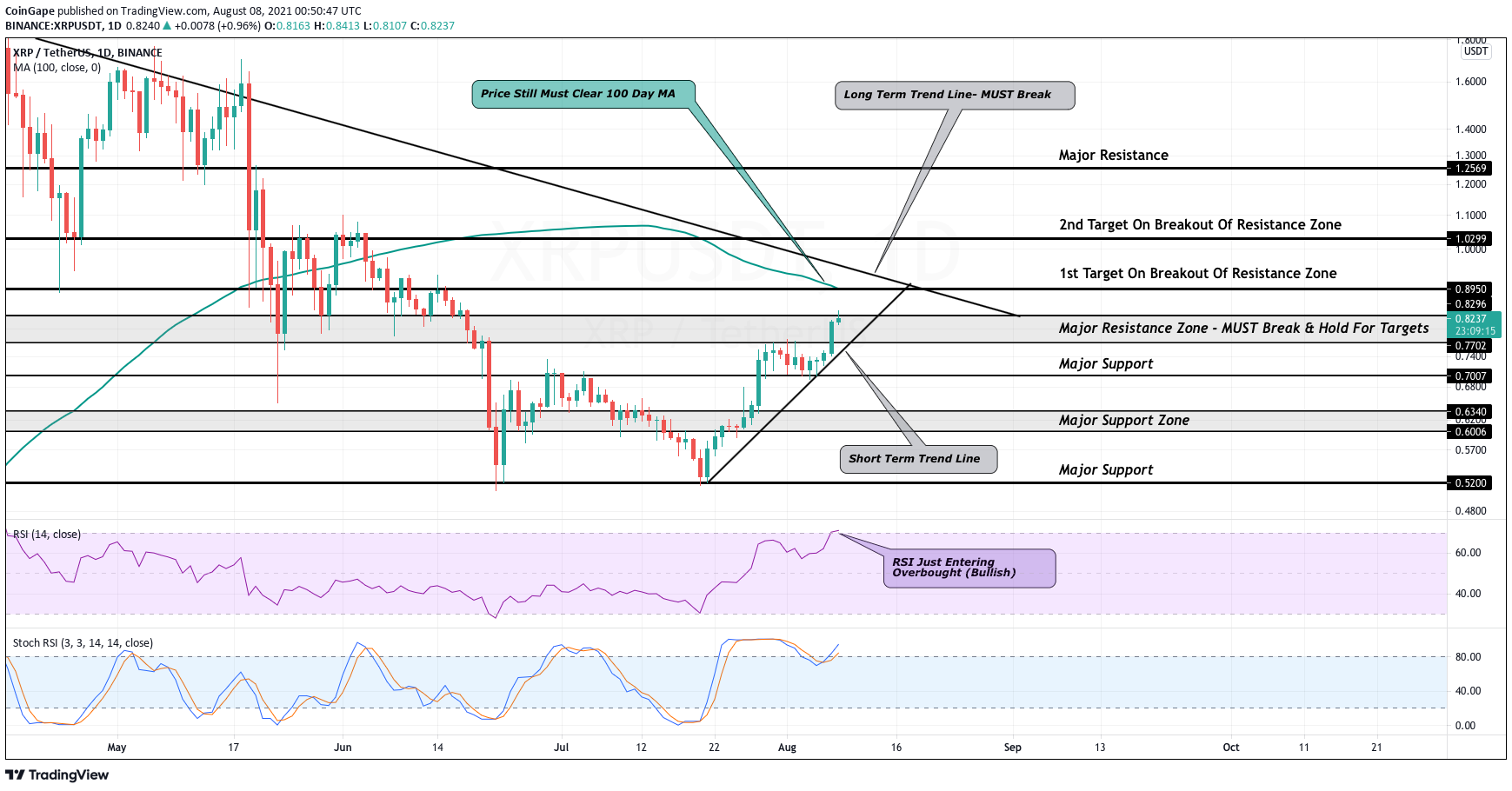 In the less likely case that XRP fails to break & hold the major resistance zone, price will first find support at $0.77. Right along with this support lies a short term trend line that has held up XRP ever since its low of $0.50. If these two marks break, XRP will then be in a short term downtrend. We can expect prices to land back to major support of $0.70. Anything below this mark will put XRP back in hot water & generally ruin its revival/bottoming pattern.

While looking at the relative strength index, we can see that the RSI has finally reached overbought territory. This zone is where large upward price spikes occur. As long as strength can continue hanging out above the overbought line of 70, expect prices to continue higher. The Stochastic RSI also just entered into the overbought territory. As long as both RSI’s continue above these levels, XRP is in a great position to reach $0.90+.