Ethereum (ETH) price has been on a terror run ever since price formed a triple bottom at the $1700 support. The last sweep of this support was nearly 3 weeks ago & now ETH price is up 85% since. The NFT market has been exploding the last few weeks as well with NFT volume hitting all time highs. The majority of NFTs are hosted on the ethereum blockchain, which increases overall usage of the network. To add the icing on the cake, Ethereum successfully launched its EIP-1559 (London) upgrade over the last week which has greatly helped price action. 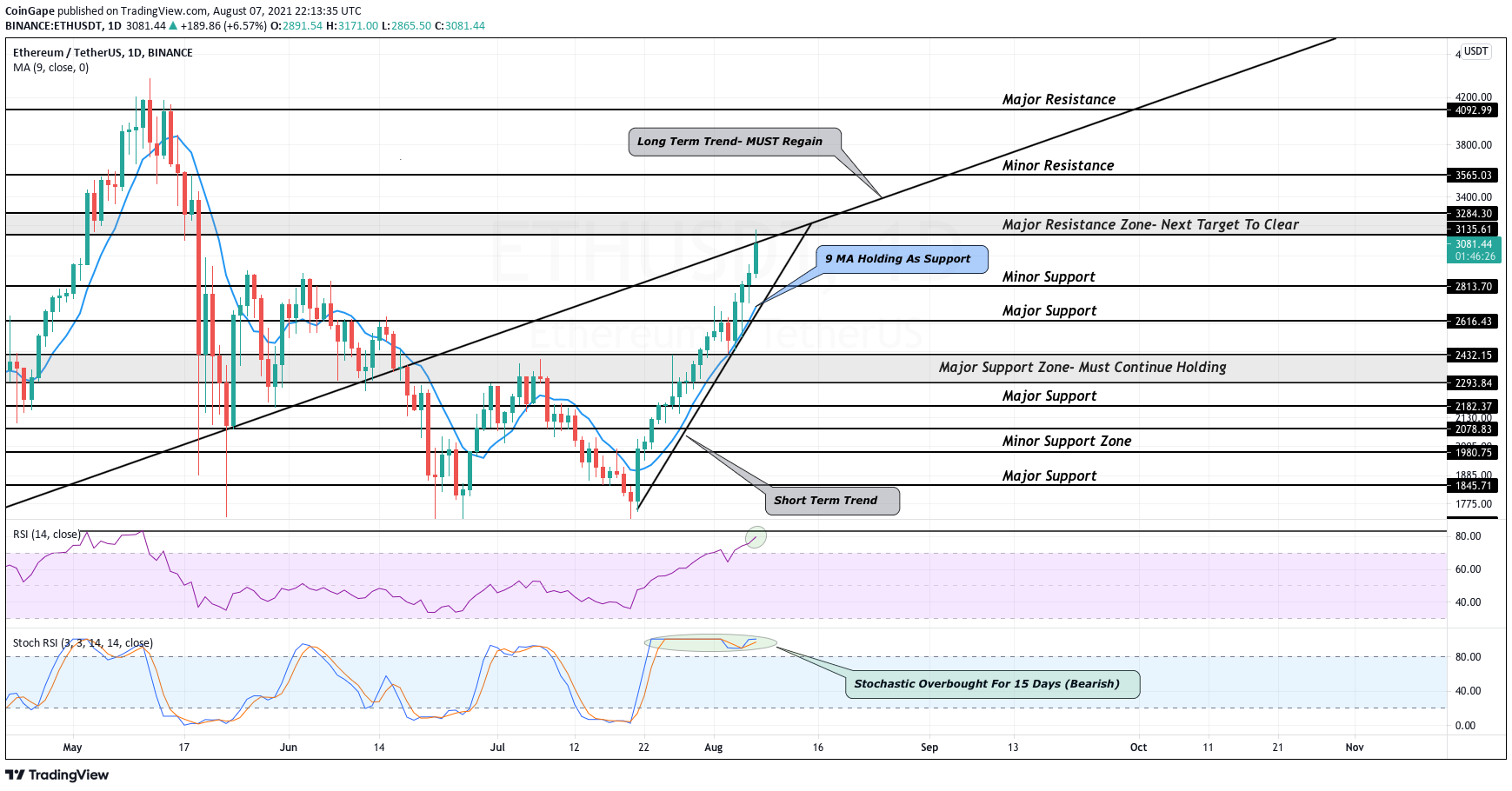 In the short term, if ETH price fails to break over the long term trend line along with the major resistance zone, price risks a fall back to minor support of $2813. For this to occur, price would likely break its short term uptrend that is shown. This trend has held price the entire way from $1700. Along with this trend , lies the 9 Day MA which has also held since the local bottom formed.

If ETH price breaks below these two marks, it will likely turn short term bearish and fall to $2600-$2800.

While looking at the RSI, we can see how strength has entered the overbought territory for the first time in nearly 86 days. This is where the largest price movements occur although it does signal a top is nearing. There is a resistance line that was respected last time strength entered this zone as it will likely respect again, if it manages to get to it. The Stochastic RSI has been near flatlining in the overbought territory for over 15 days. This shows that strength has been maxed out & large corrections usually occur soon after.

ETH Price Analysis: Is It Time For ETH to Break Its Multi Month Channel?