Key Bitcoin fundamentals like Hash rate and exchange outflows are recording significant jumps already suggesting corporations are on a Bitcoin buy spree again. Michael Saylor is putting his money where his mouth is and has himself bought 17,732 Bitcoins ~$664 million so far.

The Bitcoin bull run driven by MicroStrategy is only getting strong with thought leadership from Michael Saylor who is leading by example.

Looks like @michael_saylor is bringing https://t.co/tqMxWPvnGW to the corporate community.Impacts are being seen already. Coins once again being scooped off exchanges. pic.twitter.com/Fmdbq1WXIq— Willy Woo (@woonomic) February 5, 2021

MicroStrategy is vocal about Bitcoin since the beginning of Bitcoin bull run in October 2020 and have till date bought 71,079 Bitcoins ~$2.6 Billion. They are leading by example and have even made their Bitcoin playbook public for corporates who may want to invest in Bitcoin. Michael Saylor once even suggested Tesla CEO Elon Musk to move Tesla Balance sheet to Bitcoin.

And, the efforts of MicroStrategy and Michael Saylor seem to pay off.

Elon Musk post debate with Michael Saylor has shown keen interest in Bitcoin and updated his twitter bio with Bitcoin for a while. He also regretted not buying Bitcoin earlier in a club house discussion. 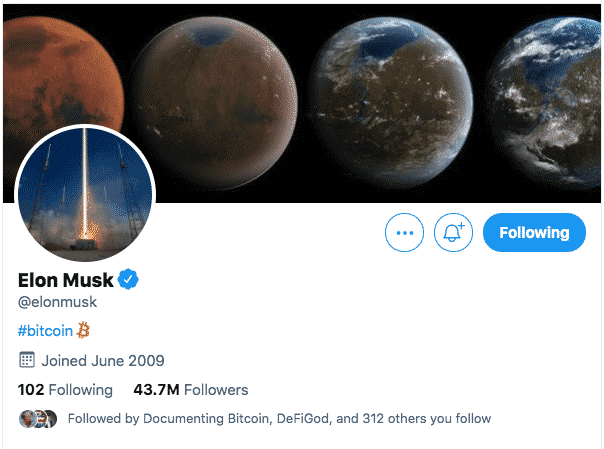 As described in the article above Bitcoin fundamentals as well as on-chain metrics is only more bullish as days are progressing. MicroStrategy’s Bitcoin Playbook seems to be working and its just time, that institutional FOMO kicks.