Bitcoin has initiated another leg up, resulting in charting a new two-month high of just over $42,000. Apart from Chainlink, most alternative coins trail behind, and BTC’s market dominance has increased to well above 48%.

As reported earlier this week, bitcoin went on a tear after dabbling with the $33,000 price line for a while and charted a $7,000 green candle. As a result, the cryptocurrency briefly exceeded $40,000 for the first time in over a month.

However, the bears intervened and pushed the asset south shortly after, and BTC retraced to just over $36,000. Nevertheless, it didn’t stay there for long and started gaining value once more.

Consequently, it went back to the $40,000 level and stood there for a few days without any decisive moves in either direction. This changed yesterday when it suddenly dropped to $38,000.

At that time, though, the bulls came back to play and drove bitcoin north again. In the following hours, BTC jumped by more than $4,000 and spiked above $42,000 (on Bitstamp). This became the highest price tag registered since the mid-May crash.

As of now, the asset has retraced slightly and stands above $41,500. However, its dominance over the alternative coins has increased to 48.3% as most of them have failed to follow it north.

Binance Coin has calmed around $320, despite all the regulatory concerns surrounding the exchange behind the asset. Cardano, Dogecoin, Bitcoin Cash, and Litecoin have marked minor gains since yesterday.

Polkadot and Uniswap have both increased by a similar percentage (around 4%) and currently trade at $16 and $21, respectively.

Chainlink is the most impressive performer from the larger-cap alts with a 10% surge. As a result, LINK has spiked above $22.

Somewhat expectedly, more fluctuations are evident from the lower- and mid-cap altcoins. NEO leads the way with a 25% increase in a day and a 46% surge in a week to $44.

The cumulative market capitalization of all crypto assets is up by nearly $100 billion since yesterday’s low and is above $1.6 trillion for the first time since mid-June. 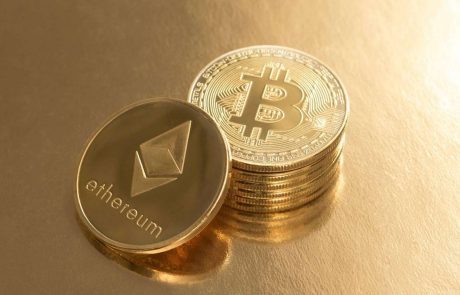