A trade war misstep? China is vacating crypto battlefield to US banks 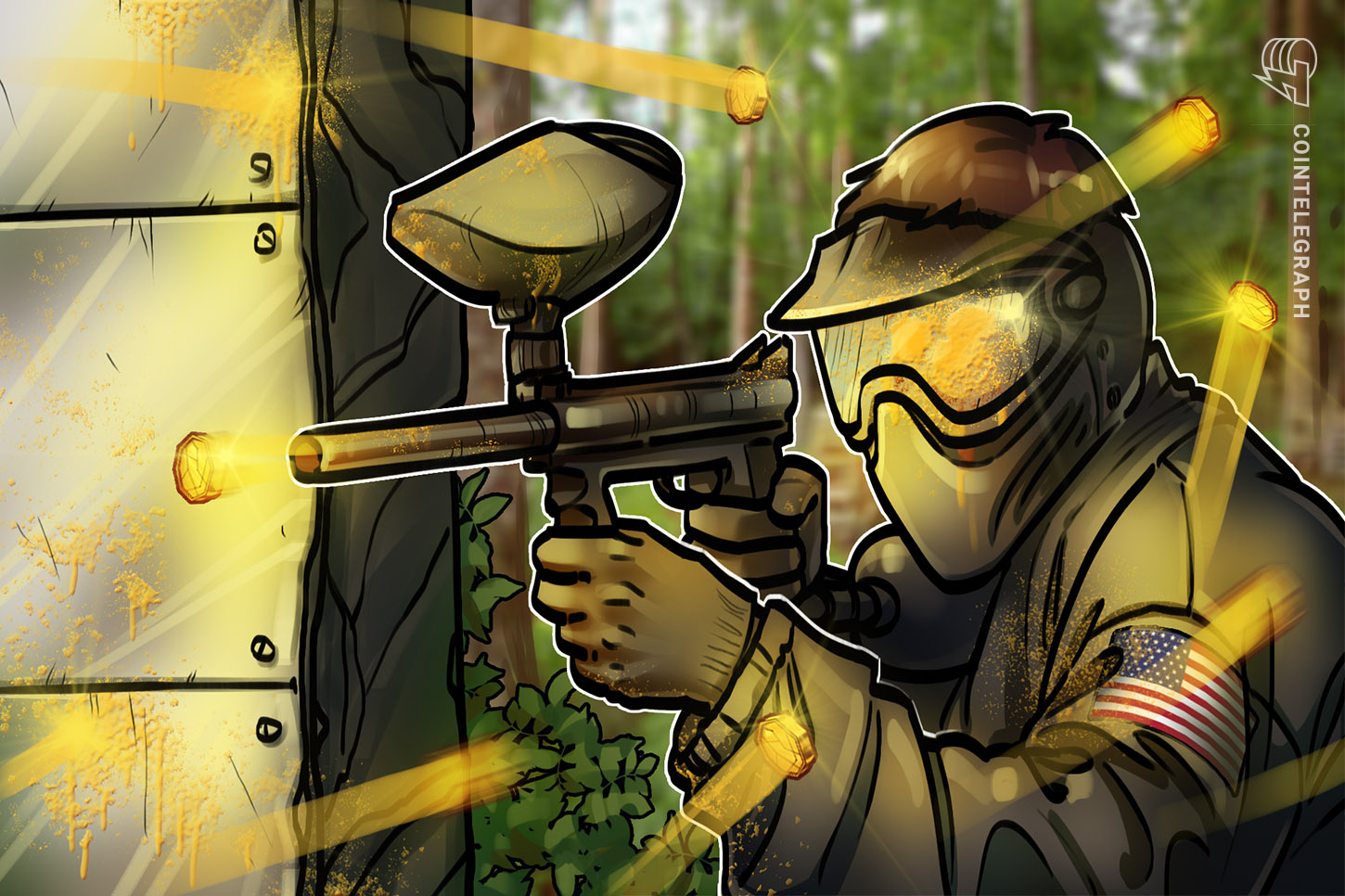 At the same time that China has declared war on cryptocurrencies, giant American banks appear to be embracing crypto — evident the final week of July with the news that crypto firm Lukka will provide State Street Bank’s private fund’s clients with digital and crypto asset fund administration services. This follows forays into the crypto space from the likes of BNY Mellon, JPMorgan, Citigroup and Goldman Sachs among traditional bank heavyweights.

Is it too early to speak of trend and counter-trend? And if a trade war has broken out between the United States and China, as many believe, why is China turning its back on cryptocurrencies while some of the West’s largest financial institutions, long wary of crypto, appear to see fresh value in blockchain-based digital currencies?

“Yes, U.S. banks are firmly embracing Bitcoin as an investment tool,” Nik Bhatia, author of the book Layered Money: From Gold and Dollars to Bitcoin and Central Bank Digital Currencies and adjunct professor of finance and business economics at the University of Southern California, told Cointelegraph, adding, “JPMorgan and Goldman, for example, have greenlit Bitcoin investment products such as GBTC (Grayscale) for their clients.”

“We can see that banks and other financial institutions, such as JPMorgan and Citi, are starting to realize that blockchain technology is not just a passing trend,” Bobby Ong, co-founder and chief operating officer of CoinGecko, told Cointelegraph. He added that “as such, they are beginning to explore ways for them to offer cryptocurrency products to their clients.”

But what’s with China? Since the beginning of summer, it has taken steps to curb — if not outright ban — cryptocurrency mining and trading. Do China’s financial guardians know something that U.S. bank leaders don’t?

“China doesn’t like crypto. It’s not a sovereign currency, and it’s beyond the Chinese government’s control,” Raymond Yeung, author of China’s Trump Card: Cryptocurrency and its Game-Changing Role in Sino-US Trade, told Cointelegraph, adding, “Even if it’s mined in China, it’s still not administered by them — it’s bypassing the PBoC (People’s Bank of China). That’s not acceptable.”

“China is a state that wants to keep everything under its control,” agreed Ong, adding, “This can be seen from the recent crackdown on tech firms and even private education firms.” Bitcoin’s decentralized structure gives Chinese authorities fits, he suggested, and they would much prefer to create something that they can manage, like their digital yuan, which is in the process of being rolled out.

It doesn’t help that Bitcoin (BTC) mining uses so much energy and contributes to global warming, either, Yeung further explained. China has pledged to achieve carbon neutrality before 2060, and its “emissions target is real.” The government is already imposing emissions restrictions on the country’s steel industry, and it just introduced a national emissions trading scheme. Bhatia added, “China does not want Bitcoin miners hogging their [energy] grid.”

Has China made an error of judgement?

If a trade war is indeed underway between the U.S. and China, hasn’t China miscalculated, though, by shutting down BTC mining operations, especially since North American miners are only too happy to take over China’s role as the world’s crypto mining center?

“It might very well be a huge blunder, as hash rate that comes offline is very hard to get back,” Bhatia said, adding, “That hash power has likely left China forever.”

“I think it’s difficult to say what China’s goals are in this particular situation,” commented Ong. He added, “They are aggressively trying to introduce the digital yuan as the de facto currency in the country and as a proxy to reduce the world’s reliance on the U.S. dollar.” As a result, when it comes to the core objective, this may not be a bad move: “It is in line with their goals of pushing for a centralized currency that is completely traceable by the government.”

There may be some nuances with regard to Bitcoin mining, too. The People’s Republic of China could be using the mining crackdown to drive down the price of Bitcoin so the state can purchase more BTC at a cheaper price, Bhatia suggested, further explaining to Cointelegraph:

“They might not care about mining rewards anymore. They could be trying to acquire billions worth of Bitcoin and using the mining ban as misdirection. They could also be using the coal-mining ban as proof that China is serious about climate change in order to receive a more favorable standing on the global scene.”

Others agreed that China might have a hidden agenda. The “crackdown on Chinese miners might mean that they are offloading coin into a thin market and taking us lower,” according to Ben Sebley, chief growth officer of crypto firm BCB Group.

Blockchain, but not crypto

Yeung, on the other hand, believes that China is serious about washing its hands of Bitcoin and other cryptocurrencies, but that doesn’t mean it is necessarily forsaking crypto’s underlying blockchain technology.

Moreover, as the government has stated, “crypto is a source of financial risk,” said Yeung, adding further, “They want to control crypto, but they can’t. But they can still embrace blockchain technology, which they believe will improve productivity and spur economic growth.”

Meanwhile, U.S. banks are acting like crypto’s summer swoon never happened. “The growth in popularity of digital assets is showing no signs of a slowdown,” said Nadine Chakar, head of State Street Digital, adding that State Street “is committed to continuing to build out the necessary infrastructure to further develop our digital assets servicing models.”

“There is growing acceptance of Bitcoin’s role in being a hedge on the current fear of currency debasement,” Ong told Cointelegraph. “After the announcement of an unexpected hike in the inflation rate” — U.S. inflation skied 5.4% in June, the fastest rate in 13 years — “many people are considering alternative ways to preserve their wealth, and Bitcoin is starting to become a viable alternative.” Banks are in the business of offering financial services, and as the demand to hold cryptocurrencies rises, it is not surprising that they are eager to enter the industry, he added.

U.S. banks may also have an eye on future customers. “With an influx of younger investors entering the market, they are more likely to invest in riskier and diverse asset classes,” said Ong, adding:

“Disinterest in slow-moving assets, as well as the particular rise of ‘meme stocks,’ has definitely given the U.S. banks some ideas on how to capitalize on this shift in investing methodologies.”

The fact that Bitcoin continues to avoid any scrutiny as a security or as an investment product that requires additional oversight may also factor in the U.S. banks’ calculus. “It’s a commodity and is able to avoid the SEC [regulation], which is essential,” said Bhatia.

The U.S.’s and China’s approaches to regulation are philosophically different, summarized Yeung. China’s government basically says, You need my approval for anything, while the U.S. says, If you do anything that hurts me, I will ban you. U.S. firms have more wiggle room, though. If the U.S. courts declare that BTC is a commodity, for instance, then regulators can’t ban it.

Meanwhile, if and when a younger generation turns to professional money managers, it will probably expect at least some exposure to crypto assets — which means Western banks could be entrenched in the crypto space for years to come. 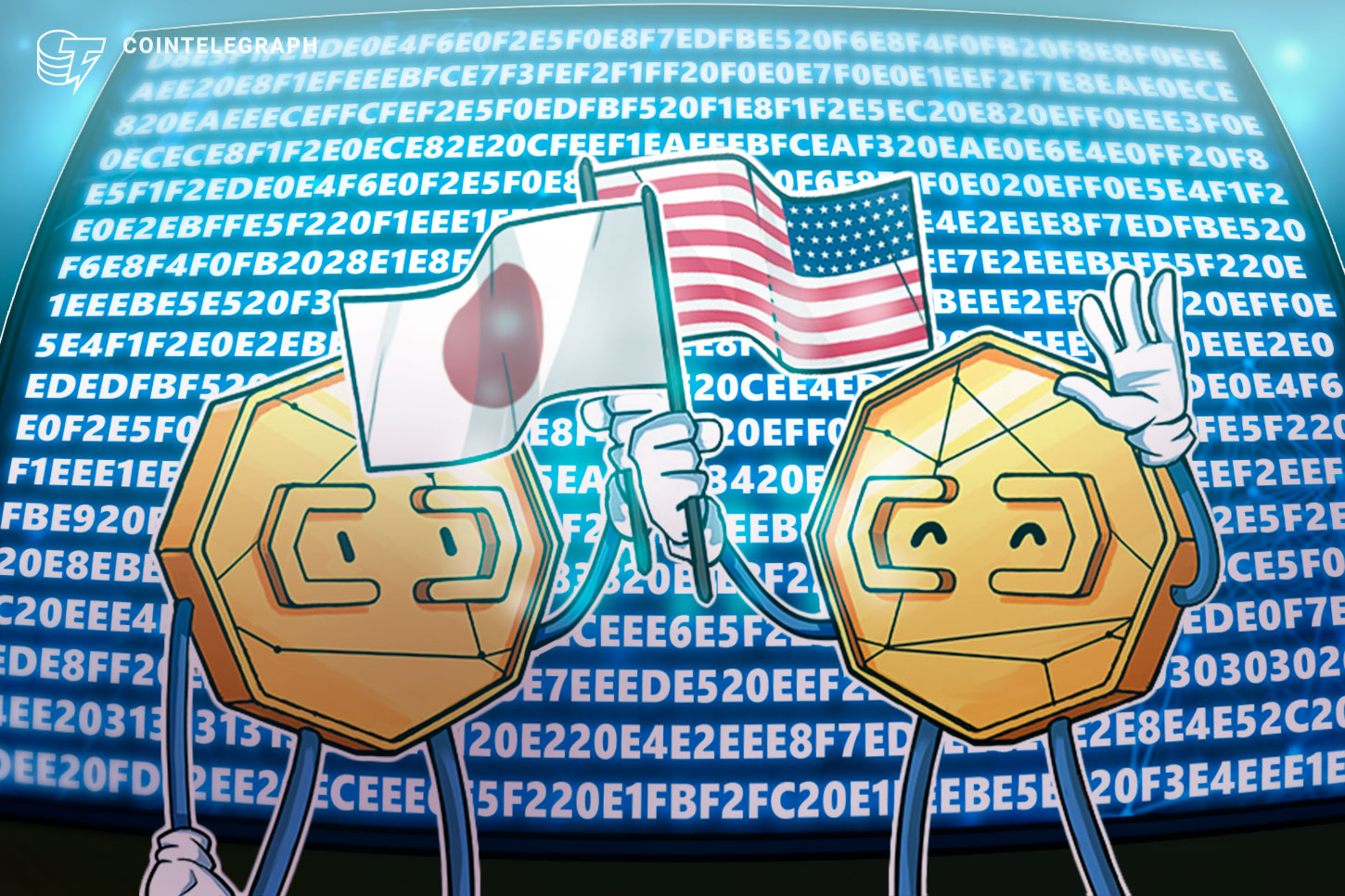 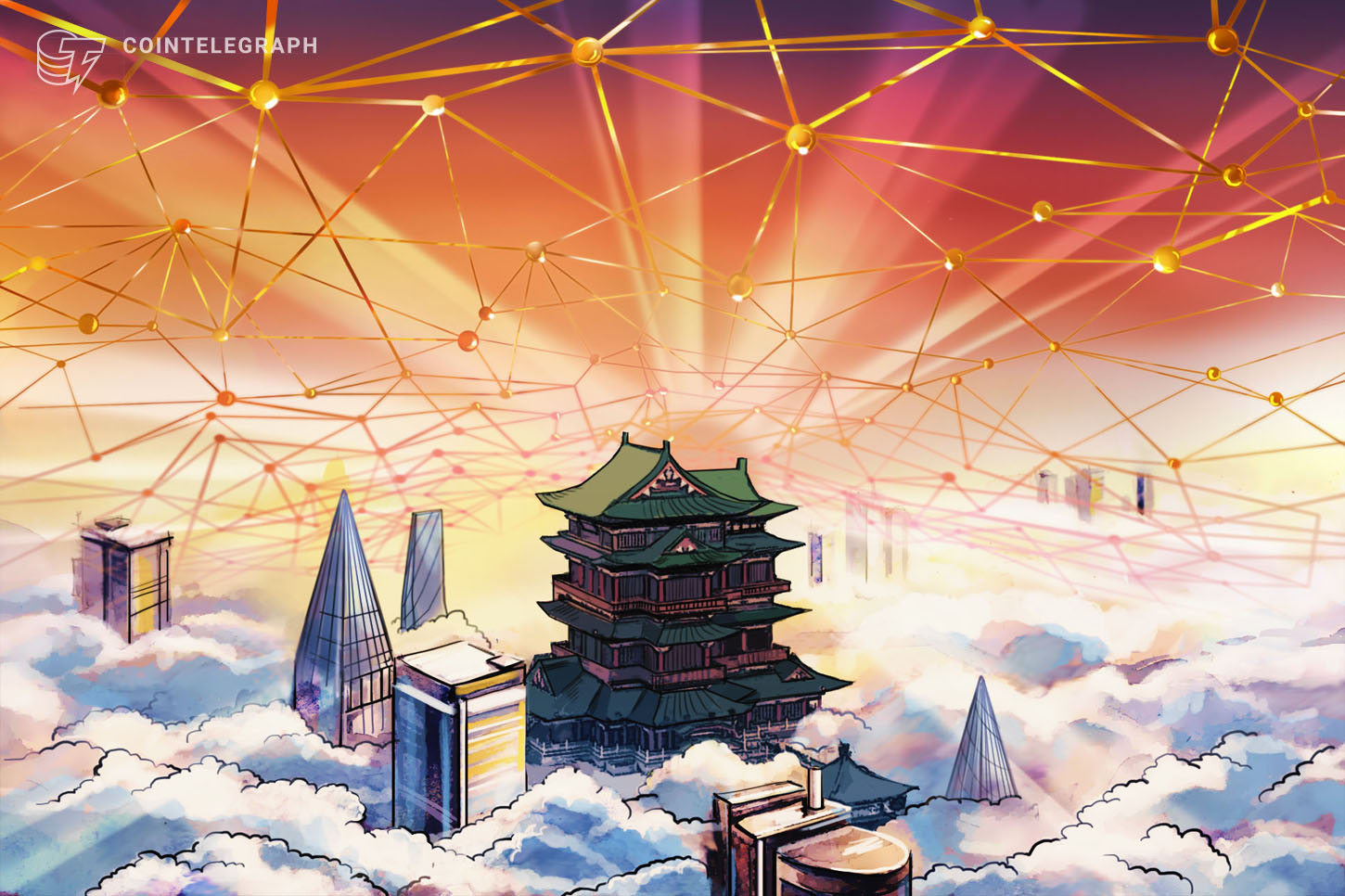 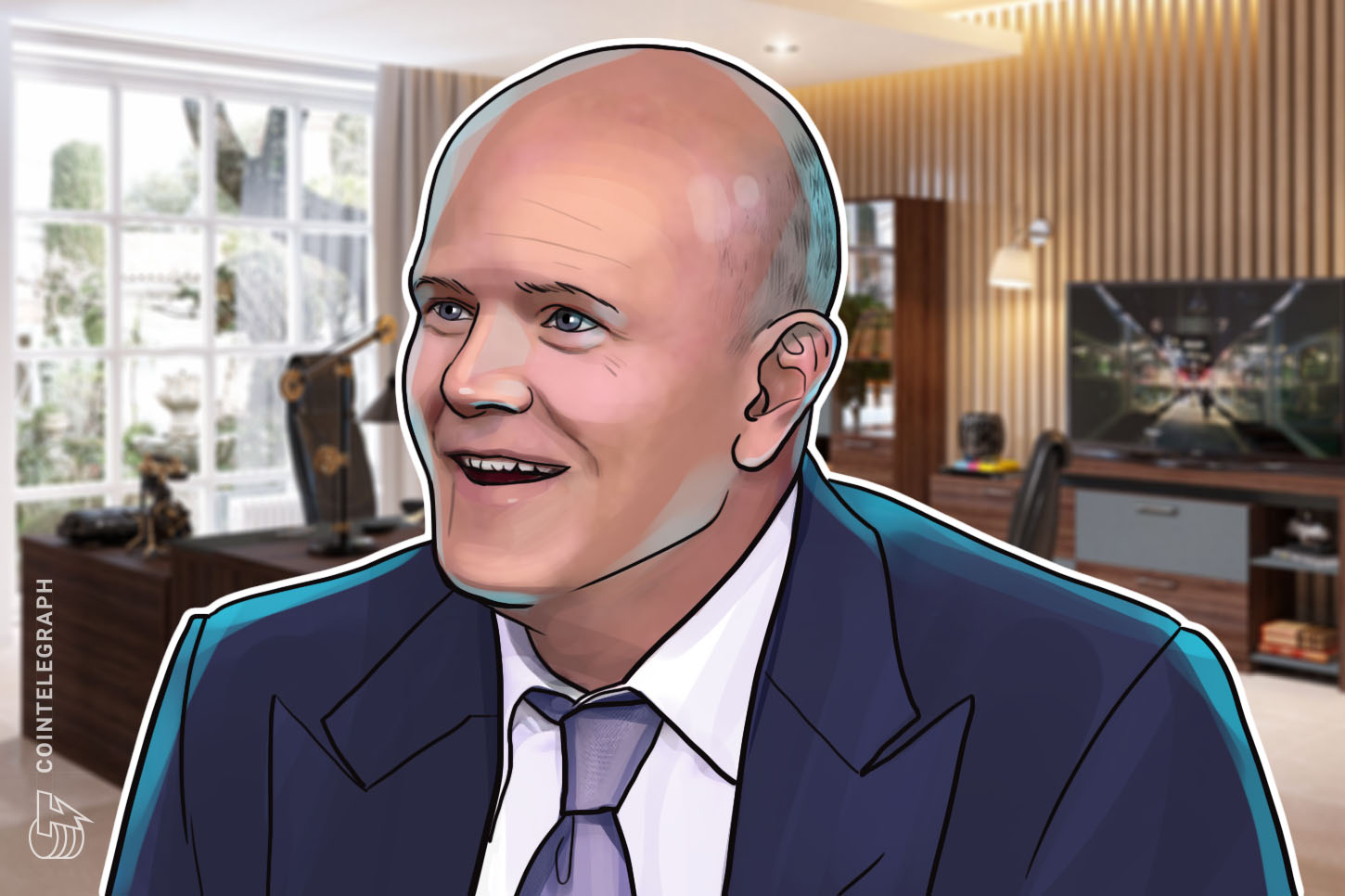