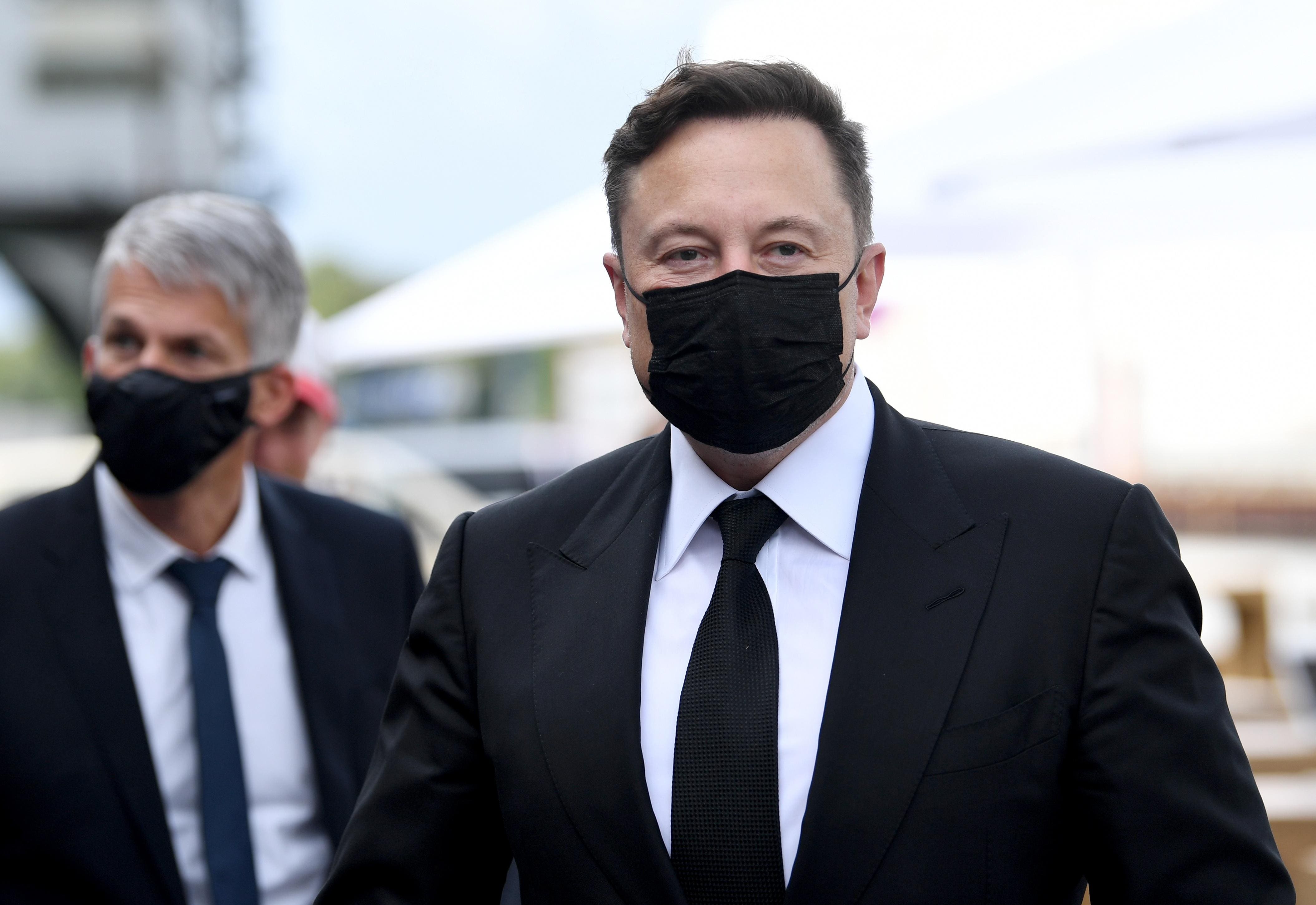 Bitcoin and cryptocurrency investors were yesterday glued to one of the most hotly-anticipated events in the crypto calendar so far this year—a live discussion between Tesla and SpaceX billionaire Elon Musk, Twitter's Jack Dorsey, and major Tesla and bitcoin investor Cathie Wood.

The bitcoin price jumped in anticipation of the virtual event, climbing back from under $30,00 per bitcoin to over $32,000, and finding fresh support after Musk revealed that his rocket company SpaceX has joined Tesla in holding bitcoin.

While the bitcoin and crypto community cheered Musk's support of bitcoin, the self-proclaimed technoking of Tesla also elaborated on ideas he'd previously floated to use dogecoin and ethereum to "max transaction rates and lower transaction costs."

"Bitcoin by itself simply cannot scale to become the monetary system for the world at base layer," Musk said, arguing bitcoin will "struggle to become peer-to-peer cash with the adoption of a second layer network.

"There may be some merit in combining something like ethereum and dogecoin," Musk said revealing he owns some ethereum tokens in addition to his bitcoin and dogecoin. The ethereum price leaped by almost 10% after Musk's ethereum comments, climbing back over $2,000 per ether token after falling under the closely watched level this week.

"I might pump but I don't dump," Musk said. "I don't believe in getting the price high then selling [and] I would like to see bitcoin succeed."

The price of bitcoin, ethereum and dogecoin have led crypto markets higher over the last 24 hours but even with the revelations Tesla will "likely" restart bitcoin payment support and SpaceX bought bitcoin, major cryptocurrencies have failed to see the kind of rallies that Musk's shock announcement Tesla had bought $1.5 billion worth of bitcoin caused earlier this year.

"There's some merit in considering something that has higher max transaction rate and lower transaction cost and seeing how far you can take a single-layer network with exchanges acting as a de facto second layer," Musk said. "I think you could take that further than people realize and as bandwidth increases over time latency decreases."

"SpaceX and Starlink are actually playing a role in this and long term people will have worldwide access to gigabit-level connectivity at low latency and low cost. So then your base layer could do a lot of transactions if you take that into account."

Starlink, a SpaceX satellite internet network project that now has 70,000 users across 12 countries, is designed to fills geographic gaps between areas covered by ground-based internet connections and cell coverage.

"If someone else doesn't do it then Starlink certainly will," Musk said. "I have high confidence you will be able to maintain a decent finance system while still having a much bigger blockchain. You can make a hash ledger bigger without suffering from decentraliztions, as average connenectivity improves."

Musk's comments, which has has made previously in recent months in interviews and via Twitter, echo the so-called blocksize wars of 2016 and 2017 that caused a schism in the bitcoin communtiy and led to the creation of bitcoin cash, a fork of bitcoin that can support many more transaction per block.

Musk went onto suggest crypto mining—which involves the use of high-powered computers to secure blockchains in return for freshly-minted tokens—could be away to achieve greater energy effiency, if connectivity was good enough.

"What if your space heater was also a bitcoin, ethereum or doge mining node," he said. Crypto mining computers generate heat as they use electricity. "You could be heated up, also mine your crypto and have connectivity in one." 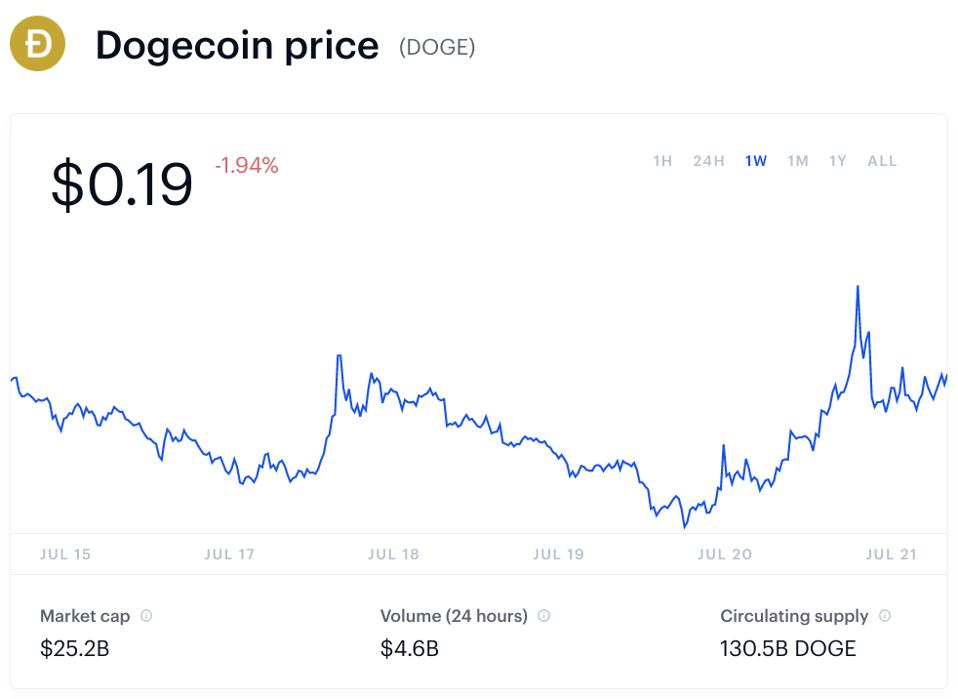 Musk also reitereated why he's attracted to dogecoin, a tongue-in-cheek, meme-based cryptocurrency that was orginally created as a "joke," over other cryptocurrencies like bitcoin and ethereum.

"The doge community is somewhat irreverent. It has great memes and doesn't take itself too seriously," Musk, said, repeating a phrase he's used before: "The most entertaining outcome is the most likely one."

"Bitcoin has a lot of clever ideas but [bitcoin's blocksize] perameters were set in 2008, or something," Musk said. "There have been some improvements since then but not a lot."

"It makes sense to support something that improves the quality of information on which we conduct the economy. Bitcoin is a candidate for [improving money from an informational security standpoint]. It does some things well [and] it's evolving," Musk said, pointing to bitcoin's second layer lightning network that has been used to conduct near-instant bitcoin transactions at low cost.

"But bitcoin per se is mostly solving for scarcity," Musk added, naming bitcoin's decentralized network, its open, anonymous ledger and its proven ability to resist interferance as reasons he's supportive of it.

"But transaction volume is low, transaction cost is high. Usability for the average person is not yet very good. [Though bitcoin] has a lot of potential."