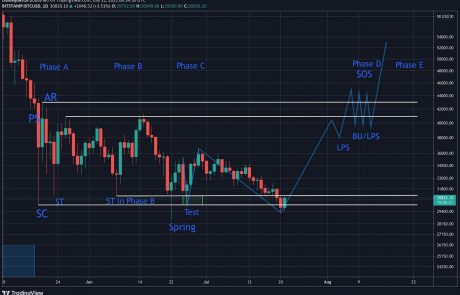 The Wyckoff Accumulation has been highly controversial and discussed pattern over the past two months of Bitcoin’s consolidation.

As previously covered, BTC formed the “test,” a higher low made at $30.1k, after the lows of the “Spring” at $28.8k. BTC then staged a rally reaching a high of $36.6k but struggled to push further as Bitfinex whales started to short. 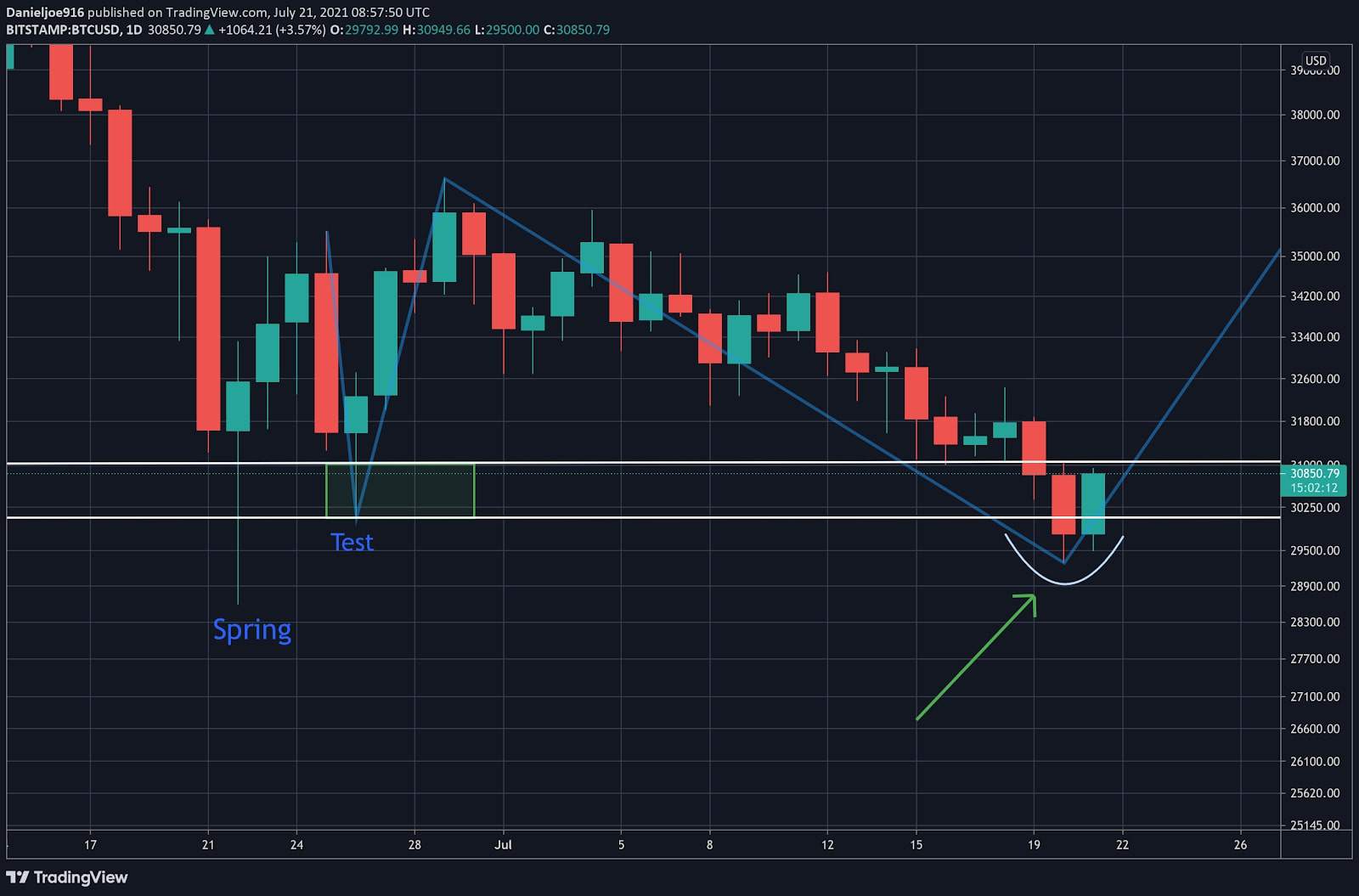 These shorts continued to pile on even as BTC pushed lower for the next few weeks. Selling pressure pushed the cryptocurrency lower to make a daily close below $30k, signaling further downside risk.

The Key Level For BTC

With a daily close below the “Test” phase at $30.1k and major support at $30k, market participants wonder if BTC could fall further.

Regarding the Wyckoff Structure, it appears the “test” lows have been invalidated on an intra-week basis, which is a near-term bearish signal.

The next major level BTC must hold is the “spring” low at $28.8k. Closing below $28.8k will invalidate the larger structure, potentially signaling further downside to $20k to $25k or an extension of the accumulation phase. This could mean that the lows at $28.8k might not be the “spring,” and BTC could have a further downside.

If BTC holds the lows at $28.8k and reclaims $30k or $30.1k on a weekly closing basis, this would signal a fake-out to the downside and form a bullish snapback scenario. So far, the post “spring” and “test” phase has been extended with major support at $30k and $28.8k being tested. Bulls need to reclaim $30k and avoid a fall below $28.8k to prevent further downside.

It’s important to note that it is common for BTC to have “fake outs” and stage snapback rallies after breaking below support. This works both to the upside and the downside.

If the cryptocurrency reclaims $30k on a daily closing basis, this will be a short-term bullish signal. Now that some more BTC shorts were liquidated, it is important to see spot volume follow through to continue the near-term rally to reclaim $30k and $30.1k.

Overnight, All Exchange Netflow, according to CryptoQuant, registered -8451 BTC, a potential sign that the dip was bought. 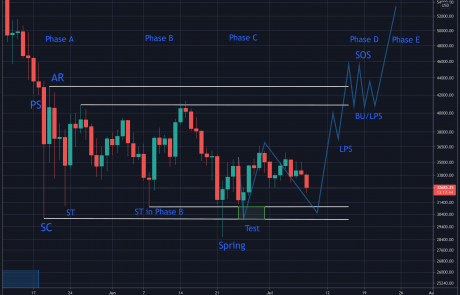