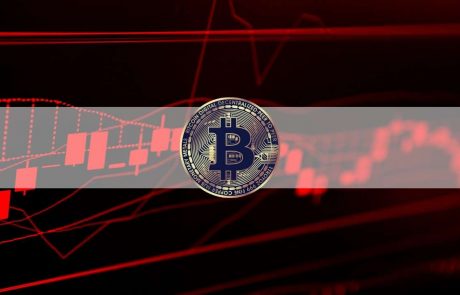 On-chain data suggests that the bullish enthusiasm among bitcoin investors has been slashed, alongside its price. Even while the price has stabilized itself within the $30-35k range for weeks now, funding rates have been consistently negative for that entire time, indicating that investors don’t expect the price to return to its former highs anytime in the next short-term, at least judging by this metric.

What are Funding Rates in the Bitcoin and Crypto Perpetuals?

Due to the fact that perpetual futures has no expiration date and are trading 24/7, there could be a diversion between the perpetual contract price and the asset’s spot price.

Live data from glassnode shows lasting negative funding rates for Bitcoin’s perpetual futures contracts across all exchanges for over a month. As the chart below indicates, the futures market hasn’t remained this bearish for such a long time for over a year.

In fact, the last time they were in the negative territory for that long was the flash crash of March 2020, after which the funding rates stayed in the red for two months straight.

The lack of enthusiasm is understandable, seeing how Bitcoin has hovered worryingly close to the $30k test point for weeks now and has been slow to break out of its narrow price range.

Since the May-19 crash, Bitcoin has been trapped inside a broader range between $30K and $42K, however, over the past weeks, the primary cryptocurrency is mostly trading around the lower half of the mentioned range.

That said, there is a theory to suggest that such periods of low-price volatility, which naturally carry minor trading volume, have often been followed by large breakouts – though this is no guarantee of an incoming boom. 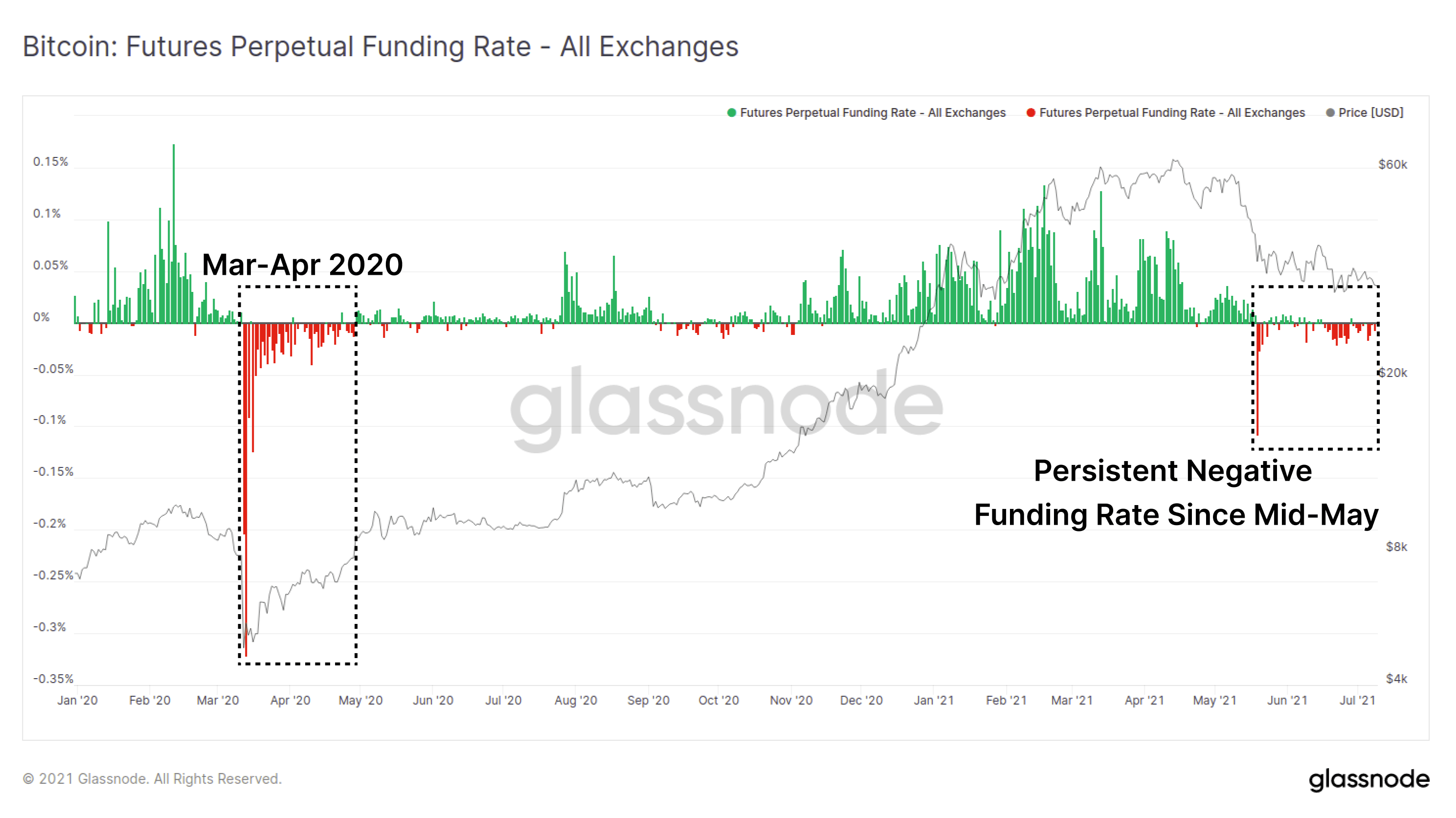 The market crash that spurred the recent bear market was preceded by a wave of negative media coverage about Bitcoin on all fronts – from environmental sustainability to price volatility to news of authoritarian crackdowns.

News outlets continue to decry these same issues alongside Elon Musk. He suddenly turned his back on Bitcoin that same month overstating fears of its environmental harm due to its proof of work consensus algorithm – though these concerns are verifiably exaggerated.

That said, with China weeding mining operations out of the country as of late, there is also technical reason to believe that Bitcoin’s price will take time to recover. The sudden loss of hash power on the network will allow existing miners to produce more coins on the network for the same amount of energy, hence reducing each BTC’s production costs, and in theory, its price.