Israel Seized $7.7M in Bitcoin and Dogecoin Believed to be Controlled by Hamas Terrorist Organization 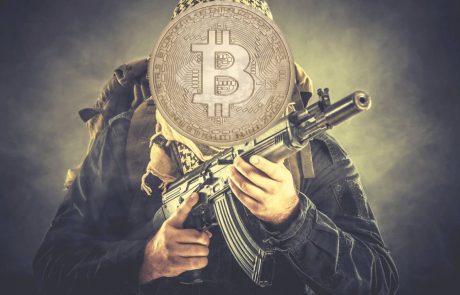 Israel’s National Bureau for Counter Terror Financing ordered the confiscation of 84 crypto addresses considered to be linked with the terrorist organization Hamas. The analysis showed that these digital wallets received more than $7.7 million in cryptocurrencies.

Israel’s minister of defense – Benjamin Gantz – signed a seizure order of 84 cryptocurrency wallets that the officials linked to the Palestinian militant group – Hamas. According to the Israeli government, these addresses were used in terror-related activities.

The London-based blockchain analysis provider – Elliptic Ltd. – revealed that the alleged crypto wallets received over $7.7 million in digital assets. It is worth noting that not all the addresses should be related to the terrorist organization as they were part of a larger network:

“Some of the addresses are part of larger services and not all of these funds may be associated with terrorism. When calculating this figure we excluded funds sent to addresses known to be used by services such as exchanges to receive deposits from multiple users.”

Elliptic asserted that most of the wallets were previously linked with the Al-Qassam Brigades – known to be the military wing of Hamas. Moreover, the addresses were employed for a fundraising campaign between January 2019 and May 2021, which raised more than $100,000 in BTC.

Per the seizure order, it became clear that Hamas used multiple cryptocurrencies, including Bitcoin (BTC), Tron (TRX), Ether (ETH), and even the “meme coin” Dogecoin (DOGE). Interestingly, the stablecoin Tether (USDT) ranked first as the most issued digital asset by the terrorist organization. 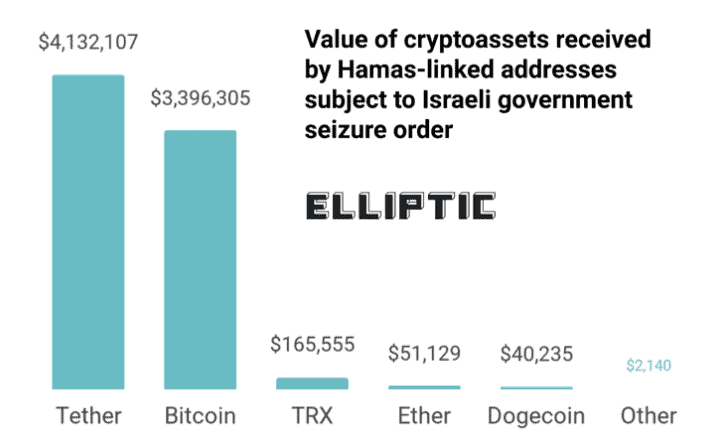 Palestine Working on its Own Digital Currency

The Islamic State of Palestine is currently going through highly turbulent times. Due to complex historical and cultural differences, Israel and Palestine recently declared war on each other.

Furthermore, the Jewish country does not recognize the existence of the State of Palestine and even imposed financial control on the region. Relying on a mixed economy in which Israeli Shekels (ILS), Jordanian Dinars (JD), and even U.S. dollars moved in and out, the Palestinian Monetary Authority started contemplating issuing its sovereign digital currency.

Some experts opined that the effort would grant Palestine a higher level of financial independence:

“As a result, they [the Palestinians] sometimes have to borrow to cover foreign exchange payments to third parties and are stuck with a glut of Israeli banknotes. That could be one reason a digital currency would be attractive to the Palestinian monetary system.”

Despite the Crash: Mike Novogratz Still Believes Bitcoin is the Future