Litecoin’s emerging utility has this impact on its network effects Even though many traders may have overlooked it, Litecoin has grown significantly over the last ten years. The prevailing market downtrend, at press time, had pushed its on-chain metrics down, but the digital asset can still be considered a store-of-value and “digital silver” to Bitcoin’s gold. 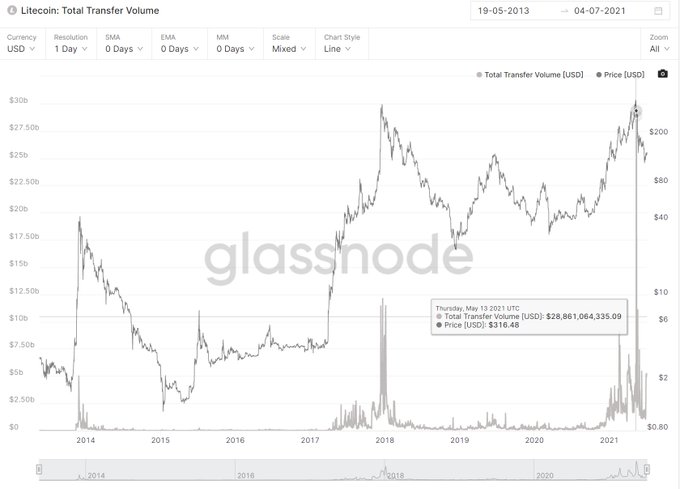 At the time of writing, however, the transaction volume for the same had fallen close to the $25 billion-level as the value of LTC fell on the charts.

The current market volatility has impacted LTC’s gains for 2021. As per data, for instance, the asset was returning a mere 1.86% year-to-date at a trading price of $138.31. However, a new quarter could help boost LTC’s standing in the market, especially after being deemed as a “regular” payment medium.

Although the asset was previously looked at as a method to transfer Bitcoin during the peak cycle, the maturity of the crypto-space and Litecoin has introduced more use-cases for it. It has now become one of the major crypto-assets for payment purposes. The median value per transaction, for instance, hit $160.43 on 13 May, with a figure for $28 billion in terms of transaction volume. What this means is that the users are interested in using the digital asset for holding, trading, and even transacting purposes.

“#Litecoin is 1 of only 4 #cryptos on Venmo & PayPal & 2nd only to #BTC in # of crypto ATM’s sites globally.It also boasts a comparable growth rate in overall, new & non-zero addresses with both #Bitcoin & #Ethereum w/o most of the marketing & news those two receive.” 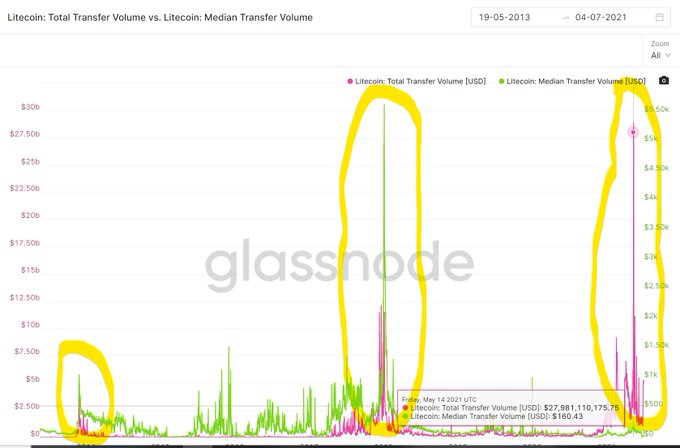 Even though these figures underline the overall growth of the LTC network, the short-term picture has kept investors at bay. This was especially the case when new projects and protocols were garnering more attention from crypto-users.

However, as per Charlie Lee, there are certain updates incoming that could prove to be “game changers” for the asset. With the addition of fungibility and privacy, the asset would be closely recognized as sound money and would set it apart from Bitcoin. The impact of these updates on price will be only visible upon launch.

Litecoin has reported tremendous growth over time and its contribution to crypto cannot be denied. However, how it does over the next few months and years is still an uncertainty.