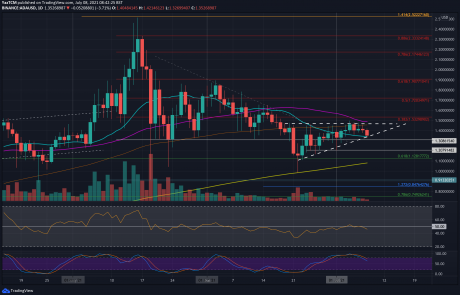 ADA is consolidating inside an ascending triangle pattern that was initiated toward the end of June. The coin tumbled to its lowest price in June and found support upon the 200-day MA live (yellow on the chart) at $1.00 and since then – rebounded sharply to form a bullish triangle.

This pattern tends to break upside (that’s why it’s called a bullish triangle); however, there is also the situation of a breakdown. As of writing these lines, the lower angle of the triangle is being tested before a possible break-down.

At the start of this month, July, ADA pushed higher and attempted to break toward the upside of the triangle. Unfortunately, it could not penetrate the roof at $1.48, further bolstered by the 100-day MA near there.

It has since dropped lower as it fell beneath $1.40 today to find the support at the lower angle of the triangle at $1.34, provided by the 20-day MA. The decreasing amount of volume is usually a sign anticipating a large price move. If the price can’t find support at current levels, the move will likely be toward the downside. 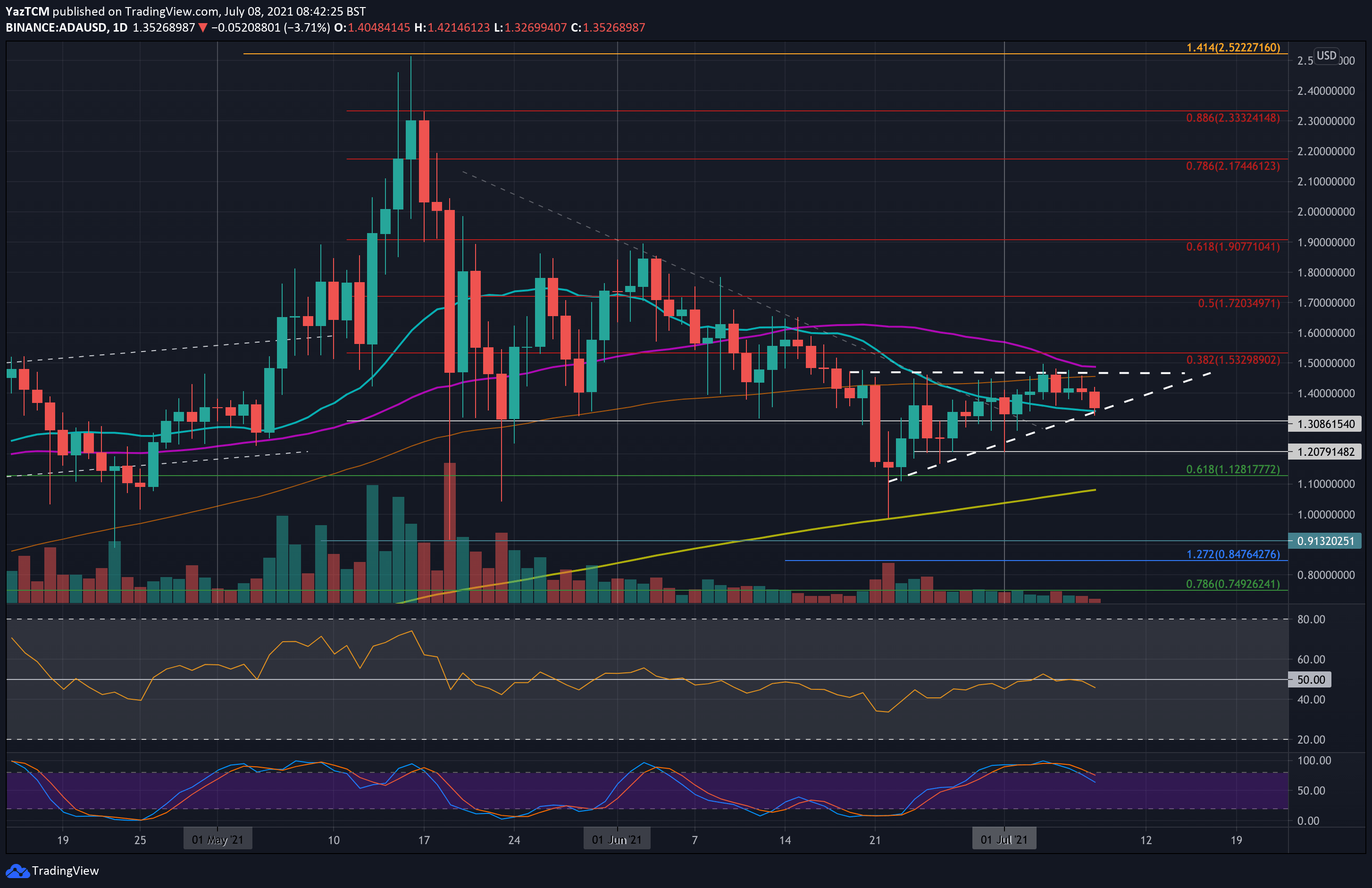 The RSI recently dipped beneath the midline again, indicating the bearish momentum might be starting to increase.

ADA is also trading inside an ascending triangle against bitcoin. Unlike the ADA/USD pair, ADA/BTC is currently battling to break the upper angle of the consolidation pattern and remain above the 50-day MA around 4160 SAT.

ADA/BTC rebounded from support at 3540 SAT at the end of June and established support at 3820 SAT. It bounced from there at the start of July to hit the upper angle of the triangle and the 50-day MA. 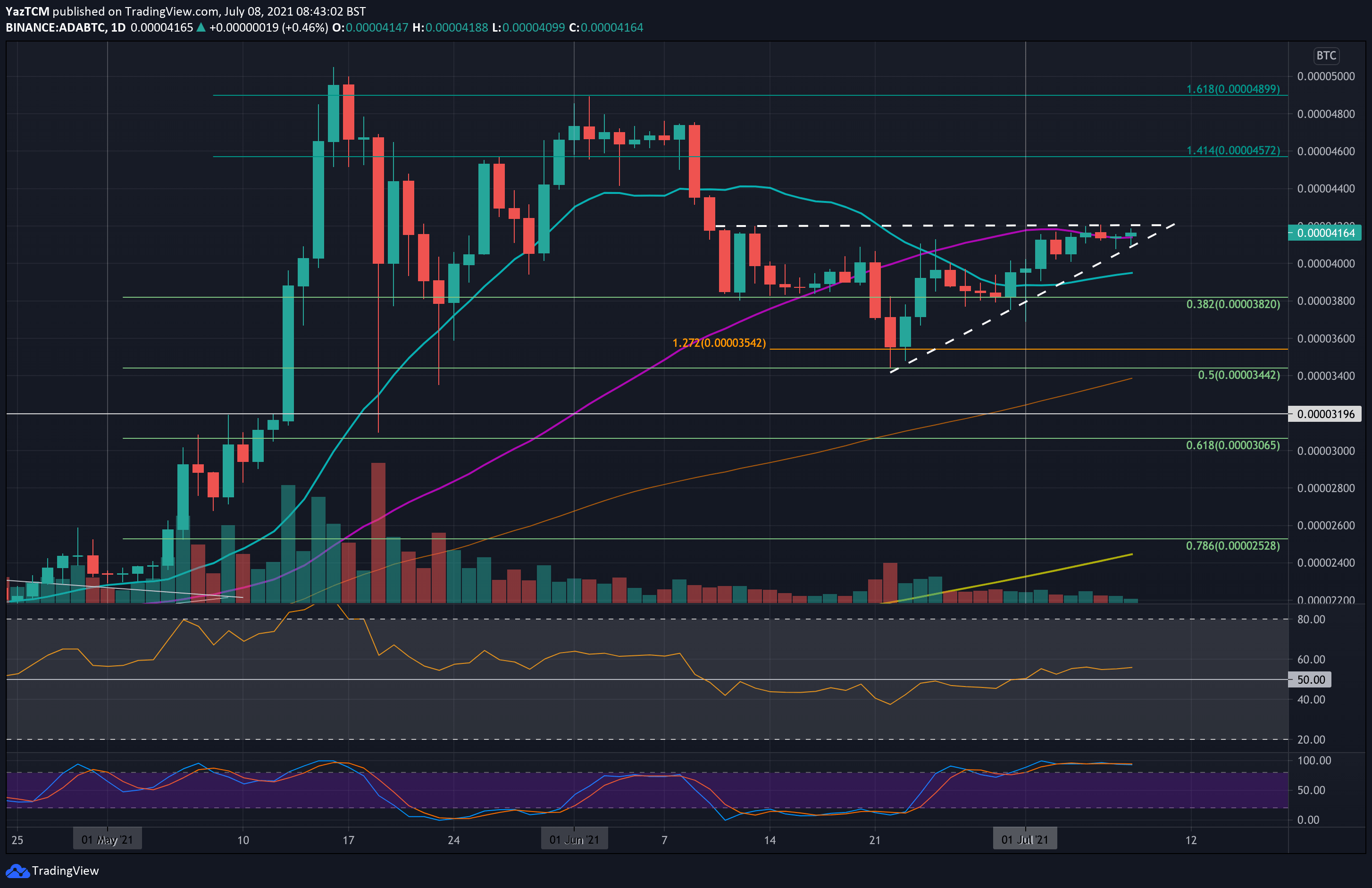 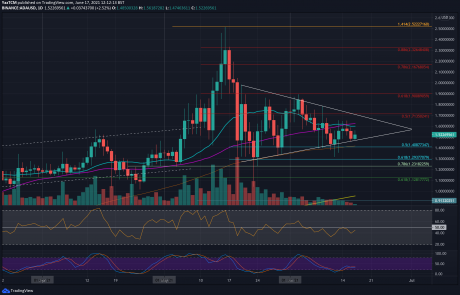