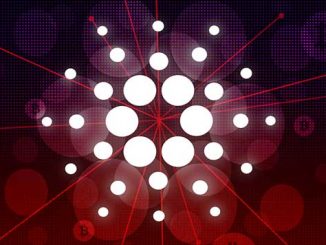 Cardano price has gained traction from the support in June around $1. Initially, the uptrend had been capped under $1.42, but a recent break above this crucial level gave bulls a seat in the cockpit.

At the time of writing, ADA trades at $1.425 while embracing support at $1.42. Its immediate upside is limited by the 200 Simple Moving Average (SMA) on the four-hour chart. The 50 SMA also adds credence to the short-term support, which must hold to ensure that bulls’ focus on the uptrend toward $1.72.

The upcoming smart contract cryptocurrency endured a prolonged consolidation period that began after the selloff in June. While its price has made a series of higher lows since then, the $1.42 resistance level continued to reject Cardano from advancing further.

A recent spike in the buying pressure behind the pioneer cryptocurrency allowed it to break the overhead resistance, as illustrated. At the moment, Cardano could shoot up by 22% based on the ascending triangle formation, with a target determined by the distance between the two highest points of the pattern and adding it to the breakout point.

The Relative Strength Index (RSI) affirms the bullish outlook after holding above the midline. As the RSI moves toward the overbought region, Cardano’s uptrend becomes solid. Moreover, the Moving Average Convergence Divergence (MACD) will present a buy signal in the near term if the 12-day EMA crossed above the 26-day EMA. Besides, bulls will remain in control if this technical tool holds in the positive region.