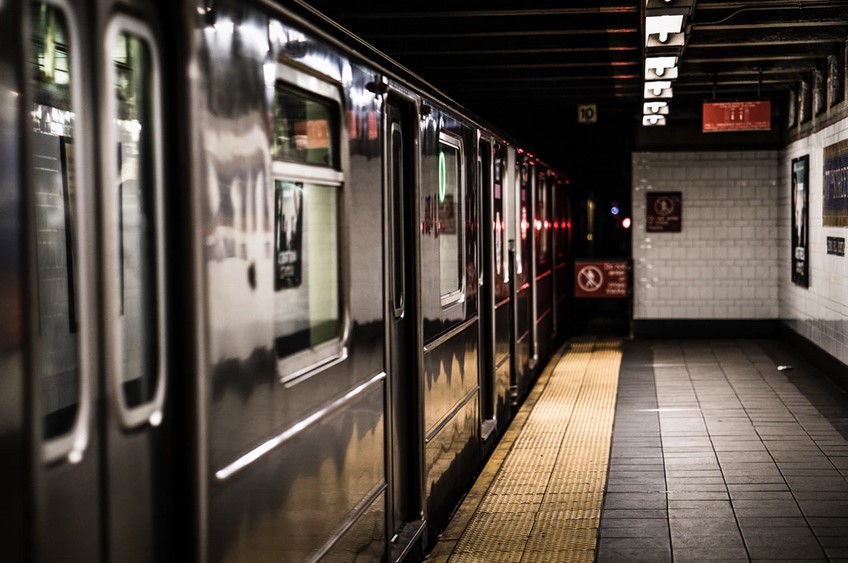 China’s Digital Currency Electronic Payment (DCEP), also called Digital Yuan or e-CNY, will be tested on Beijing’s Subway. The Asian Giant has launched a fresh crackdown on the crypto industry and seems to be preparing for a big move on their DCEP project.

Via its Twitter handle investment firm Sino Global Capital reported on the test. The Digital Yuan will be used with a QR code mechanism to pay for the entry and exit from this transportation system.

Chinese users must download an app from the Beijing government tied to the Industrial and Commercial Bank of China (ICB) and activate the Digital Yuan service. The test will be operating in 24 lines of this city’s subway and 4 suburban railways, Sino Global Capital said.

For users who have opened ICBC’s DCEP / e-CNY, they can click on “Yitongxing/亿通行 APP” under the ICBC Wallet in the “Sub-wallet” section of the digital renminbi APP, and then navigate to the “Digital RMB Zone” of the Yitongxing APP to open the service.

After this test phase, the investment firm claims that the Beijing Subway will continue to promote the use of the Digital Yuan in “multiple scenarios”, such as ticket sales. The DCEP will be leveraged to improve the users’ travel experience.

How The Digital Yuan Will Impact Global Economy

In a separate report, the former top Japanese financial regulator Toshihide Endo believes the Digital Yuan will have a direct effect on the global economic dynamics. Specifically, Endo said that other countries could feel pressure to double down on their effort to launch their own CBDCs.

If it launches a CBDC, China will be armed with huge social infrastructure. It would be a move hard to ignore for other nations. Japan and other advanced nations will face the tough question of how quickly they should follow.

The People’s Bank of China (PBoC) is way ahead of its counterparts in Asia, Europe, and the United States. While Japan began its CBDC project in April, Europe’s project seems to lack a unified direction, and the U.S. still debates the benefits of digital assets.

China has already caused a commotion in the crypto market. The Asian giant decided to expel a large majority of Bitcoin miners. As a consequence, the hashrate for this network has dropped to a 1-year low with 90 TH/s, according to data provided by Blockchain.com. 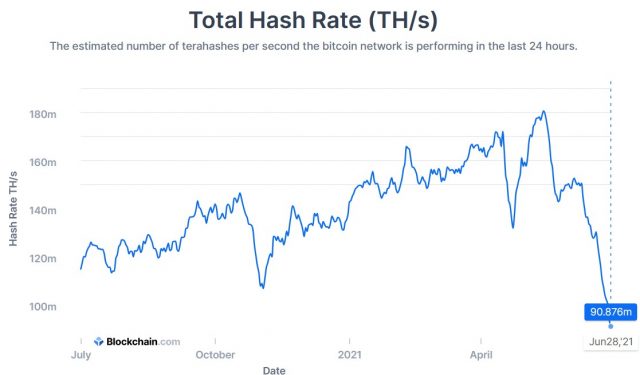 In addition, miners migrating their operations out of China has increase selling pressure in the market. Thus, Bitcoin’s price has experienced several selloffs in the past weeks.

At the time of writing, BTC trades at $34,789 with 4% losses in the daily chart. The first cryptocurrency by market cap was rejected as it climbed back to the higher zone in the current ranges and could face further downside unless it breaks about resistance at $37,000. 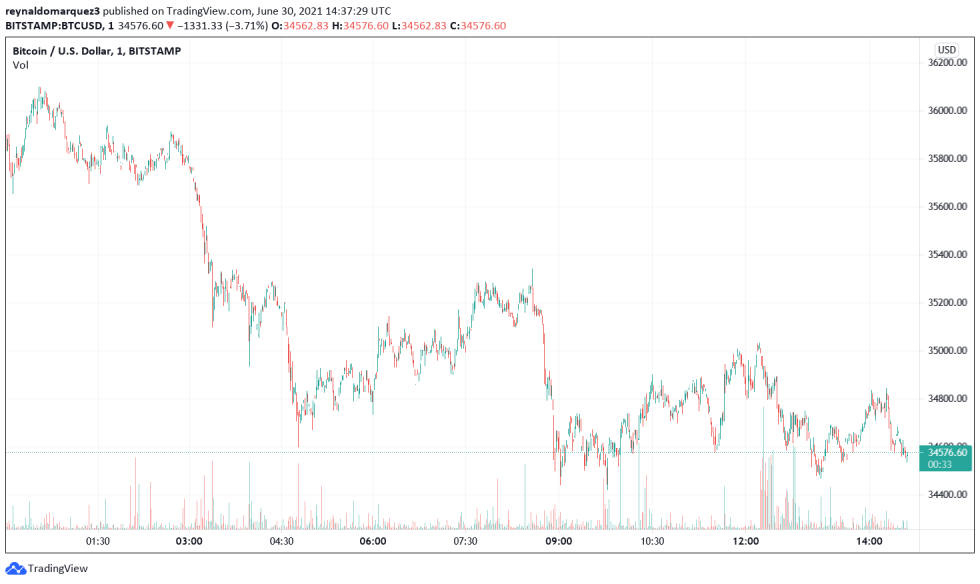 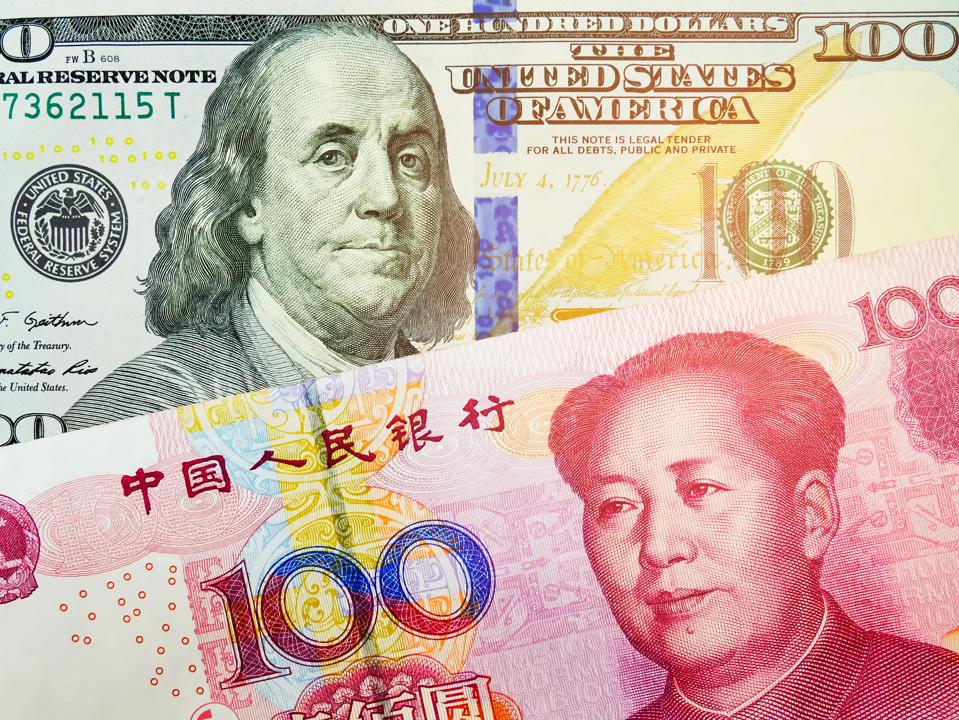 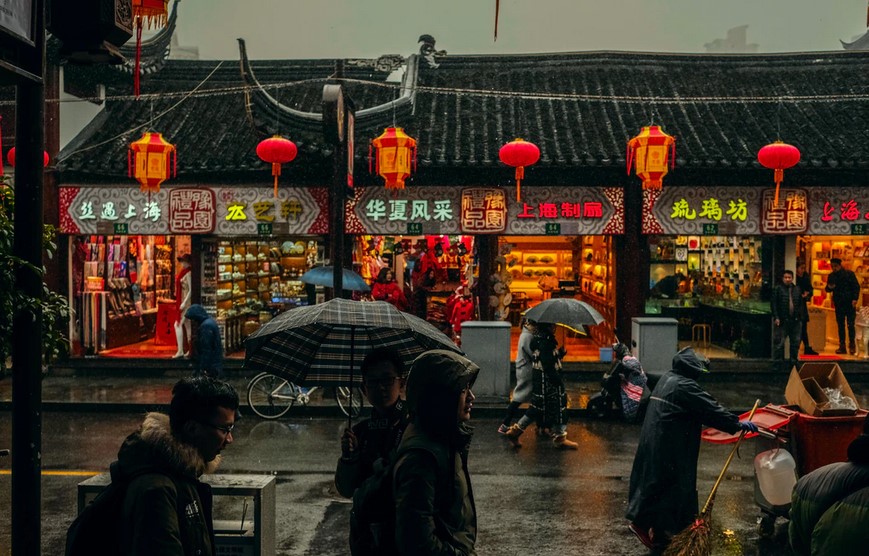