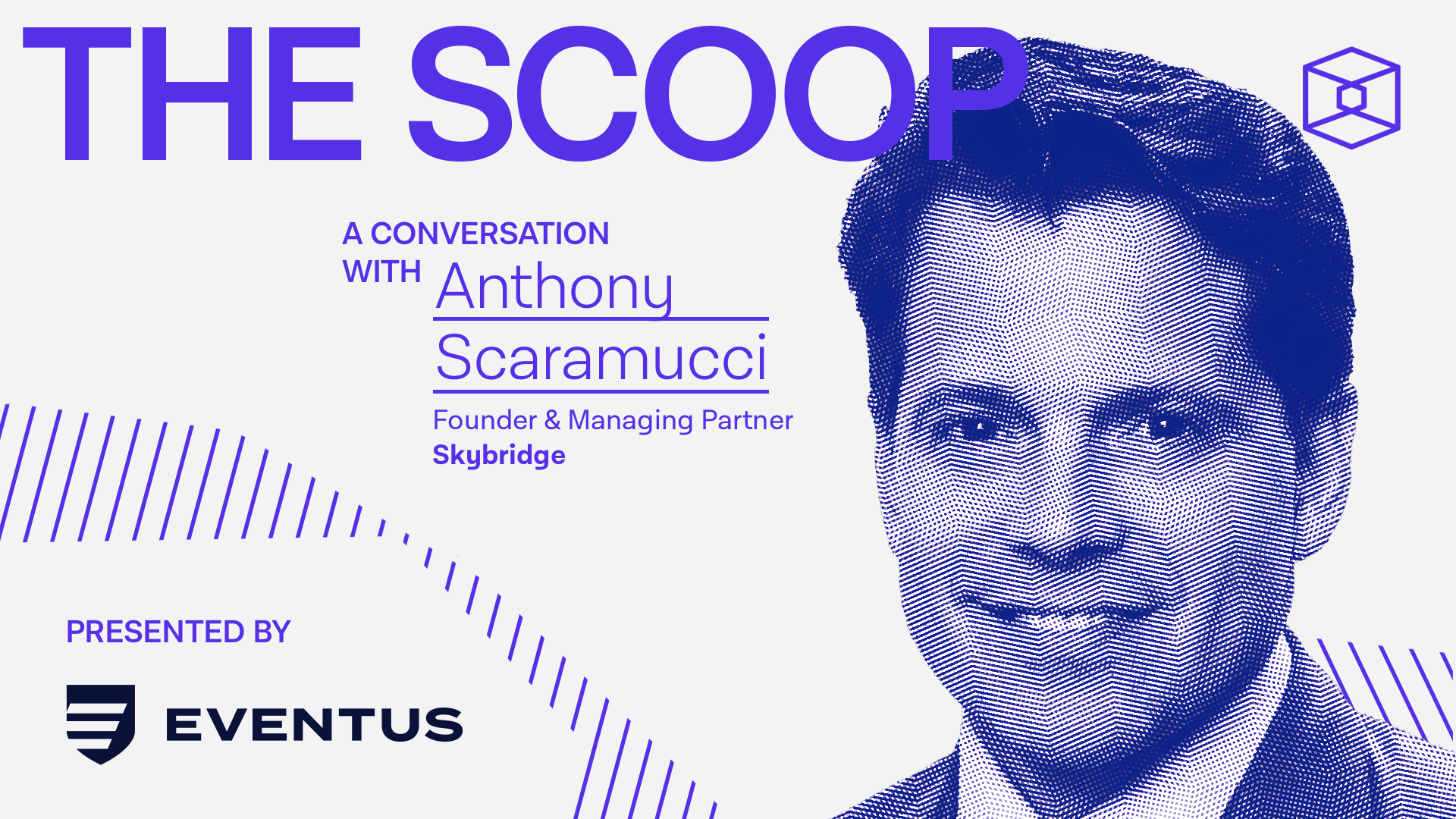 Anthony Scaramucci — the New York financier and former White House official — first jumped into the crypto fray at the end of last year.

Now, Scaramucci is going all in.

During the latest episode of The Scoop, the Skybridge Capital founder walks listeners through his journey to bitcoin. Skybridge first began investing in BTC at the end of last year.

"We have a full commitment to crypto," he remarked.

Since then, Skybridge has thrown its hat in the bitcoin exchange-traded product ring and also plans to launch an ETF that has exposure to publicly traded cryptocurrency companies.

Indeed, Skybridge is one of a number of U.S. companies vying to go to market with a bitcoin ETF. But the Securities and Exchange Commission has yet to give the nod to such a product, and the proposed ETF that's furthest along in the process — put forward by asset management company VanEck — is now the subject of an additional comment period. Other companies, like NYDIG, Fidelity and Cathie Wood's ARK Invest, are among those pursuing bitcoin ETF launches.

Skybridge also has plans to launch a private Ethereum fund.

"July 1st, we're launching a private Ethereum fund. We’ll then file for an ETF for Ethereum. Again, it is anybody's guess when those things will be going," he said.

Scaramucci went on to say:

"I can say — which is public information — that we did file for an ETF related to Bitcoin. We also have a UIT with a company out of Wheaton, Illinois, called First Trust… as we're speaking, we're making an announcement on an ETF for a digital innovation fund that has some great publicly traded assets that we think are geared related to [Ethereum], related to Bitcoin, but also the other coins."

Scaramucci believes he can lean on his Wall Street chops for product adoption. He cited Morgan Stanley’s buy-in to SkyBridge’s digital asset portfolio as another example of Wall Street’s appetite for Bitcoin. “Morgan Stanley is a very big part of our business."

Remaining firm on his bullish stance on Bitcoin’s valuation, Scaramucci told The Scoop:

“Here's what I think. I think that we'll be sitting here a year from now, there'll still be skeptics, still be people that are fence-sitters, but there will be slightly more people in the pool with us and, as a result of which, the prices will be higher. And I just think this is one of those weird assets where the higher the prices go, the more people are going to be drawn into the pool.”