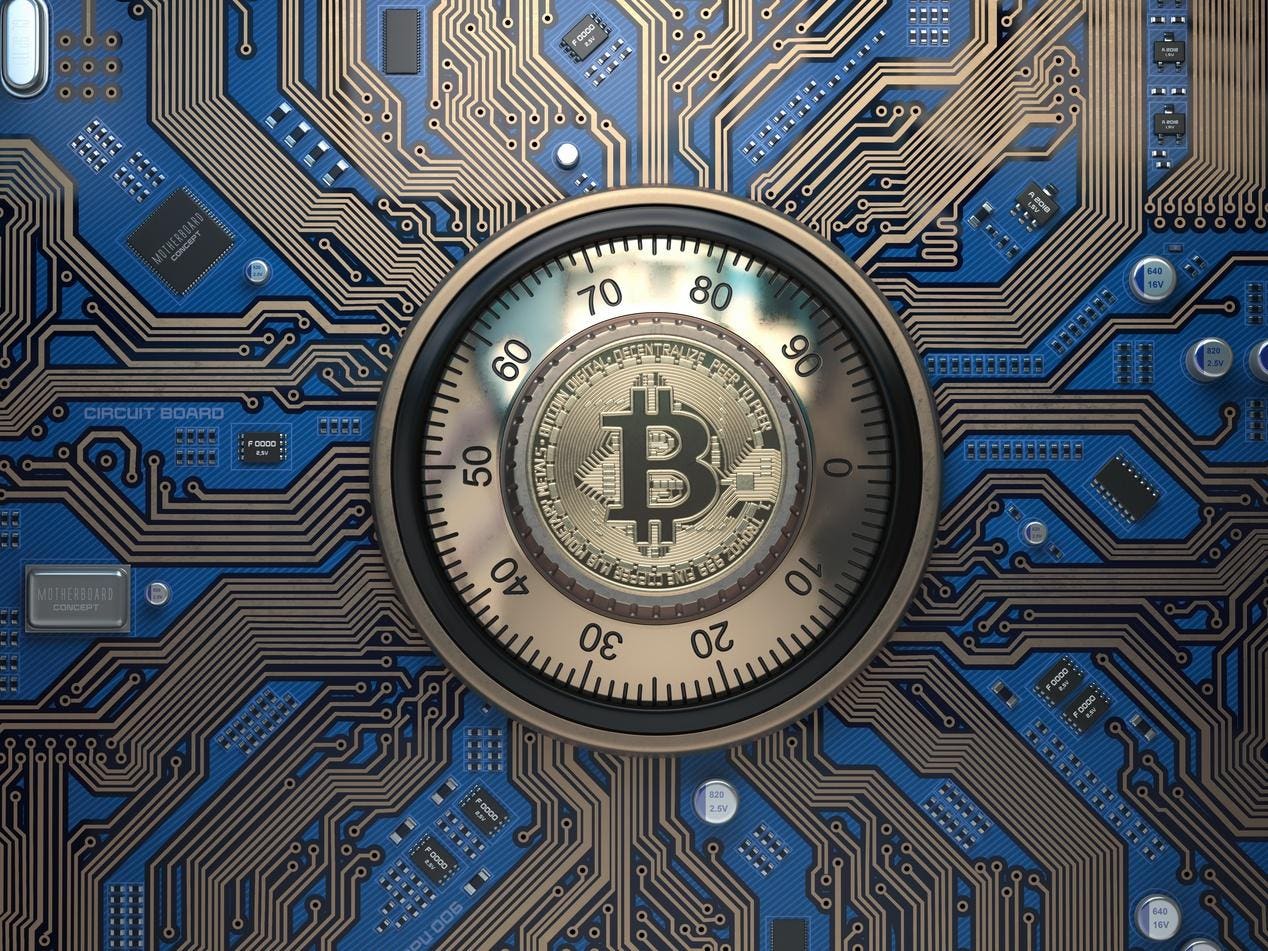 Bitcoin (BTC) traded below chart support at 30,000.00 on Tuesday, down to 28,800.01. This weakness occurred due to the formation of a death cross over the weekend. This will be shown on the daily chart below.

The death cross occurred when the 50-day simple moving average fell below the 200-day SMA. These levels are well above its annual value level at 18,798.71, which is the downside risk.

The daily chart for Bitcoin: 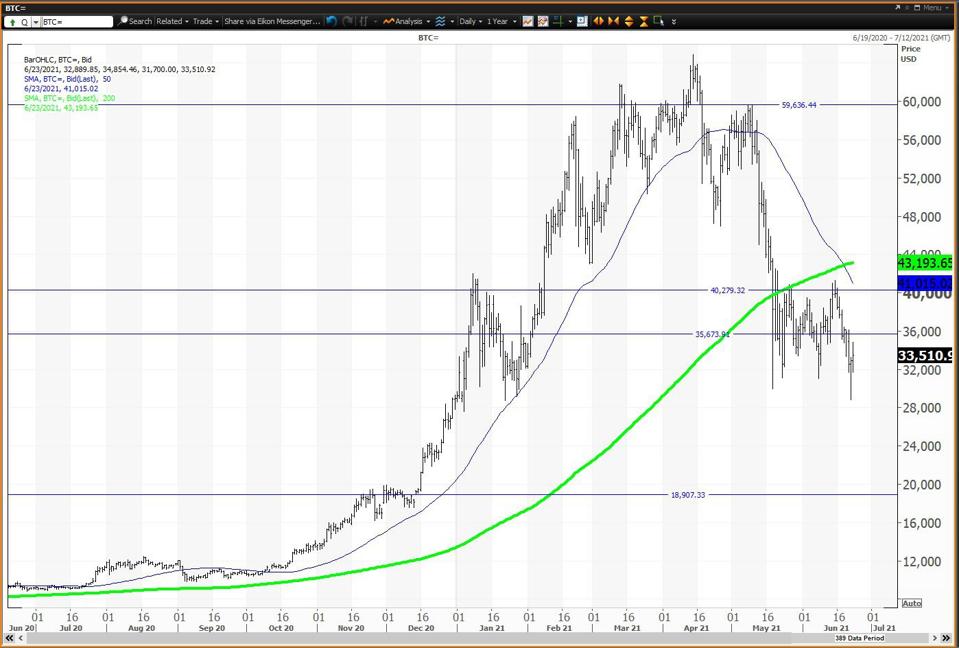 With the bubble popped, bitcoin will be extremely volatile. Use moving averages and my value levels, pivots and risky levels to capture the choppy trading patterns for bitcoin. The semiannual pivot at 35,643 has been a magnet today.

The weekly chart for Bitcoin: 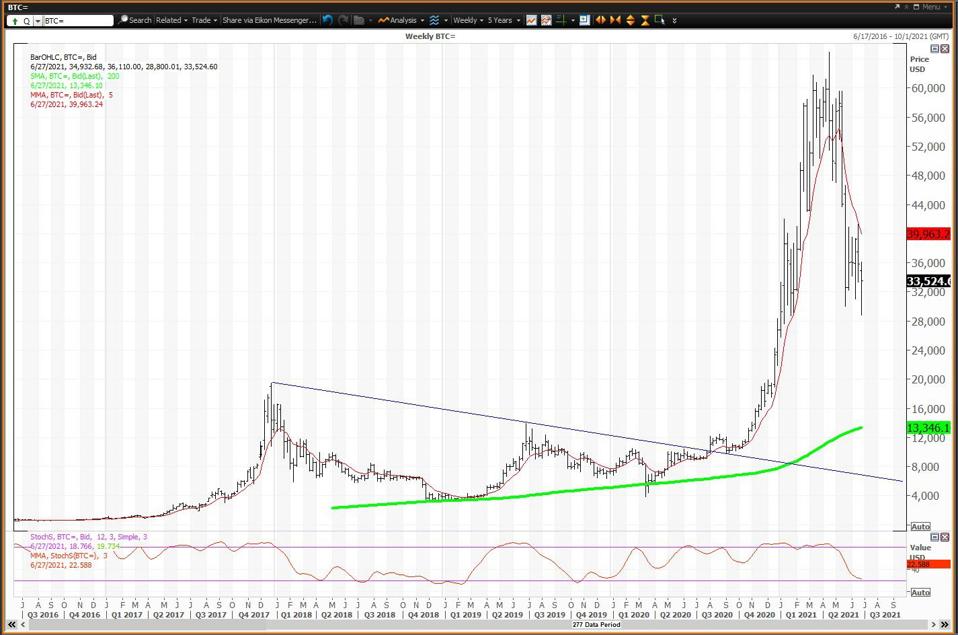 The weekly chart for bitcoin is negative. It’s below the five-week modified moving average at 39,988.30. The downside risky is to the 200-week simple moving average at 13,346.70. This would be a return to the reversion to the mean, which clearly held between November 2018 and March 2019. This key moving average held again in March and April 2020.

Note that the 13x3x3 weekly slow stochastic reading is declining at 22.62. This means that bitcoin is not yet oversold. If this reading were to decline below 20.00 it would become oversold.

The long term buy recommendation occurs when the reading falls below 10.00, as such a move would make bitcoin too cheap to ignore. 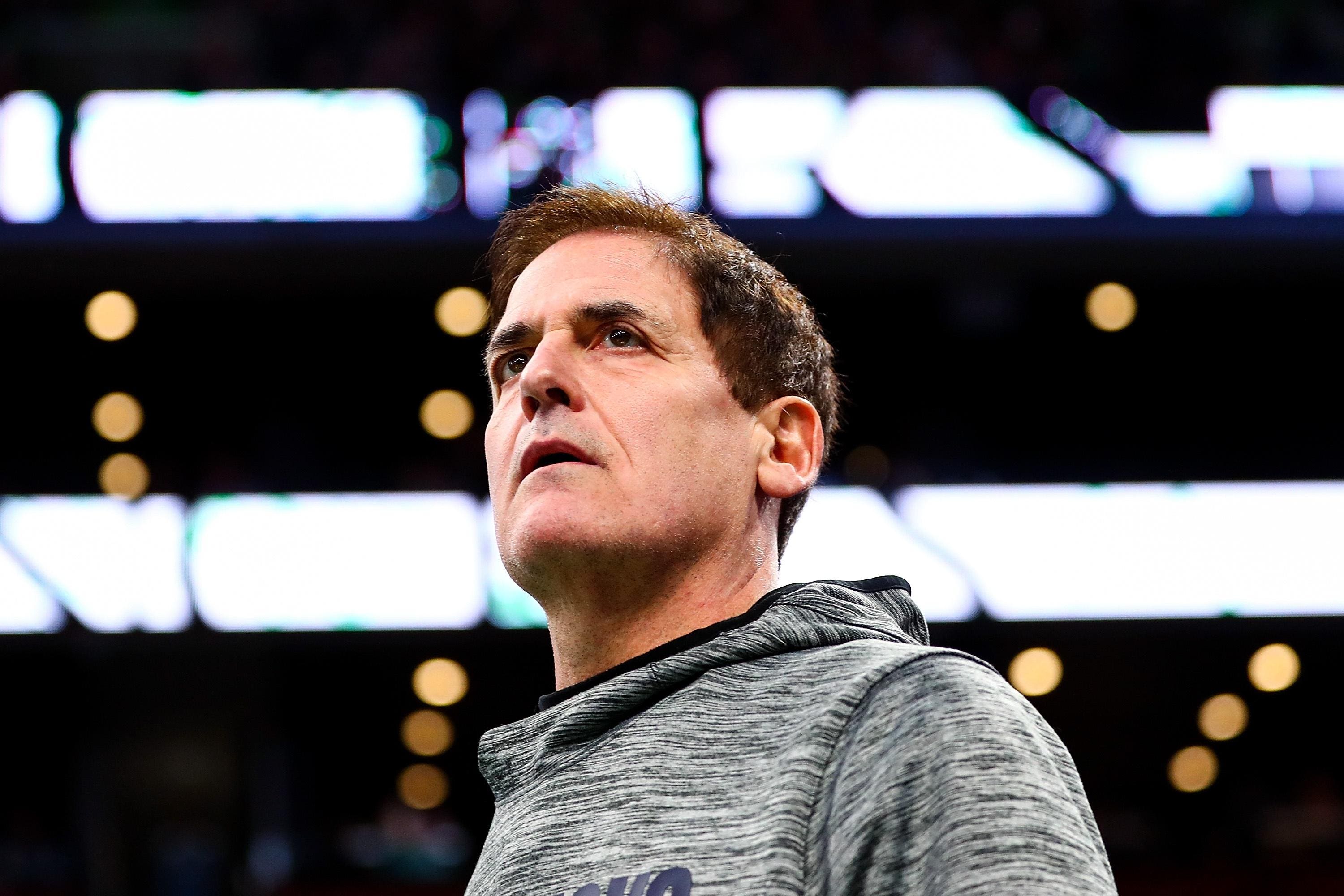 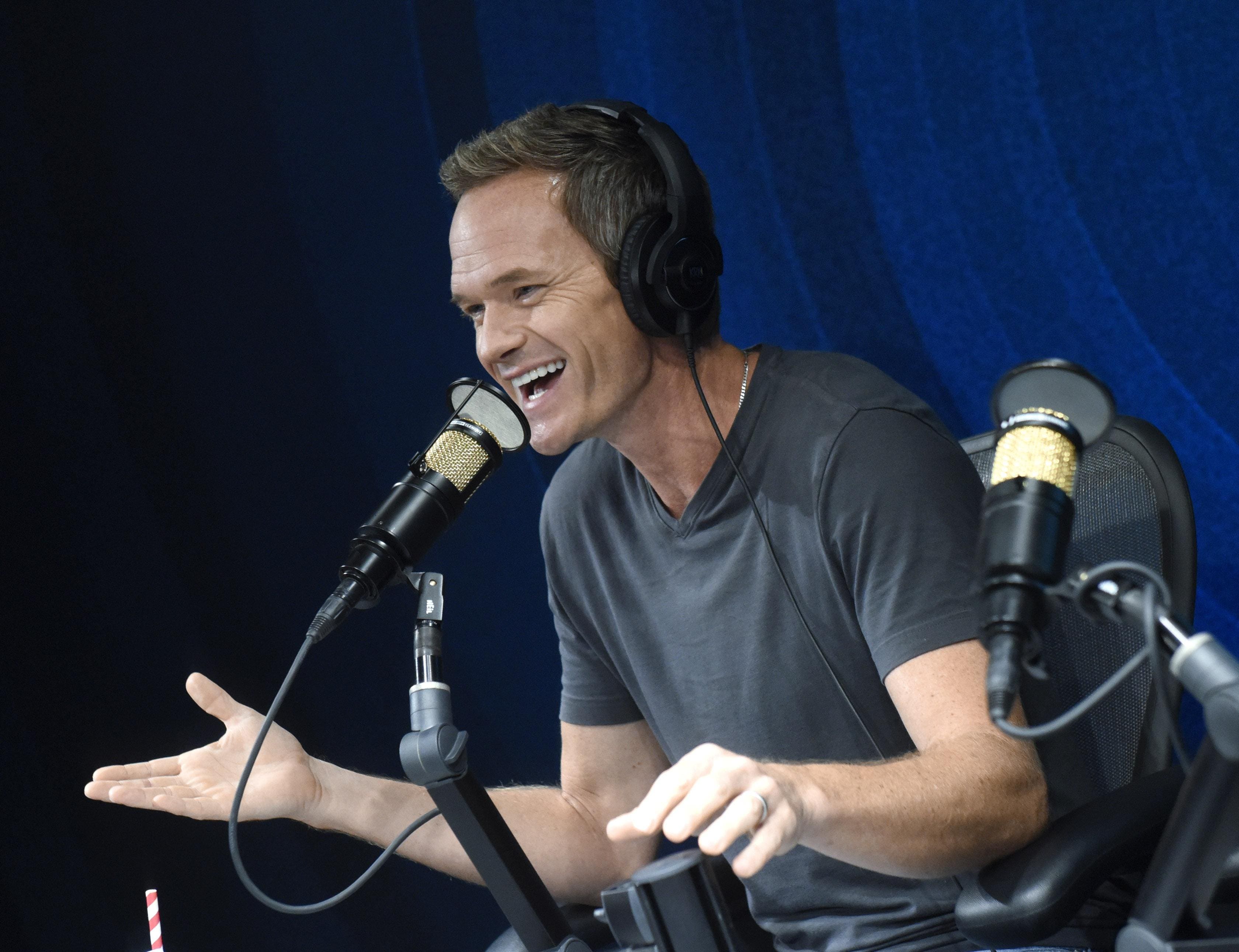