The current week is turning out to be a roller-coaster ride for Bitcoin and its investors. It started with Bitcoin being valued at just above $35,000, but the asset declined by 11.21% on the same day. In fact, BTC’s price got worse the following day and Bitcoin touched a new regional low of $28,800.

Now, at press time, Bitcoin was trying to establish a quick bounceback, one oscillating between $32,000-$33,000. Some of the market’s popular analysts have suggested that the latest dip could be the bottom, and we might potentially scale up again. However, this statement feels like a broken record, repeated several times since 19 May.

And yet, one essential side of the market that can still make a difference is the institutional end. In this article, we will look into the current situation with accredited investors and their involvement with Bitcoin.

According to recent data, the total Open Interest in Bitcoin Futures has depleted by ~60% since the beginning of April 2021. Open Interest, at press time, was sitting at $11.5 billion, dropping down from approx ~$28 billion. The drop in interest could mean that investors are currently taking measures before diving back into Bitcoin.

Back in October 2020, institutions were able to identify an uptrend when the likes of Grayscale initiated their rigorous accumulating spree. At the moment, however, due to a downtrend, there are concerns about backwardation. According to Arcane Research, for instance, three-month Futures in BTC are presently at backwardation, meaning the common belief is that prices are going to be lower over the next 3-month period.

Is that the entire truth?

While long-term backwardation can flip depending on the price action, it is important to note that it is a strong bearish signal. However, the institutions weren’t exactly done. 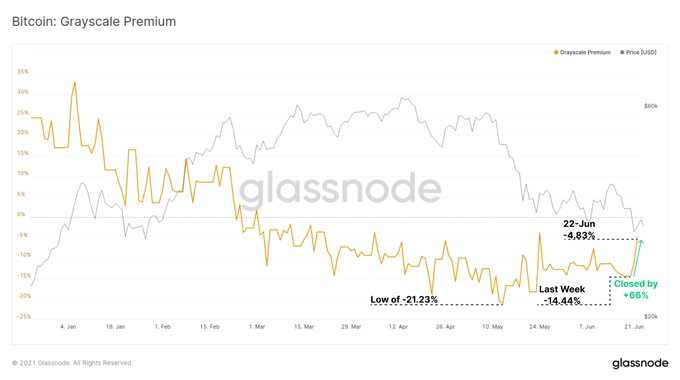 Surprisingly, Grayscale‘s GBTC product has been trading higher this week, as data suggested that it trimmed down the price gap to spot value by 66%. Yesterday, GBTC product was trading at a discount of -4.83% but at press time, premium rates had dropped again to -12.83%.

Say what you may, but it requires only one big player to sometimes swing the entire trend and propel others to follow. At press time, Cathie Wood of Ark Invest was trying to play her role in that manner. Taking advantage of the drop, Wood and Ark Invest bought over 1 million GBTC shares and double-downed with a huge 214,718 share purchase for COIN (Coinbase).

It is essential to understand that Cathie Wood is a long-term bull in the market, but such concerted movement of big investors may allow the market to recover and possibly, re-establish another rally.

So, are we close to another bullish leg up?

Nope, not close. Price action-wise, the situation remains the same. Bitcoin is still struggling to find consistent momentum upwards, something that is leading to outright panic amongst retail investors. The $40,000-market remains crucial for BTC, under which, the trend continues to remain uncertain. 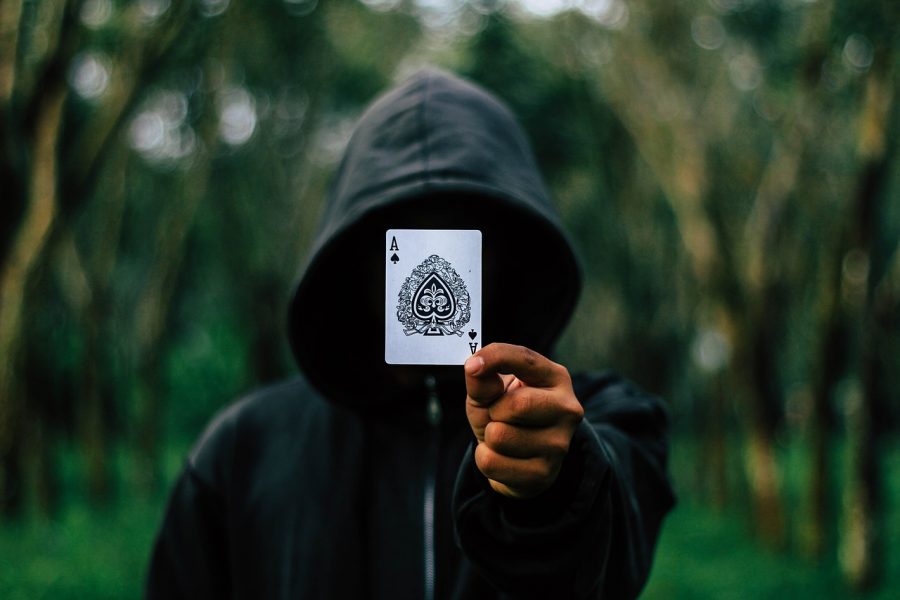 Does Bitcoin have a ‘bullish ace up its sleeve?’