Bitcoin and cryptocurrency prices have struggled this week with the crypto market's combined value slipping under $1.5 trillion—down from $2.5 trillion in May.

The bitcoin price, after getting an unexpected boost from Tesla billionaire Elon Musk last weekend, has resumed its decline over the last few days, falling back toward $30,000 per bitcoin.

Now, as bitcoin charts show the price 50-day moving average has fallen below the 200-day moving average—a pattern known as the "death cross"—Coinbase cofounder Fred Ehrsam has warned "most" cryptocurrencies and crypto-assets "won't work" and "90% of NFTs" will have "little to no value in three to five years."

Sign up now for CryptoCodex—a free, daily newsletter that explains the world of bitcoin with brevity. Arriving in your inbox at 7am ET every weekday

Bitcoin's "death cross," despite its ominous name, appears to be a lagging price indicator. The last time the trading pattern occurred in March 2020, it heralded a huge bitcoin bull run that helped even smaller cryptocurrencies surge to all-time highs.

"People are going to try all sorts of things," Ehrsam, who has gone on to found the blockchain investment firm Paradigm since leaving Coinbase in 2017, told Bloomberg this week, warning many of those smaller cryptocurrencies won't survive. "There'll be millions and millions of cryptocurrencies and crypto-assets, just like there were millions and millions of websites. Most of them won't work."

Coinbase, the San Francisco-based bitcoin and cryptocurrency exchange, went public this year at a huge $100 billion valuation but has since seen its market cap plummet, falling by a third amid waning interest among retail traders and global regulatory pressure.

Since bitcoin was created in 2009, thousands of cryptocurrencies have been created with crypto data provider CoinMarketCap currently counting just over 10,000 different coins.

Some, such as ethereum, the second-largest cryptocurrency after bitcoin with a market capitalization of $250 billion compared to bitcoin's $660 billion, have established themselves as cryptocurrency mainstays—while others including EOS and, more recently internet computer, have made splashy debuts only to fade away over time.

Internet computer's ICP token is down over 90% from its all-time high price set shortly after its launch in May, while EOS, which made headlines when it raised $4.1 billion ahead of its launch in 2018, is trading 80% lower.

Ehrsam also warned against investors betting on NFTs (non-fungible tokens). The popularity of NFTs, that use cryptocurrency technology to allow all manner of digital real estate from artwork to tweets, memes and YouTube videos, to be tokenized and sold via a blockchain, has exploded over the last few months—though data suggests the market is already significantly down on its early-May peak. 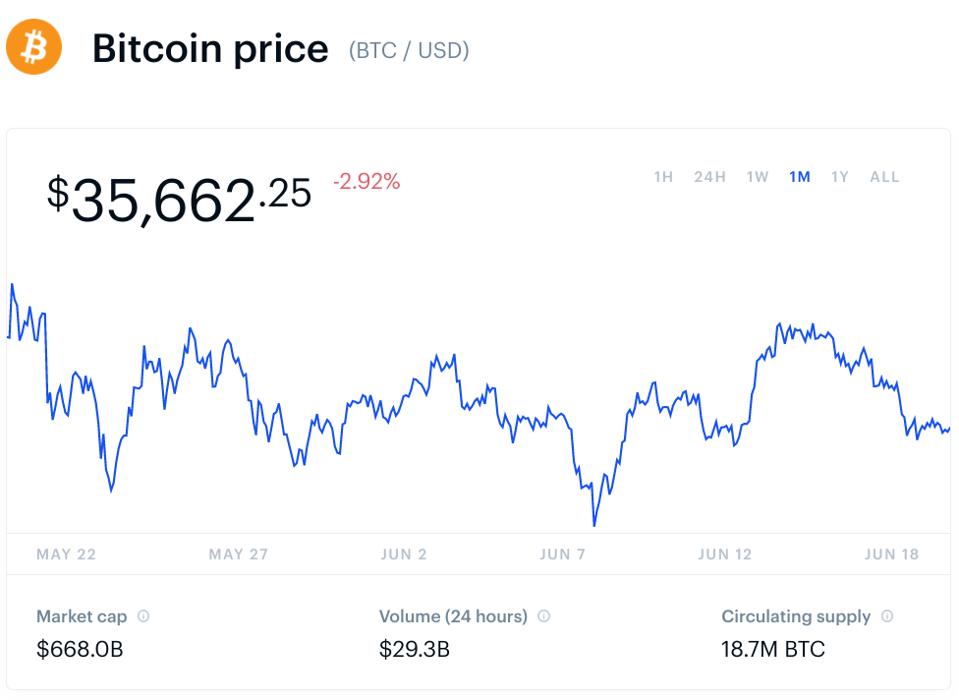 "I'd go so far as to say that 90% of NFTs produced, they probably will have little to no value in three to five years," said Ehrsam, comparing the recent NFT craze to "early internet companies in the late '90s" when many Silicon Valley startups suddenly emerged with eye-popping valuations only to disappear entirely in the following months and years.

In March, at what may have been the height of NFT mania, the digital artist known as Beeple sold an NFT of his work for a mind-numbing $69 million, making him "among the top three most valuable living artists," according to the auction house Christie’s.

However, despite the peaks and troughs of the bubbly crypto market, Ehrsam remains convinced bitcoin and cryptocurrencies are here to stay.

"I think crypto is the next internet-sized opportunity for the United States," he said, predicting that the complaints leveled at bitcoin that it is too energy inefficient from the likes of Tesla's Elon Musk and billionaire philanthropist Bill Gates will be dispelled eventually. "The world doesn't change overnight, but you can see the seeds of exponential growth occurring already." 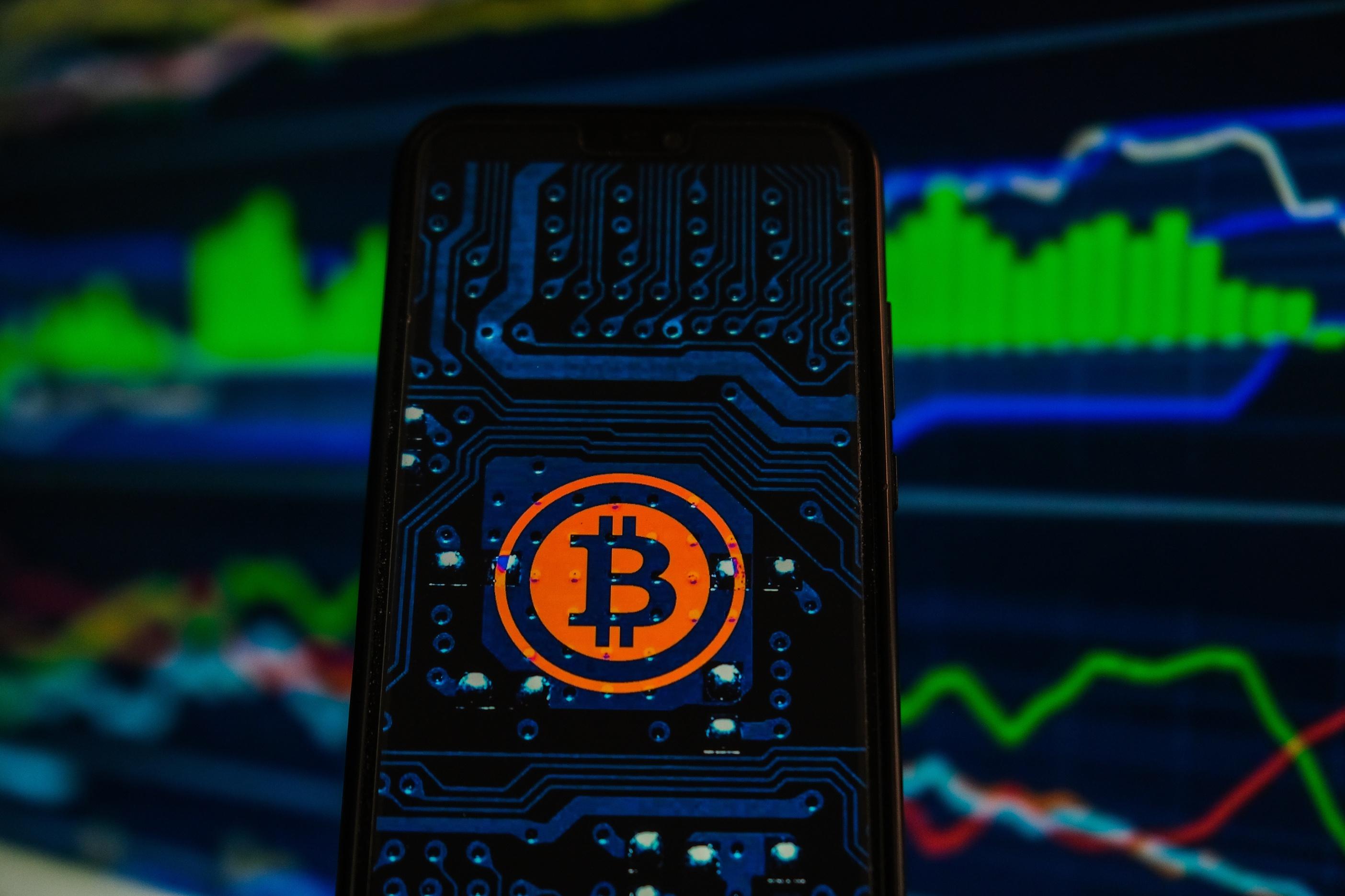 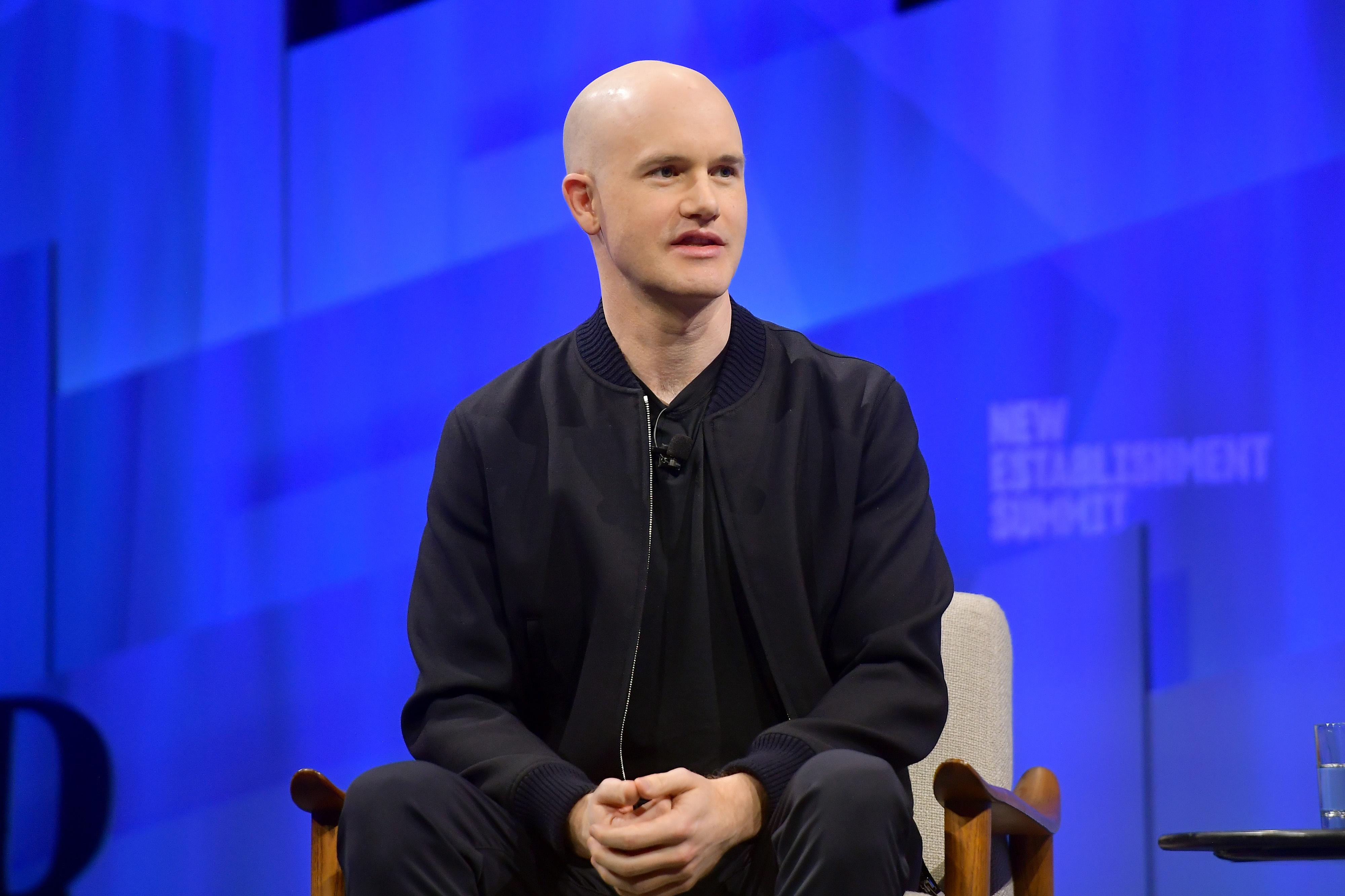