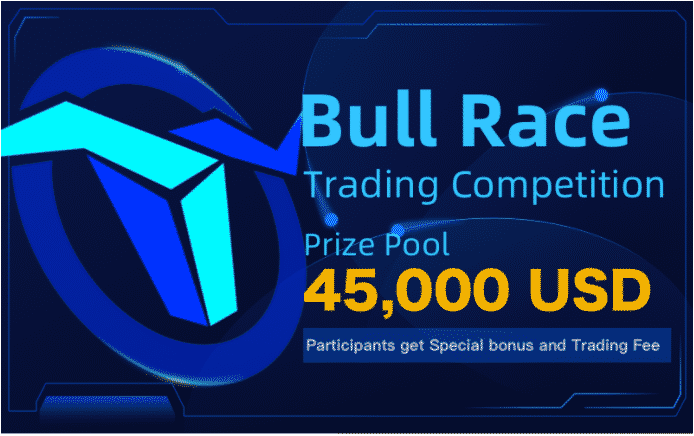 The Bot Race, an API only trading competition, launched by BTCMEX in January saw the exchange gain a record number of traders and increased its trading volume two-fold, consolidating its position as one of the top 10 crypto derivatives exchange worldwide.

The Competition saw hundreds of API traders from all over the world battle for the top spots and saw two contestants win the 3 following prizes; Kijitora from Japan won the PNL(%) prize with over 1900% in gains and the Trading Volume prize with over 52 Million USD in trading volume, the last contestant, THLBot, won the profit prize with over 2.5 BTC in earnings.

Following its success, the company has just announced that the event will now be held every two months, and that it is looking forward to increase the number of competitions it will hold in the near future starting with a new global competition named the Bull Race which will start in February and have up to $45,000 in prizes. The new competition will be global and open to both API and manual traders.

Bull Race will start on February 8, at 12 p.m. (UTC+8) and will feature a total prize of up to $45,000 given in Bitcoin at the end of the competition. The Bull Race will use 100x BTC/USD perpetual contracts, and will last 2 weeks during which traders will compete over three different prizes; PNL, Maker Volume and Taker Volume. For more information go to: https://www.btcmex.com/bullRace

BTCMEX is a Crypto Derivatives exchange offering 125x leverage for BTC and USDT perpetual contracts. The platform launched in 2019, has grown over the last year to be one of the top exchanges worldwide with its signature low fees, deep liquidity, low slippage, and uninterrupted operations. Following major platform updates, the company has now announced its intentions to expand to new markets and hold more events benefiting its users.