Here’s your guide to MATIC and AAVE’s price relationship The brilliant rise of MATIC has been well-documented over the past few weeks. Its growth has taken most of the other projects by surprise, especially since MATIC has been in the space for more than 3 years.

While the project has been rebranded as Polygon now, it is hard to focus on anything else when it comes to the asset. However, its credentials continue to show distinction, in terms of both activity and development.

MATIC on a Macro-Economic stage now?

Polygon’s network took advantage of the base set by Ethereum in 2021. Countless DeFi projects have been vying to launch their network on ETH or other platforms, and it led to rising transaction counts and high fees. Ethereum reached its ceiling pretty fast when the fees became unattainable at one point in time. While Binance Smart Chain took the initial lead with 11 million transactions/day at its peak, at press time, Polygon was leading the daily transaction count.

In fact, reports seem to suggest that Polygon now has the edge over BSC because Polygon is accommodating DeFi applications that were already proven on Ethereum.

It is commendable how rapidly Polygon has established its userbase. Take QuickSwap as an example. QuickSwap is what Uniswap is to Ethereum, and while not a lot of commotion surrounds the protocol, its figures speak for themselves.

QuickSwap already has more all-time prominent users than the likes of Sushiswap and Curve finance, and the application is powered by Polygon and its L2 network.

What is AAVE’s connection to Polygon?

There isn’t any connection per se, but a truly fruitful working condition. AAVE on Polygon has been rapid as the average user on Polygon implementing AAVE’s transactions has consistently shot up. The unique addresses using AAVE on Polygon have consistently risen as well, with a minor setback seen only during the most recent market crash.

However, what does AAVE offer Polygon in terms of credibility? Well, AAVE is possibly one of the largest lending protocols in DeFi, behind only Compound. In fact, AAVE even flipped the narrative briefly when the protocol implemented its new liquidity incentives, taking the liquidity lead between the two platforms. 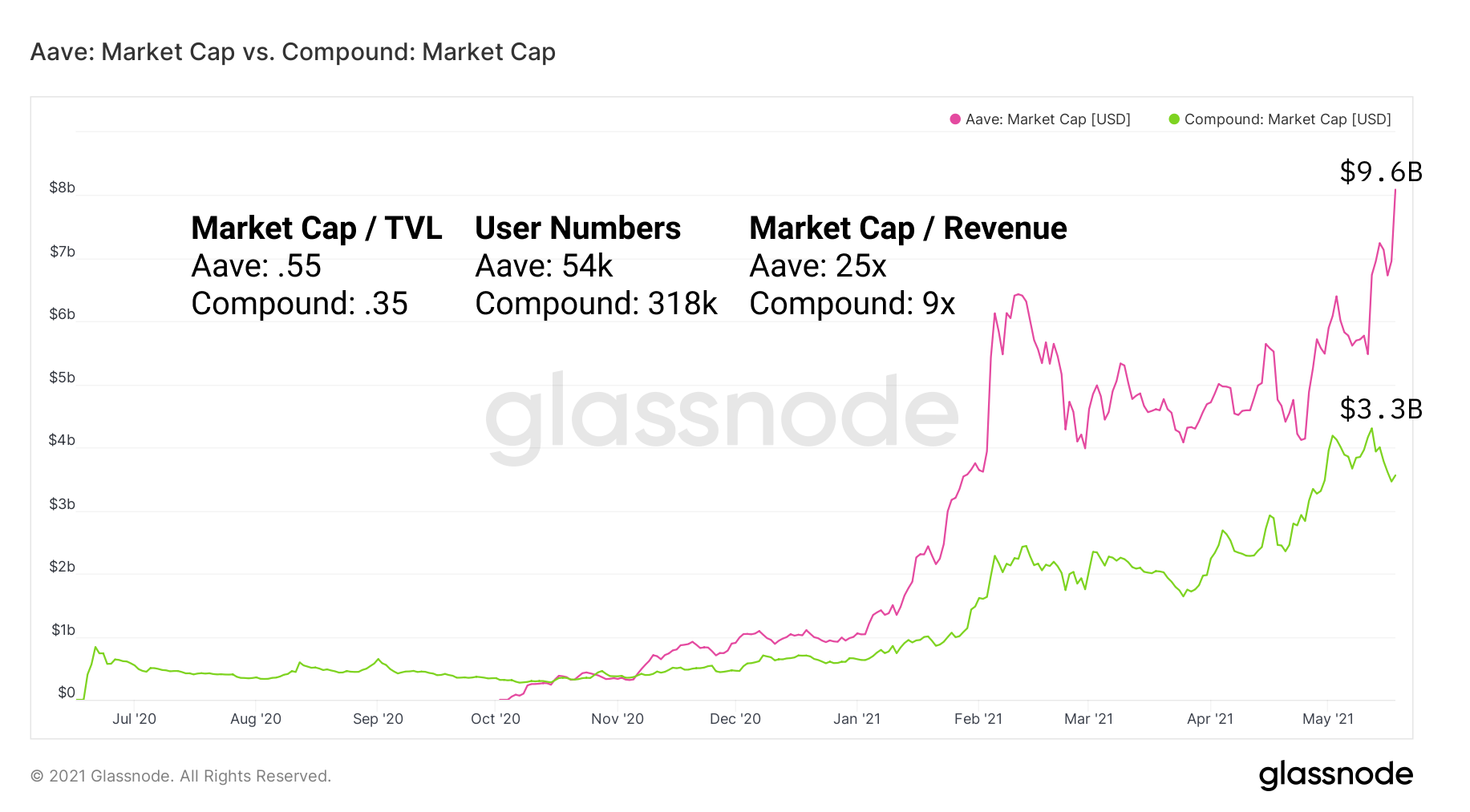 What is the bottom line?

Polygon fulfill’s AAVE’s requirements for faster and reliable transactions, and AAVE, in return, brings in more activity and overall credibility. MATIC and AAVE’s price valuation may have reached a point of saturation at press time, but it will not be a surprise if both the tokens derive a higher price correlation going forward in the market. This could be the ideal strategy for MATIC This differentiating factor for MATIC will affect its price movement