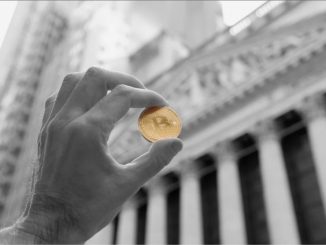 The new crypto VC fund had already made seven investments up until now including the Dapper lab, the popular defi game developer behind Cryptokitties and Flow blockchain.

Glen Hutchins said that crypto is an emerging investment that would revolutionize the finance sector. He said,

“Crypto promises not just to revolutionize finance but also to invent a new computing paradigm that will be as transformational as the PC, the internet, mobility, and the cloud. It is the proverbial next big thing.”

The rising interest of veteran investors and wall street hedge fund managers in crypto is proving that the institutional inflow in the crypto space has begun. MicroStrategy CEO Michael Saylor recently revealed that NYDIG’s Ross Stevens indicated that a total of $25B institutional money could flow into bitcoin by the end of the year.

Microstrategy, a software giant with a multi-billion market cap has already invested nearly $1.4 billion in bitcoin until now which has already doubled in valuation. Apart from Microstrategy, more than 10 publically traded companies added Bitcoin to their company sheets.

The crypto market cap has already surpassed $1.1 trillion this year within 12 years of its existence and institutions are fast realizing the potential the industry hold for the financial future. With the government around the world already working towards crypto regulation and integration in their banking system, the value and demand for cryptocurrencies are only going to rise. More regulation would allow better tools for these institutions to invest in crypto in the form of private VC Funds and publically traded trust funds.