Elon Musk, the billionaire entrepreneur is back at what he does the best, tweeting about Bitcoin and trolling the top cryptocurrency despite knowing his tweets often impact the market. Musk today shared a meme which many interpreted as a hint about a possible breakup with the top cryptocurrency.

The speculation about Tesla potentially selling its $1.5 billion bitcoin purchase has been rife ever since Musk announced the electric car maker has decided against accepting Bitcoin as a payment for its cars, just weeks after opening the Bitcoin payment option for US customers. Ever since then, Musk has gone on a wild Bitcoin trolling spree which many believed led to panic selling among amateur traders and resulted in a market crash.

The Bitcoin price crash in May left many speculating whether Tesla has dumped its share, but Musk tweeted that the company has ‘diamond hands’ a popular slang in crypto-verse that indicates holding on to one’s Bitcoin even during market turmoil. But, his latest tweet has brought back the Tesla Bitcoin dump discussion again.

Bitcoin price reacted to Elon Musk’s tweet today and slumped by 3% over the past hour after his tweet. The price of Bitcoin slid below $38K for a brief period right after Musk’s tweet. Musk even followed his meme tweet with another meme trolling about the price crash.

After three weeks of consolidation under $40K after registering a new 3-month low in the second week of May, Bitcoin was looking well set on its path to recovery. The price broke out of an equilateral triangle on the 1-day chart breaking $38.5K key resistance. The on-chain fundamentals had started to climb back to pre-crash levels and miners had started accumulating indicating a possible lift-off above $40K.

A recent report suggested Musk’s reputation had taken a hit post his recent attack on Bitcoin and its community. 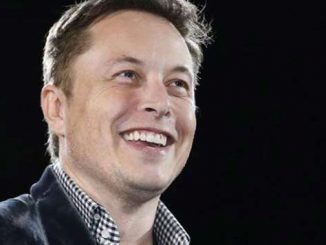 Elon Musk Confirms “Tesla Has not Sold Any Bitcoin”