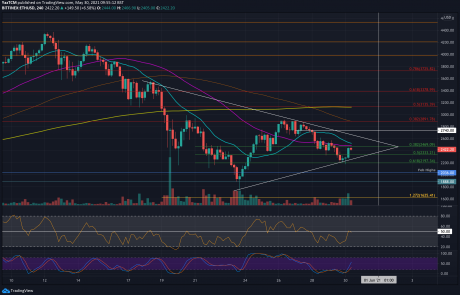 While Bitcoin rebounded to $40K and got rejected earlier this week, ETH topped reaching nearly $2900, where it hit resistance at a bearish .382 Fib. From there, the coin started to head lower over the past few days until finding support at around $2200 (.618 Fib) just a few hours ago.

Looking at the following lower time frame chart, ETH is trading inside a symmetrical triangle pattern over the week, as it rebounded from the lower boundary earlier today while reaching $2200 support. The apex of this triangle extends into early June, when a breakout in either direction can still be expected at any moment. 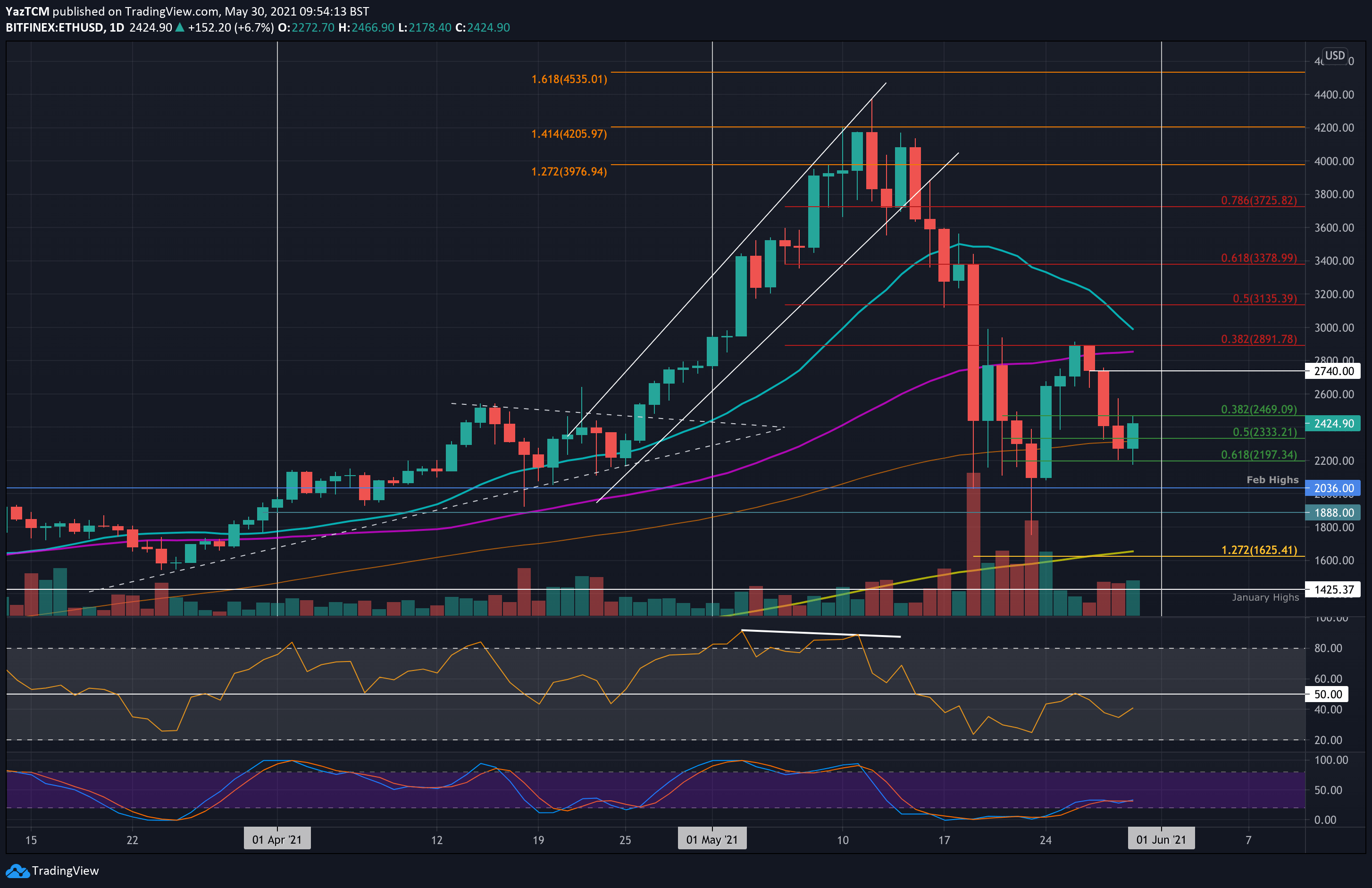 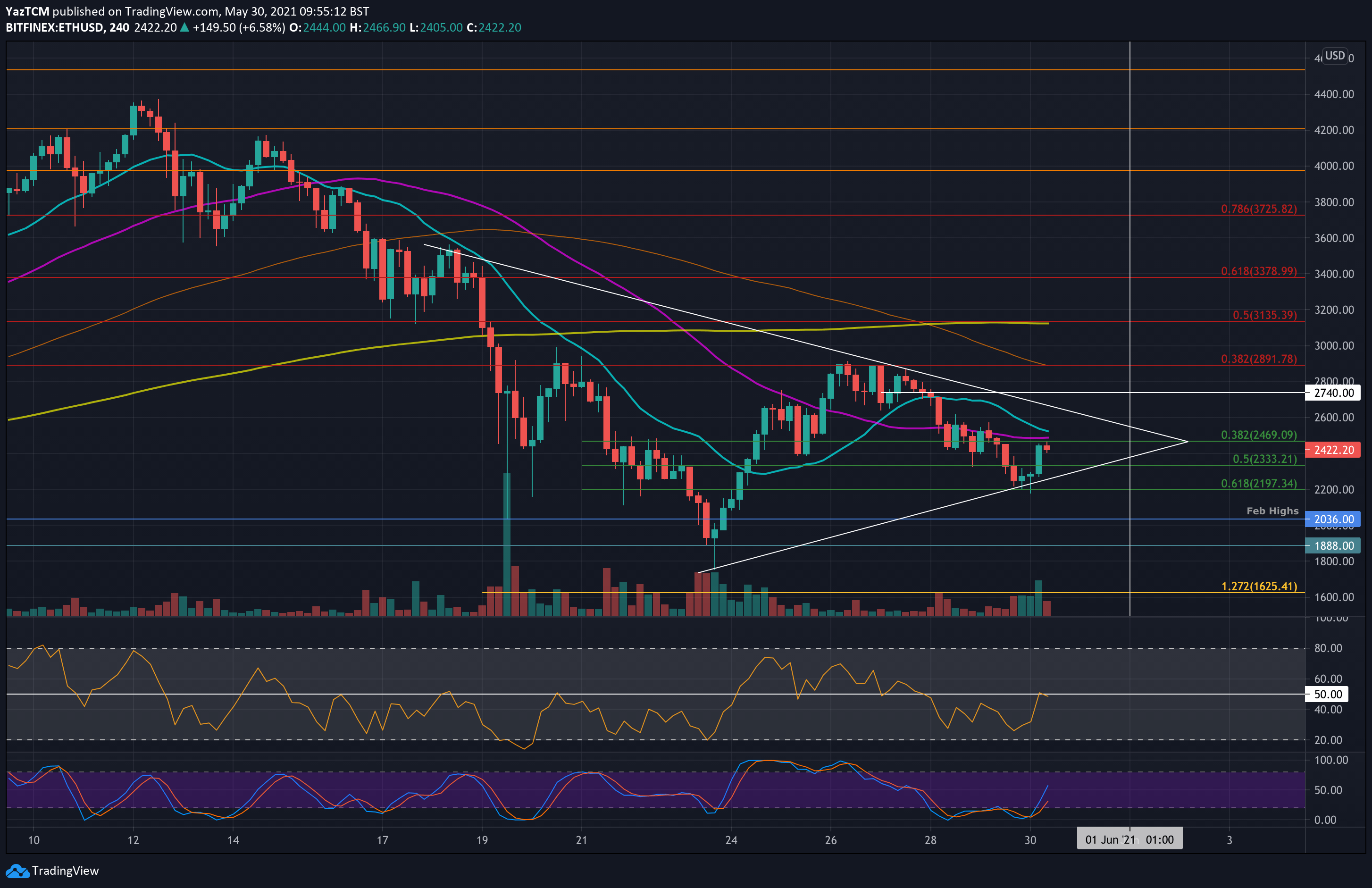 The daily RSI is now pointing upward again as it looks to head back toward the midline. For a bullish breakout of the short-term triangle, the RSI must push above the 50 mark to increase the bullish momentum.

Ethereum rebounded from 0.06 BTC at the start of last week and pushed as high as 0.0737 BTC earlier this week. There, it met resistance at a bearish .618 Fib and could not overcome the level.

As a result, ETH/BTC headed lower over the past few days until support was found at 0.0648 BTC (.5 Fib) yesterday. It has since bounced from this level as it trades at 0.0678 BTC. 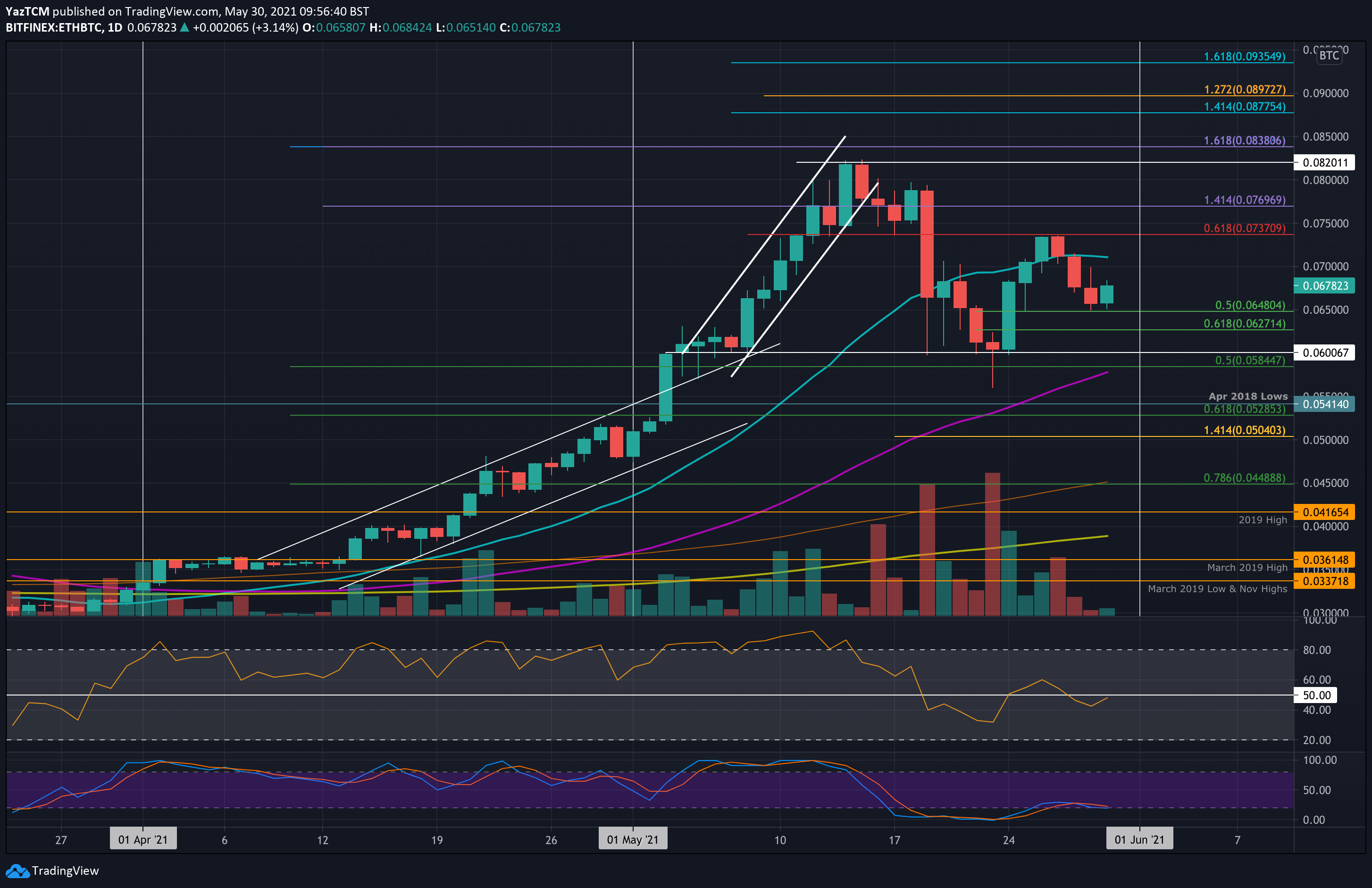 Likewise, the RSI is trading slightly beneath the midline as the bulls attempt to re-gain control of the market momentum. Additionally, the Stochastic RSI looks primed for a bullish crossover signal that should help the bullish scenario. 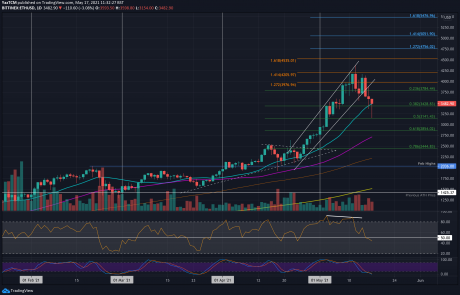 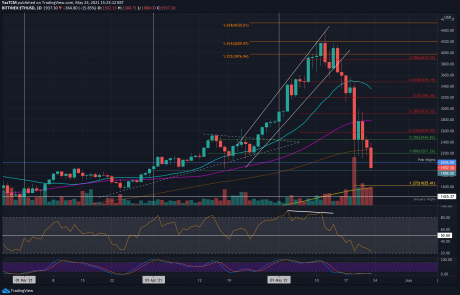 Ethereum Price Analysis: ETH Fighting Over $2000 After Crashing 55% In 11 Days 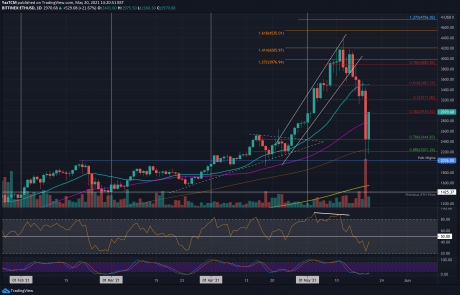