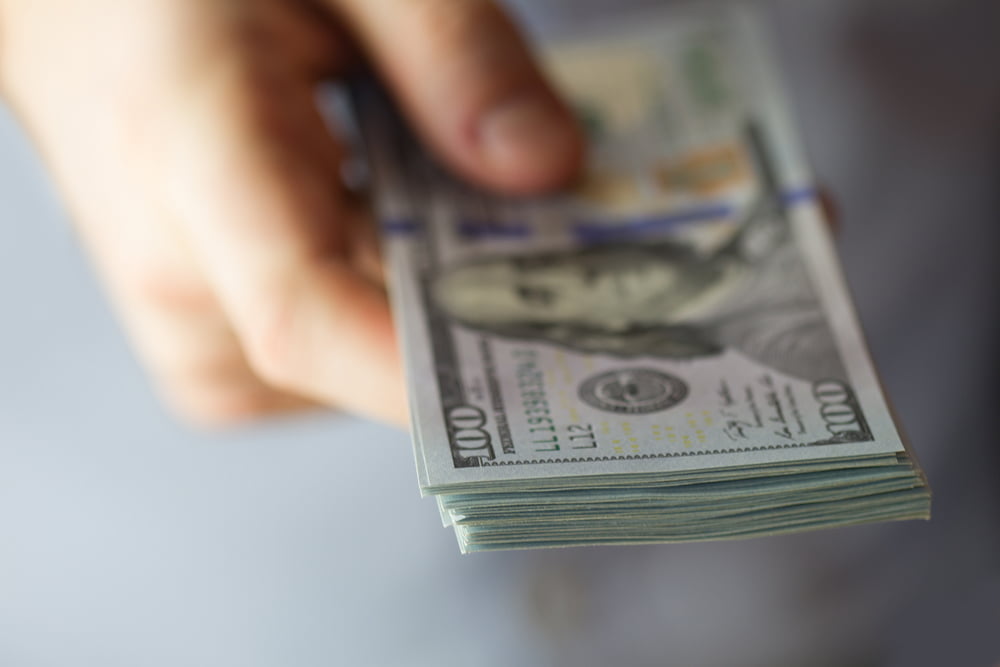 Bitcoin dipped on Monday after hitting a new record high in the previous session, pointing to a spike in profit-taking sentiment among daytraders.

The analogy was visible in the statistics shared by an independent analyst on Twitter. The pseudonymous entity noted an 11.5 percent a 12 percent decline in the number of newly-created and active Bitcoin addresses, respectively. On the other hand, wallets holding more than 1,000 Bitcoin units increased by 0.11 percent.

“Big money is buying the dip whilst the market gets shaken out,” he added. “As always.” 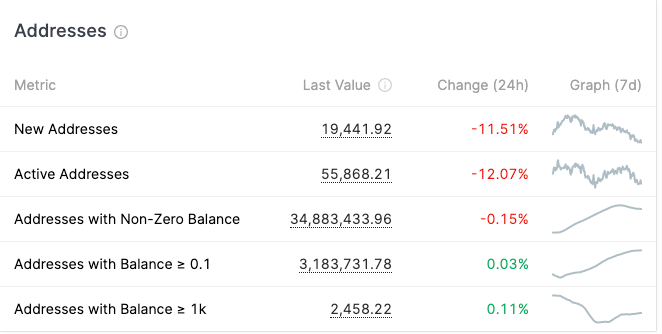 The BTC/USD exchange rate surged to $49,700 on Sunday, its lifetime high, before plunging lower in the following sessions. Entering Monday, the pair established a session low near $45,850, only to retrace its move upward and reclaim $48,000.

In doing so, it showed resilience against bears primarily as they attempted to break the price below crucial support levels, such as the 20-day exponential moving average (green) and the 50-day simple moving average (blue). That raised expectations that BTC/USD could make another bullish attempt towards $50,000, a psychological target it has tried to achieve but to no avail. Bulls believe a close above $50,000 could push the prices to as high as $65,000 in the coming sessions.

Another All-time High Ahead?

Bitcoin’s transfer from low-balanced wallets to rich ones further reflected a long-term growth scenario in the market. The small traders sold their cryptocurrency holdings to secure short-term profits but handed them over to investors that would provide tailwinds to the so-called HODLing sentiment, in which people “hold” bitcoin for at least six months.

In a separate chart, blockchain analytics platform CryptoQuant noted a drop in the number of Bitcoin units held by exchanges. 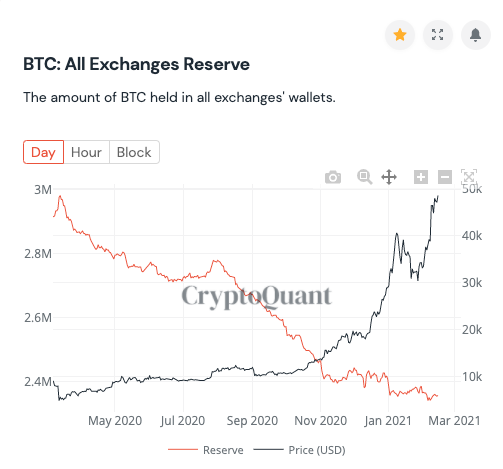 The image above showed a stark negative correlation between the bitcoin price trends and its reserves on cryptocurrency exchanges. So it appears, a lack of adequate BTC balances tends to provide bullish tailwinds to the market—and vice versa. That prompted the analyst to make upside bets for the benchmark cryptocurrency.

“Literally a sell-side liquidity crisis right in front of our eyes,” he asserted. “Don’t sell Elon or Saylor your corn. At least wait and sell your corn to Apple when they inevitably buy at $200k+ next month.”