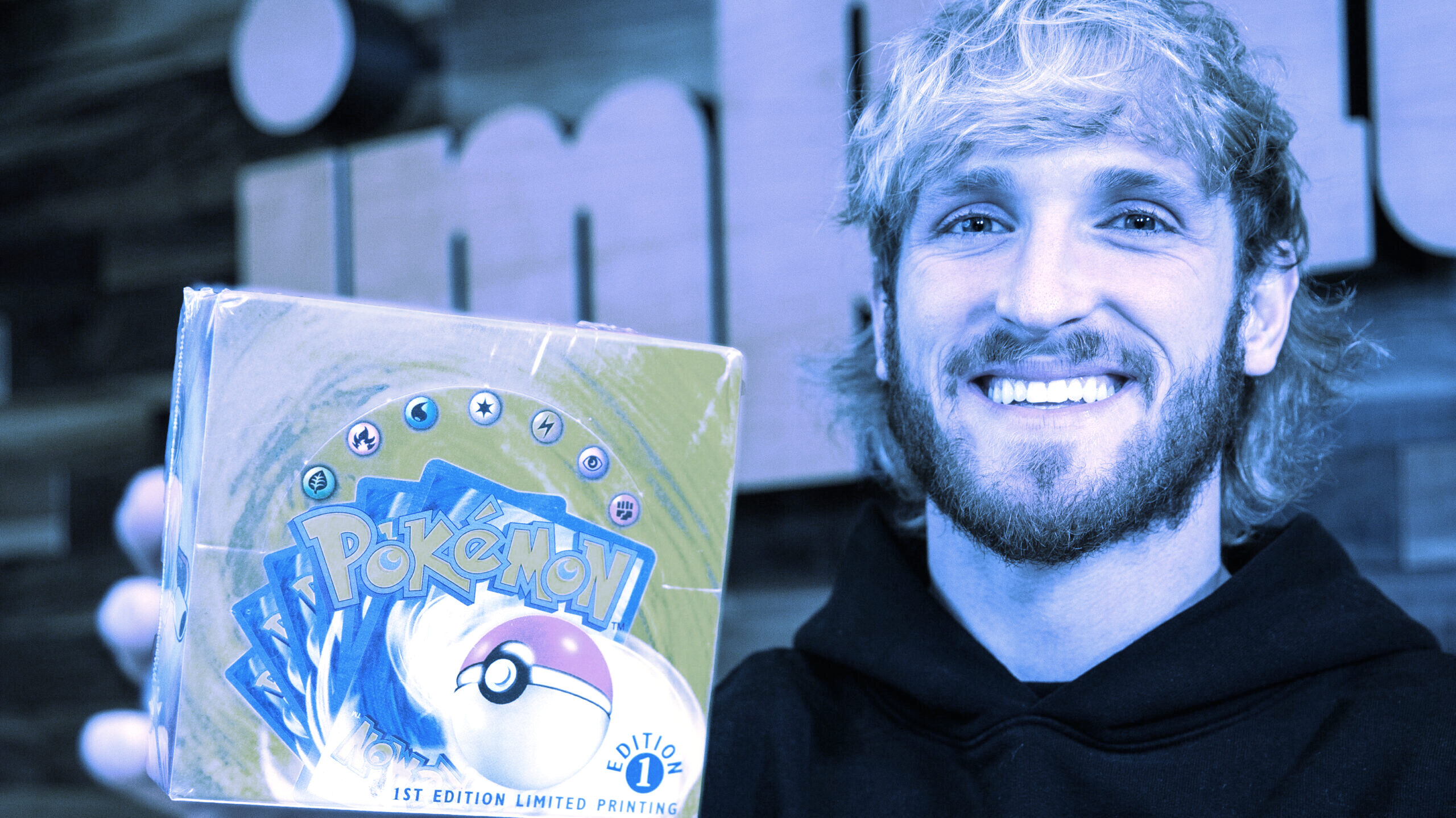 YouTuber Logan Paul will auction off a series of artworks in the form of non-fungible tokens (NFTs) as part of his upcoming “Pokémon Box Break,” according to a press release published yesterday.

Recently, Paul stated that he bought $2 million worth of “Pokémon 1st Edition Booster Packs”—a collection of sealed packs that contain cards for the eponymous trading card game. The sets were released in 1999 by publisher Wizards of the Coast—also well-known for its Dungeons & Dragons tabletop RPG—and featured 102 cards in total.

JUST IN: @LoganPaul is joining the #NFT World, Powered by @[email protected] is releasing Limited Edition NFTs for his next @Pokemon Box Break, all created and distributed by Bondly!Read the full story 👇 $BONDLYhttps://t.co/4WhUvE6xYE— Bondly (@BondlyFinance) February 3, 2021

Since the booster packs are roughly 22 years old, they became a rarity highly valued by various collectors today, selling for hundreds of thousands of dollars. During the upcoming auction, Paul will sell 36 of such packs with a minimum bet of $10,000. In addition to Pokémon packs, each winning bidder will also receive a unique Pokémon-styled holographic NFT-card featuring a cartoonish representation of Paul.

“But this time is different. Along with each pack sold, the buyers will also receive a 1 of 44 Logan Paul Holographic NFT,” said the announcement, adding, “Each Logan Paul NFT sold will have its own level of rarity and limited quantity. These will only be available for a limited time before they are sold on the open market.”

As Decrypt explained, NFTs are unique blockchain-based tokens that have identifying information embedded within them, making each one unique. This means that each of them can be held by only one person—a quality valued by collectors that can drive NFTs prices up. Most NFTs run on the Ethereum blockchain, which means no third party is required to keep track of who owns them.

Considering Paul’s $2 million investment, he will need to sell each Pokémon pack for at least $55,555 to break even. However, he will personally open each booster before sending them to winning bidders, potentially reducing their overall market price (because packs will no longer be in “mint” condition which is an important quality for collectors).

The auction will kick off today at 8 pm EST and will last until February 11 on marketplace Goldin Auctions. Paul will open the packs during a live stream on February 27—a week after his upcoming fight with former professional boxer Floyd Mayweather.

As Decrypt reported, the crypto art scene is booming lately. In late January, a collection of NFT-based artworks made by Rick & Morty creator Justin Roiland was sold for $1.65 million. Last weekend, 16,000 pieces of art were sold for $9 million. There’s money in them thar NFTs.