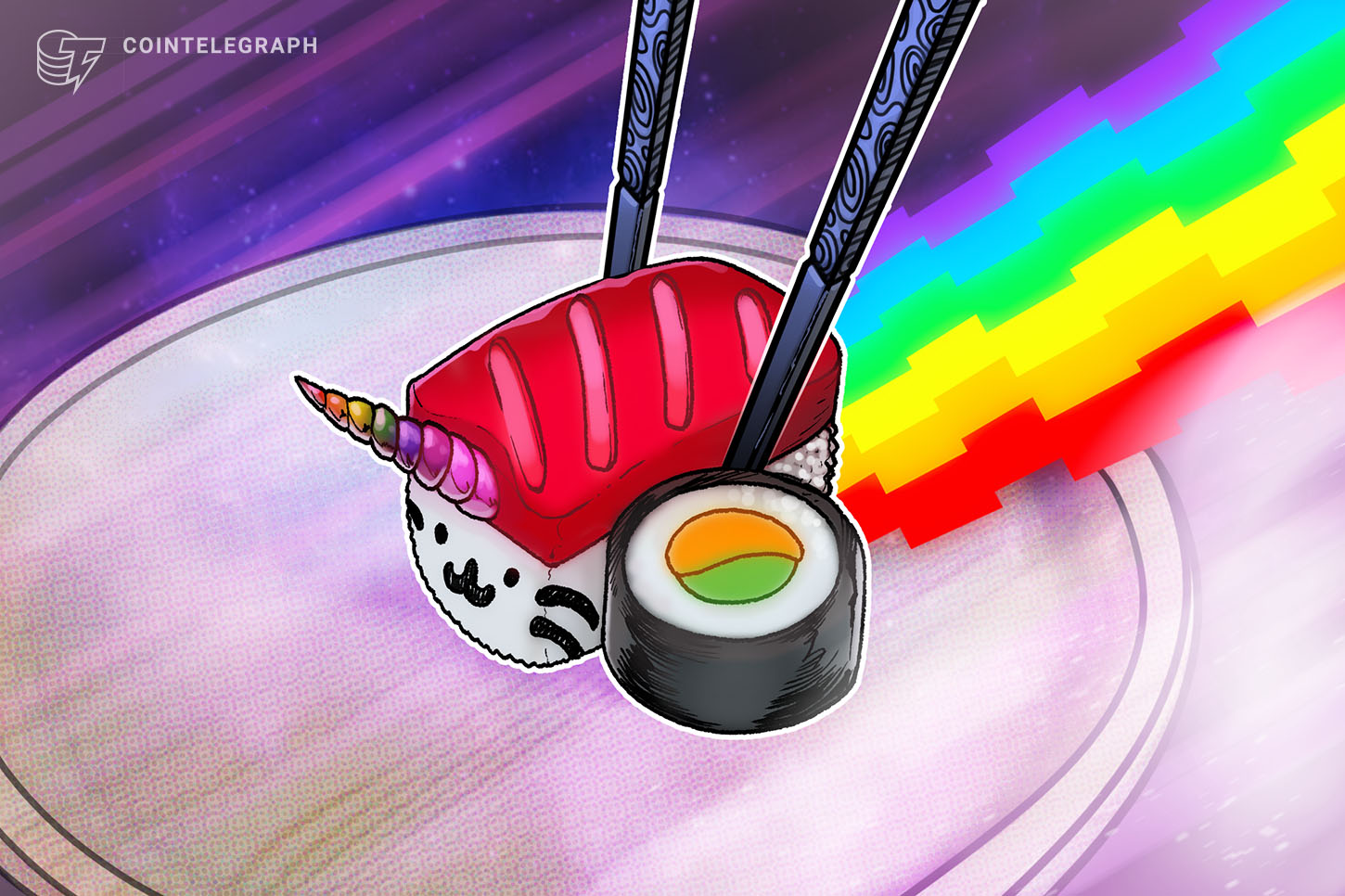 SUSHI, the native token of SushiSwap, rallied by 73% in the past four days. However, some investors believe the DeFi token may still have a lot more room to run.

SushiSwap is an automated market maker (AMM) that allows users to trade cryptocurrencies in a decentralized manner on the Ethereum blockchain. 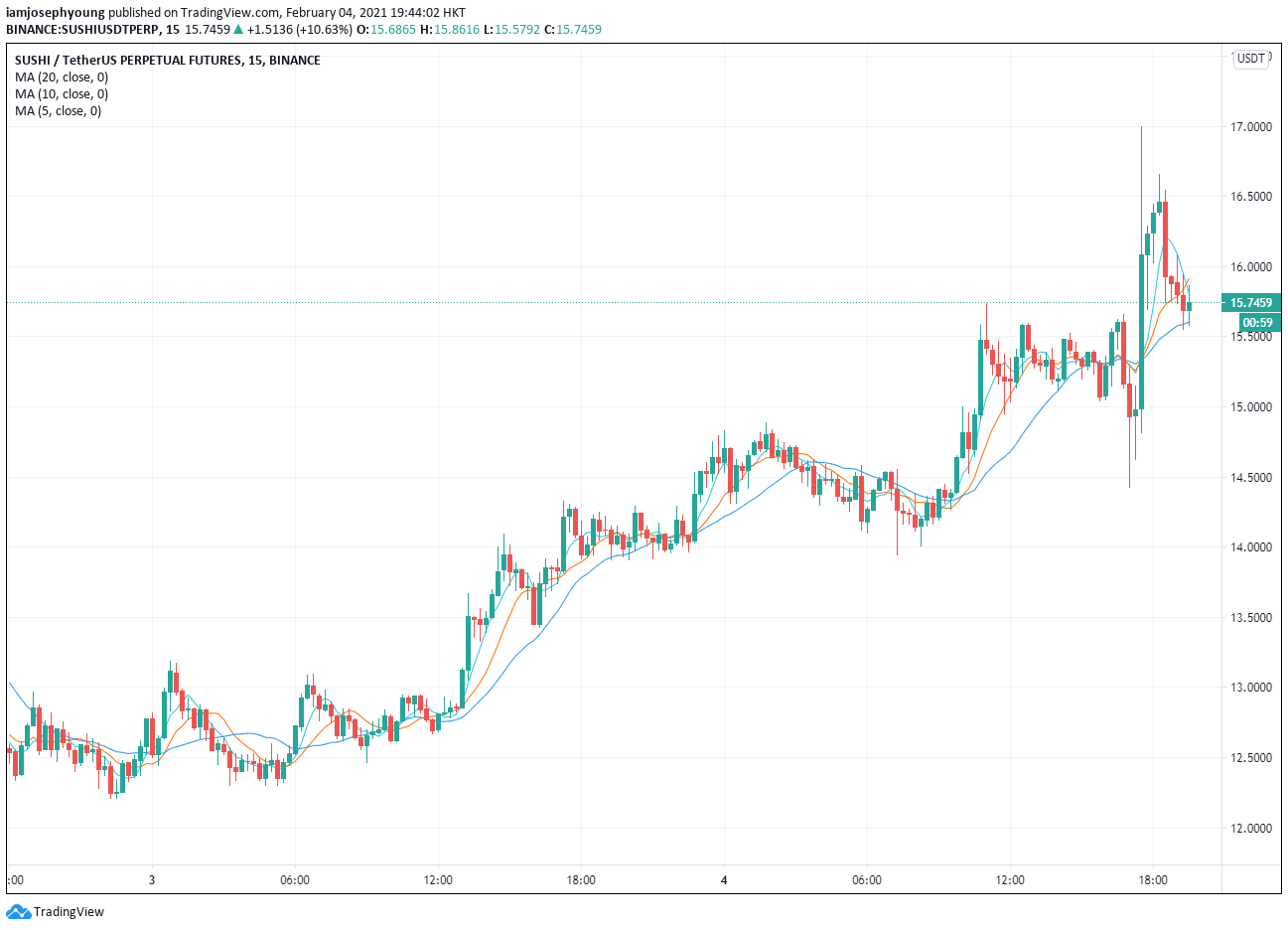 Why is SUSHI undervalued at $2 billion?

The market cap of SUSHI achieved $2 billion as its price surpassed $16. But, there are three key reasons why it could still be undervalued.

First, Uniswap, its direct competitor, is hovering at around $6 billion market cap, despite decreasing gap in metrics. Second, compared to traditional companies, SushiSwap has an appealing revenue to price ratio. Third, the DeFi market, in general, is performing strongly with the total value locked (TVL) now surpassing $30 billion.

SushiSwap's TVL, specifically, is approaching $3 billion, currently sitting between Curve Finance and Synthetix as the sixth most popular DeFi platform. 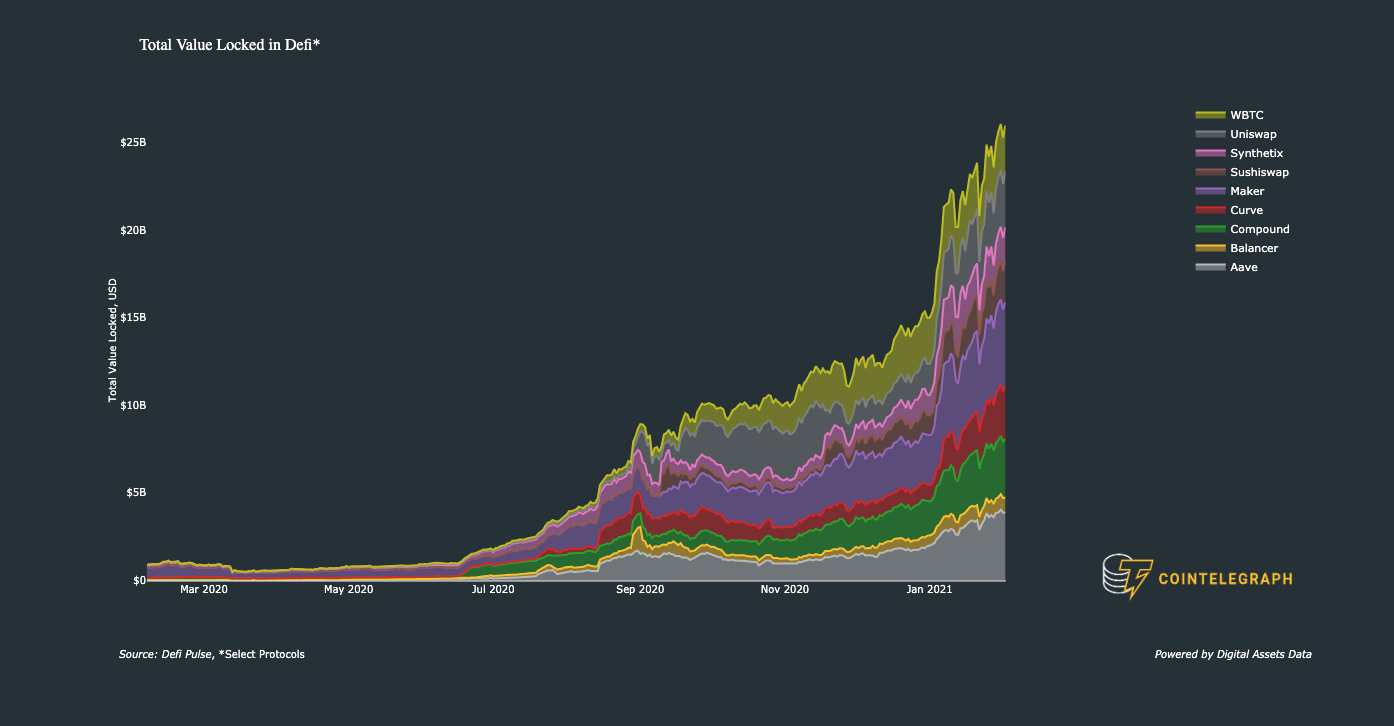 He said that if SushiSwap is compared to these companies based on its revenue, SUSHI would be valued at $1,530. He explained:

The analyst emphasized that SushiSwap can be compared with the likes of Shopify and Beyond Meat. Although the two companies are in different sectors, they both have cash flow, in the same way SushiSwap does.

One of the most compelling aspects of DeFi is that the valuation of major protocols can be measured by cash flow and quantifiable data.

This allows analysts to draw material comparison between conventional companies and DeFi projects. The analyst added:

“All you need to ask yourself is ‘Does an exchange processing hundreds of billions of dollars create more value than peas and chemicals squashed together into not meat?’ yes, it does.”

In the foreseeable future, analysts believe SUSHI would likely close the gap with Uniswap (UNI) in terms of valuation.

If SUSHI nears UNI, then the price of SUSHI could reach around $40 to $60, considering that Uniswap is valued at around $6 billion.

“SUSHI has been unstoppable. And just like the token continues to gain momentum, we have seen some impressive metrics from the @SushiSwap protocol. Over the last 7-days: - $2.83b in traded volume (>400mm daily average) - Liquidity provided increased by 10% - currently $2.27b.”

If the volume and user activity on SushiSwap continue to expand, then there is a strong possibility that SUSHI may reach closer to the valuation of Uniswap.