NFTs Are Increasingly Taking Us Into A World Of Make Believe 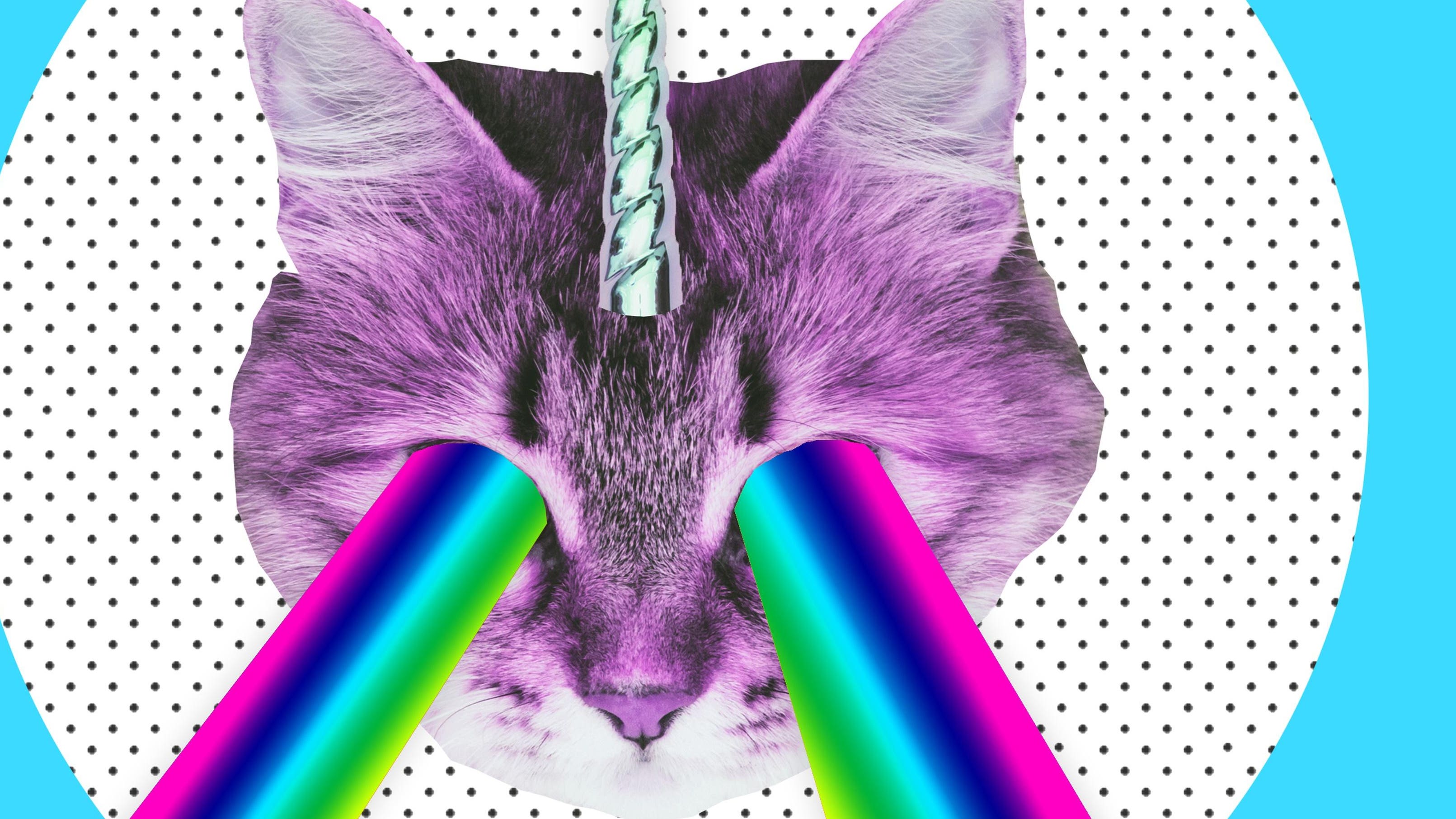 What’s a non-fungible token? It’s part of the magical world of make-believe value the blockchain is bringing us.

Scott Adams is selling one of his comic strips on OpenSea, the top platform for trading NFTs. He’s got two on there that he created just for the fun of it. Both of them are the same, only one drops an F-bomb. In it, Dogbert tells Dilbert he just bought some collectible digital art (NFTs are basically this in a nutshell) and Dilbert says he is ridiculous for doing so. Dogbert tells him he just sold it for $120,000. The clean version got someone to bid $5,000. The other version sold for $13,300 on Saturday.

This one here did way better.

The NFT market tripled in 2020 to a little more than $250 million, according to a report by NonFungible.com. The number of active wallets to buy and trade these things nearly doubled.

NFTs started a few years ago. Remember the CryptoKittens phase? That was a preview of things to come. The price of the graphic artwork CryptoKitty #18 jumped from 9 Ethereum (ETH) to 253ETH in just three days in December 2017.

If you had 253ETH today, you’d be on the road to becoming a crypto millionaire. It’s worth about $700,000. This is why people are getting all hyped up about NFTs: fast track from turning almost no money into a lot of money.

Forbes also published a solid overview on April 29 that’s worth a read. 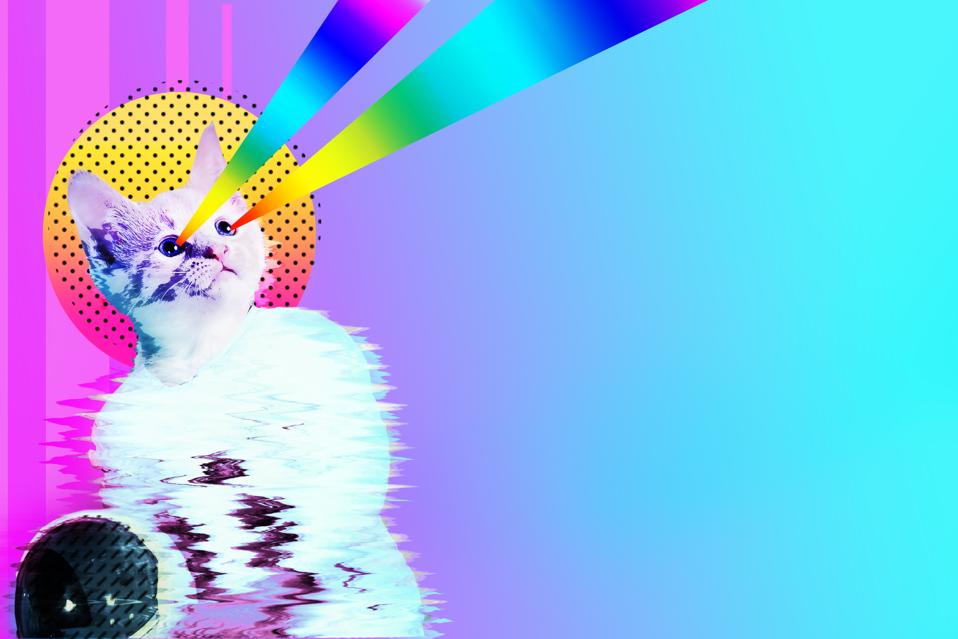 Earlier this year, somebody with the online moniker “Flying Falcon” purchased an NFT that was 9 plots of land in the game called Axie Infinity and it was worth around $1.5 million at the time, paid in ether crypto. It was “the largest digital land sale ever recorded on the blockchain,” the seller tweeted.

I’m thinking that someone should sell the first ever “What a Loser!” GIF with Will Ferrell.

Traditionalist investors who dismiss NFTs are “fooling themselves if they believe they are a passing fad,” says Nigel Green, CEO and founder of London-based financial advisor deVere Group.

Traditional companies and brands are getting involved in the NFT marketplace, including the National Basketball Association’s Golden State Warriors, and old school art auction house, Sotheby’s. They held a three-day auction of NFTs by an anonymous artist two weeks ago.

Rival Christie’s sold “Everydays – The First 5000 Days,” a digital artwork in JPEG form by an artist known as Beeple, for a cool $69.3 million – which is the third most expensive artwork ever sold by a living artist.

I guess you print it out and put it on you wall? Or does it get lost on your hard drive?

“Investing in the art world is unique because art is something you can barely measure in currency. The same investor concept has been transferred to digital artworks and many of these artworks have been sold for hundreds of thousands or even millions,” says Joel F. Kuck, CEO of Famous Token, an NFT platform created for well-known artists with their own gallery in the Vegas Arts Village on Decentraland, another one of these Caprica-esque virtual worlds, for those of you familiar with the Battlestar Galactica universe. Famous Token works with business consultant Johannes Schwarzburg, and of course they have a token (TFT) that is available on Uniswap and Binance Smart Chain.

“If an investor is into art collection, he should buy an NFT from where he wants to build up his own gallery,” says Kuck about why you buy NFTs in the first place. “If he wants to make money in the market, then he needs to understand the art market, identify and analyze which artists will be hyped over some time, and look for signals like an uptrend on the secondary market.”

That sounds too difficult. But if you like Pepe the Frog memes, there’s an NFT market for that.

Other collectibles are also being digitized, not just art works and memes. 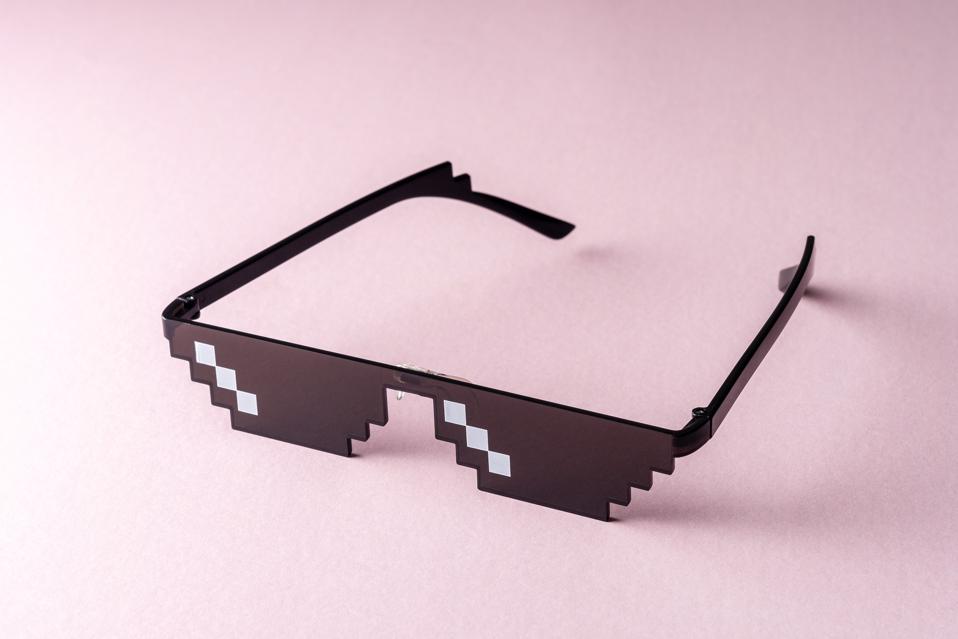 “Tiger Woods the golf legend has tons of value in his first-ever autograph. That autograph is owned by someone. But, when the same autograph is sold as an NFT, you also own a part of that “First-Ever Autograph” digitally signed or authorized by the owner,” says Ganesh Lore, founder of Werewolf in London, a decentralized finance-based app and exchange that also sells NFTs. “Think about all the golf lovers who are collectors and would want to have a piece of an authentic Tiger Woods autograph. The value in that NFT would be pretty high,” he says.

For Rakib Ahamed, CEO of NFTmall, a crypto start-up created out of the NFT craze, says, “We might be facing a period of hype, but these NFTs could turn out to be something more revolutionary than we expected.”

Investors who have never had any real interest in art or other collectibles are scratching their head over NFTs. They have seen Bitcoin rise from under $5,000 last March 2020, to blowing past $50,000 late last year. Many long Bitcoin investors are forecasting Bitcoin $100,000. NFTs are part of that crypto trading universe; another way to diversify into digital assets.

“It may be a good idea to buy and sell NFTs before they explode in value,” says Ahamed. “They are going to gain value from the same deflationary principles as Bitcoin. There is a limited number of tokens and the item is unique and cannot be duplicated.”

Ultimately, an NFT’s value is based on how well-received the item is by those who want to purchase it. If an item is highly desirable, its value will understandably go up in the bidding process, no different than if a Picasso was on auction in a gold-leaf frame at Sotheby’s.

The price of an NFT often depends on speculation and other factors such as utility, ownership background, liquidity premium and future value speculation.

“You should be cautious when purchasing highly-priced NFTs, and consider it to be a high risk investment,” says Ahamed.

For DeVere Group, home to the old boring stocks and bond investor, NFTs are the next thing after “alt-coins” that are rising with Bitcoin for the past 12 months.

“This market is very young,” warns Green. “But those who dismiss NFTs,” he says, need to reconsider. Some of these may see realized gains like early investors saw in “Amazon and Bitcoin,” Green says. 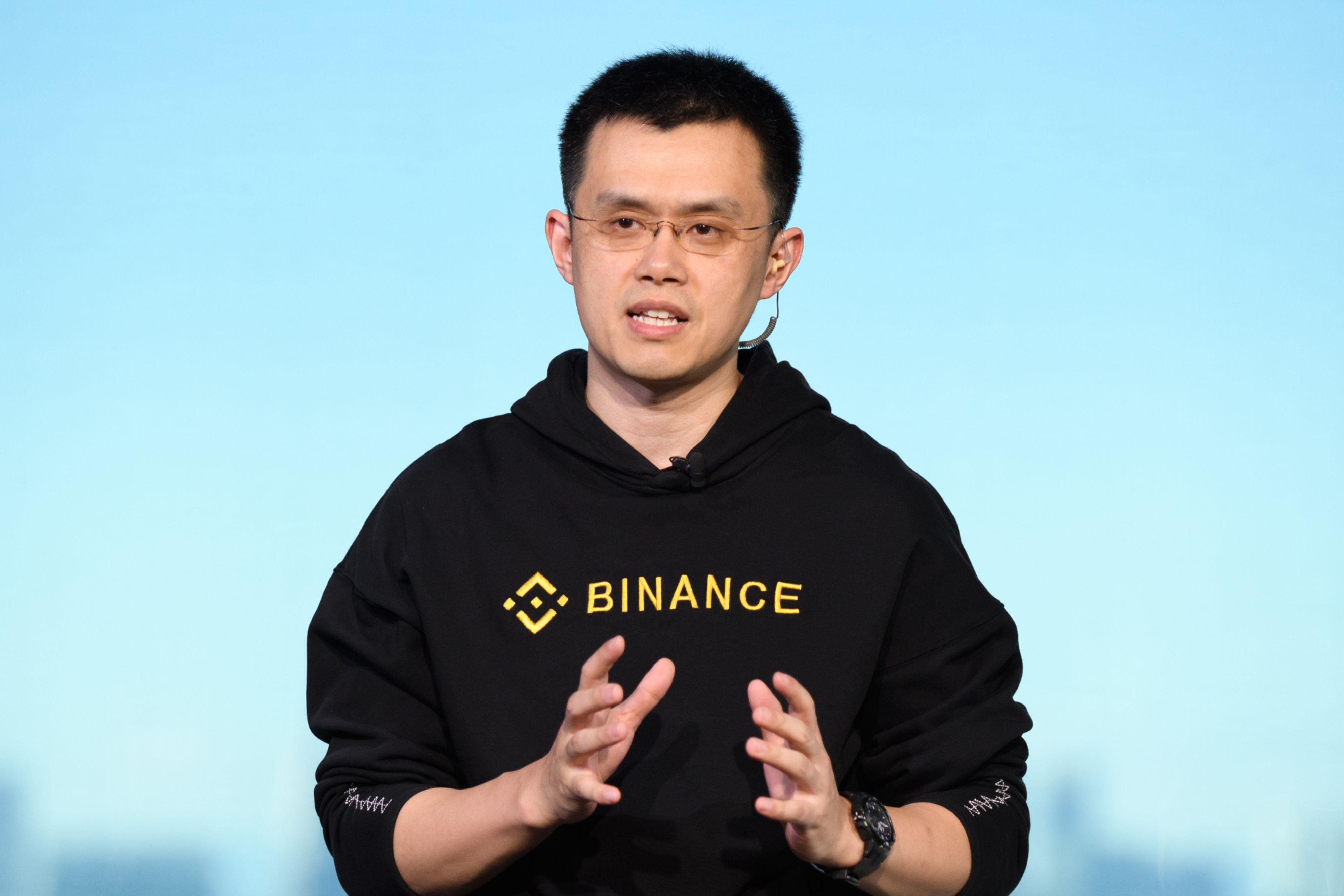 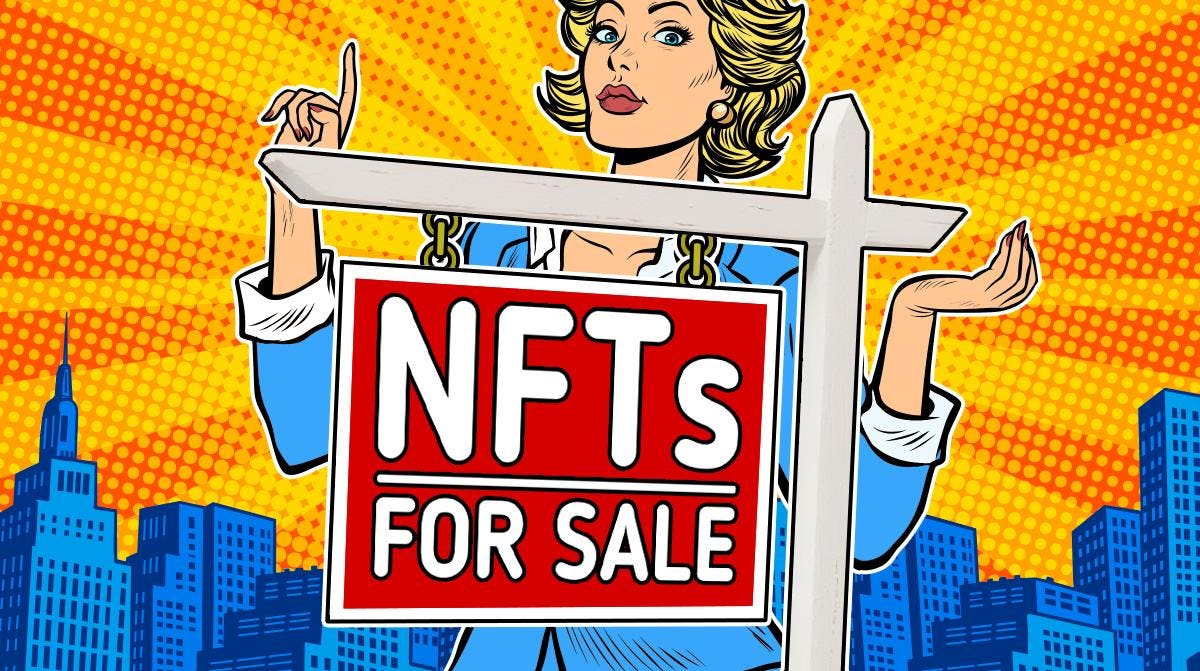 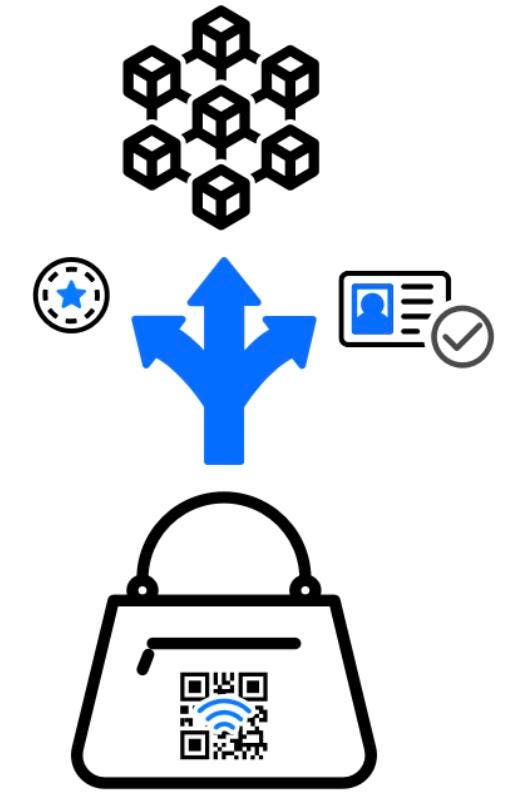