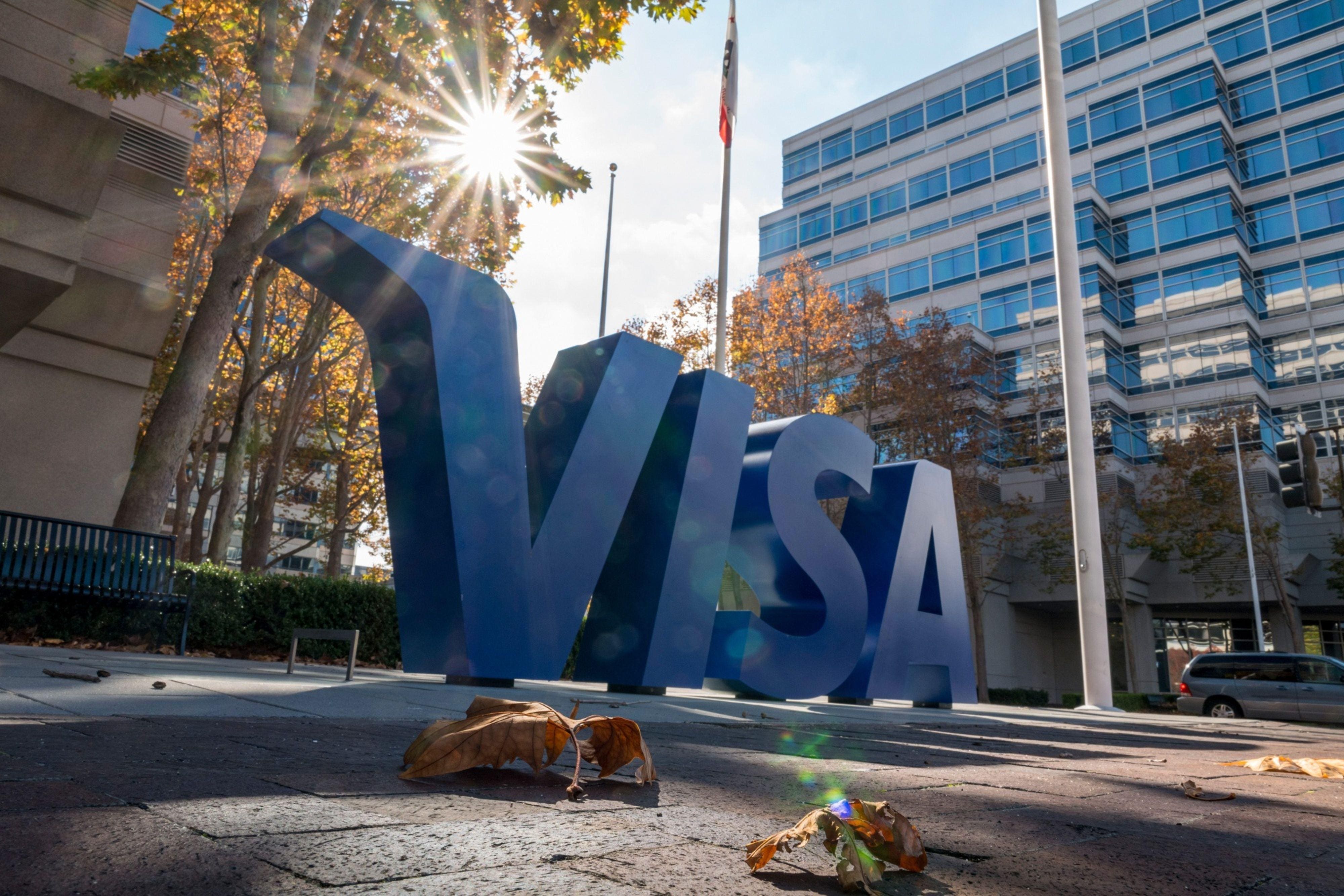 Visa, a one-time enemy of the bitcoin and cryptocurrency community, is fast becoming one of bitcoin's biggest cheerleaders.

Bitcoin and crypto custodian Anchorage, last month becoming the first U.S. national "digital asset bank" after it was granted approval for a national trust charter from the U.S. Office of the Comptroller of the Currency (OCC), will hold the bitcoin and cryptocurrencies on behalf of Visa's clients.

It's understood banks will be able to allow their users to withdraw and self-custody their bitcoin and cryptocurrencies.

Visa rival PayPal, which sparked the latest bitcoin price bull run when it announced plans to allow its 346 million users to buy and spend bitcoin and a handful of other major cryptocurrencies in October, attracted criticism for preventing people from moving their cryptocurrencies off its platform.

The bitcoin price has soared around 200% since October, surging to over $40,000 per bitcoin before falling back slightly. The blistering bitcoin rally has largely been put down to institutional investors warming to the cryptocurrency and PayPal's support.

However, bitcoin's growing popularity among investors as a speculative asset and a hedge against inflation has reduced its perceived utility as an alternative payment method.

"We see crypto assets as more like digital gold," Visa’s head of crypto, Cuy Sheffield, said ahead of the announcement, speaking over the phone. "There's less demand to spend bitcoin."

Sheffield's comments chime with those made by Visa chief executive Al Kelly last week. Speaking on the company’s fiscal first-quarter 2021 earnings call, Kelly described bitcoin as "digital gold" and said cryptocurrencies are "not used as a form of payment in a significant way at this point."

"Our strategy here is to work with wallets and exchanges to enable users to purchase these currencies using their Visa credentials or to cash out onto our Visa credential to make a fiat purchase at any of the 70 million merchants where Visa is accepted globally," Kelly said, according to a transcript of the call, pointing to digital currency platforms and wallets Crypto.com, BlockFi, Fold and BitPanda that have issued Visa cards.

The recent bitcoin price boom has catapulted bitcoin and cryptocurrencies back to the forefront of global consciousness, helped by a return of paid-for celebrity crypto endorsements from the likes of actress Lindsay Lohan.

Earlier this week, Elon Musk, the billionaire chief executive of electric car-maker Tesla, made headlines when he said bitcoin is on "the verge" of breaking into traditional finance.