Aavegotchi Aims to Bring its NFTs to Ethereum By July 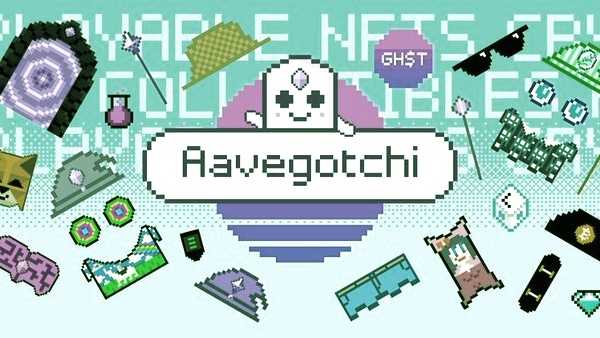 Pixelcraft Studios, developer of decentralized finance (DeFi) digital collectibles game Aavegotchi, has revealed its ambitious plans for the project over the next three years, including a decentralized bridge to Ethereum and a “fair, bot-free” auction platform for its non-fungible tokens (NFTs).

Aavegotchi is an experimental startup funded by DeFi money market Aave and focused around the eponymous “Aavegotchis”—NFT-based crypto-collectibles presented in the game universe as pixelated ghosts. Every Aavegotchi also has Aave's aTokens staked inside them as collateral—thus generating yields on Aave.

According to a multi-year roadmap shared with Decrypt today, the developers plan to launch a decentralized bridge between the Polygon blockchain (on which Aavegotchi is based) and the Ethereum mainnet by the end of Q2 2021. The bridge will enable users to transfer their ERC-721 tokens (the most common standard for NFTs) and ERC-1155 (a less common standard for so-called “semi-fungible” assets) tokens between the two networks.

The bridge is required because initially, Aavegotchi was launched on Polygon—a proof-of-stake (PoS) sidechain of Ethereum. Unlike the Ethereum mainnet, which is still using a proof-of-work (PoW) consensus algorithm, Polygon requires much less computing power and energy to validate transactions.

However, since “the majority of crypto activity is still happening on Ethereum,” Aavegotchi developers decided to “reunite” the two blockchains. "Aavegotchi will be launching a bridge back to Ethereum that supports ERC721s (Aavegotchis and Portals) and ERC1155s (Wearables, Consumables, and Tickets) to empower users with more trading possibilities,” the roadmap explained.

To better adapt to the growing market, Pixelcraft Studios also plans to launch a new auction system for its tokens which should ensure “fair, bot-free distribution of NFTs.” Additionally, the team will add social media integration and conduct a presale for Gotchiverse—Aavegotchi's metaverse “realm”—in the second quarter.

Ghosts with the most

In Q3, Pixelcraft plans to launch an "Aavegotchi Aacrade Mini-game hub" that will allow third-party developers ("Aarchitects") to launch their own mini-games on the platform. Meanwhile, the alpha launch of Gotchiverse and the Wearable Builder decentralized app for designers are slated for late 2021.

20 mins away from our ROADMAP REVEAL event! 🚀Hop into #🗺roadmap-reveal in https://t.co/H6rrCa1e65 and join the Aampitheatre stage channel to tune in! pic.twitter.com/tg2xtHQ8tQ— Aavegotchi (@aavegotchi) April 28, 2021

Finally, between 2022 and 2023 Pixelcraft aims to launch the Aavegotchi Builder software development kit, an alpha version of its mobile app, and the AavegotchiDAO V3. Starting in Q1 2024, the studio will aim to “fulfill the Aavegotchi vision of making a crypto game with mass mainstream appeal” with over 10 million monthly active users.