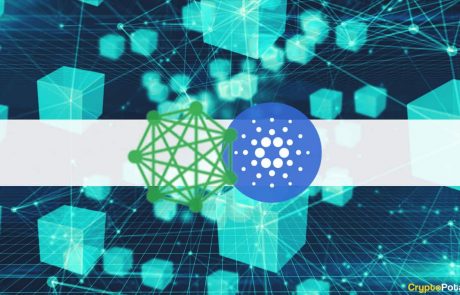 Cardano’s native cryptocurrency – ADA – will be available for direct purchases from credit or debit cards, Apple Pay, or even bank transfers. This becomes possible following a partnership between the popular blockchain project and Simplex – a solution facilitating fiat on/off ramps to the cryptocurrency ecosystem.

Founded in 2014, Simplex is an Israeli-based provider of fiat to crypto infrastructure. Last year, the EU-licensed company reached a significant milestone by becoming a principal partner of the Visa network.

The firm announced its latest partnership with Cardano in a press release shared with CryptoPotato earlier today. As a result, Simplex will add ADA to its list of supported cryptocurrencies, thus making it available to its “growing partner network, including multiple crypto exchanges, wallets, and brokers.”

Consequently, the integration will enable “millions of people” to purchase ADA with a credit or debit card, Apple Pay, or via SEPA or SWIFT transfer “in a convenient and secure environment.”

Simplex explained that the addition of ADA comes after a thorough examination of the token and the blockchain project behind it. The statement described Cardano as “the first blockchain platform founded on peer-review research and developed through evidence-based methods.”

Additionally, Simplex believes in Cardano’s potential to positively impact various spheres of everyday lives as it is “secure enough to protect the data of billions, scalable enough to accommodate global systems, and robust enough to support foundational change.”

Cardano’s native token has been among the most impressive performers since the start of 2021. It traded around $0.18 on January 1st but quickly started to pick up the pace in the following months.

By the end of February, ADA had painted a new all-time high after a 730% surge to roughly $1.5. The enhanced volatility in the crypto market reached ADA as well, and it dipped below $1 shortly after.

Nevertheless, the cryptocurrency resumed its bull run rather quickly and reached a new record of over $1.55 a few weeks back.

Despite retracing slightly to $1.3, its market cap is well above $40 billion, and ADA is currently the sixth-largest cryptocurrency by that metric.