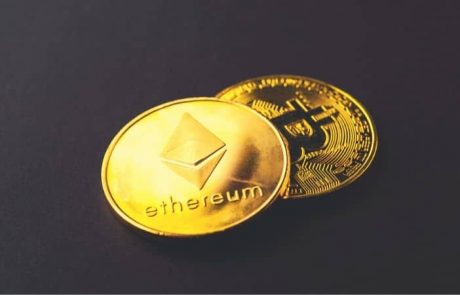 According to data from Tradingview, Bitcoin’s market dominance dropped to 50% on April 22 marking the lowest point it has been for 33 months. At the time of writing, it has recovered marginally to 51.48%.

A two-month consolidation period around the 62% level ended at the end of March when altcoins started to take off. BTC dominance fell steadily throughout April shedding 12% to the current level. 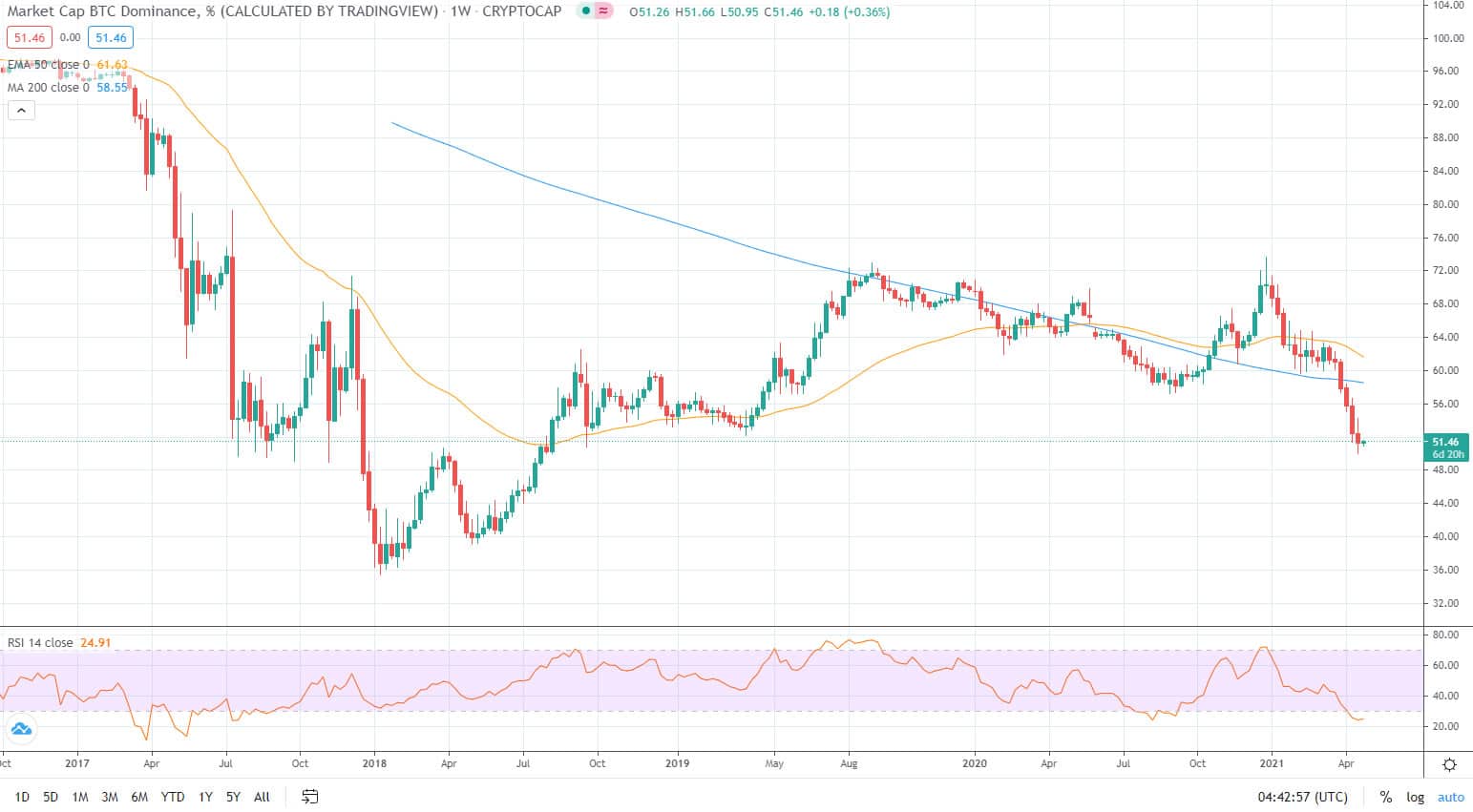 The last time Bitcoin’s market share plunged to 50% was in July 2018 when it was priced at just under $8,000. It was the middle of a long bear market that would see the asset’s price plunge to $3,200 by the middle of December the same year.

BTC dominance has been lower, in January 2018 when altcoins were at their peaks, the king of crypto only commanded 35% of the market.

ETH prices have remained high while BTC has corrected around 27% to Sunday’s low of $47,250. Ethereum’s total correction since ATH has been 18% by comparison as it fell to $2,150 over the weekend.

Binance Coin has also powered up the crypto coin cap charts into third with $82 billion and a 4% share of the total market, which has just topped $2 trillion again.

The surge in stablecoins in circulation has also contributed to Bitcoin’s diminishing share. The top four – USDT, USDC, BUSD, and DAI – have $74 billion between them making them collectively the fourth largest crypto asset.

At the time of writing, Bitcoin had recovered 5.3% from its weekend dip to trade at $52,300 during Monday morning’s Asian trading session. Analysts are now marking it as in the oversold territory.

Resistance currently lies in the $55K zone so this is where it needs to head in order for the uptrend to continue in the short term.

On the downside, there is support at $45K but a revisit of these levels could spell the end of the bull market if there is no immediate recovery.