XRP Price All Set To Hit $0.6 Level In Coming Week

After the news started circulating that Ripple might be about to win the case against the SEC, the asset’s price started displaying upward momentum. Since 16 September, the XRP price saw a rally of more than 50%. Following this, the asset rallied about 27% between 22 and 23 September. This was quite a significant movement for a crypto token that has a market capitalization of over $23 billion.

In addition to the positive price movements, XRP started seeing improvements on the social and on-chain front too. LunarCrush’s data showed that XRP’s social engagements and mentions also saw a positive uptick in September. Therefore, XRP was placed above 3,900 other cryptos on LunarCrush’s Alternative Ratings.

On October 7, the broader cryptocurrency market witnessed some selling pressure again due to the unemployment data that poured in from the U.S. To everyone’s surprise, Ripple’s XRP chose to outshine the tough conditions and gained 8% in the last 24 hours.

On-chain data provider Santiment also noted: “XRPNetwork has jumped back over $0.52 on a mild decoupling from the rest of the #crypto back today. Yesterday’s network growth was the highest in three months, with over 2,773 $XRP new addresses created.” 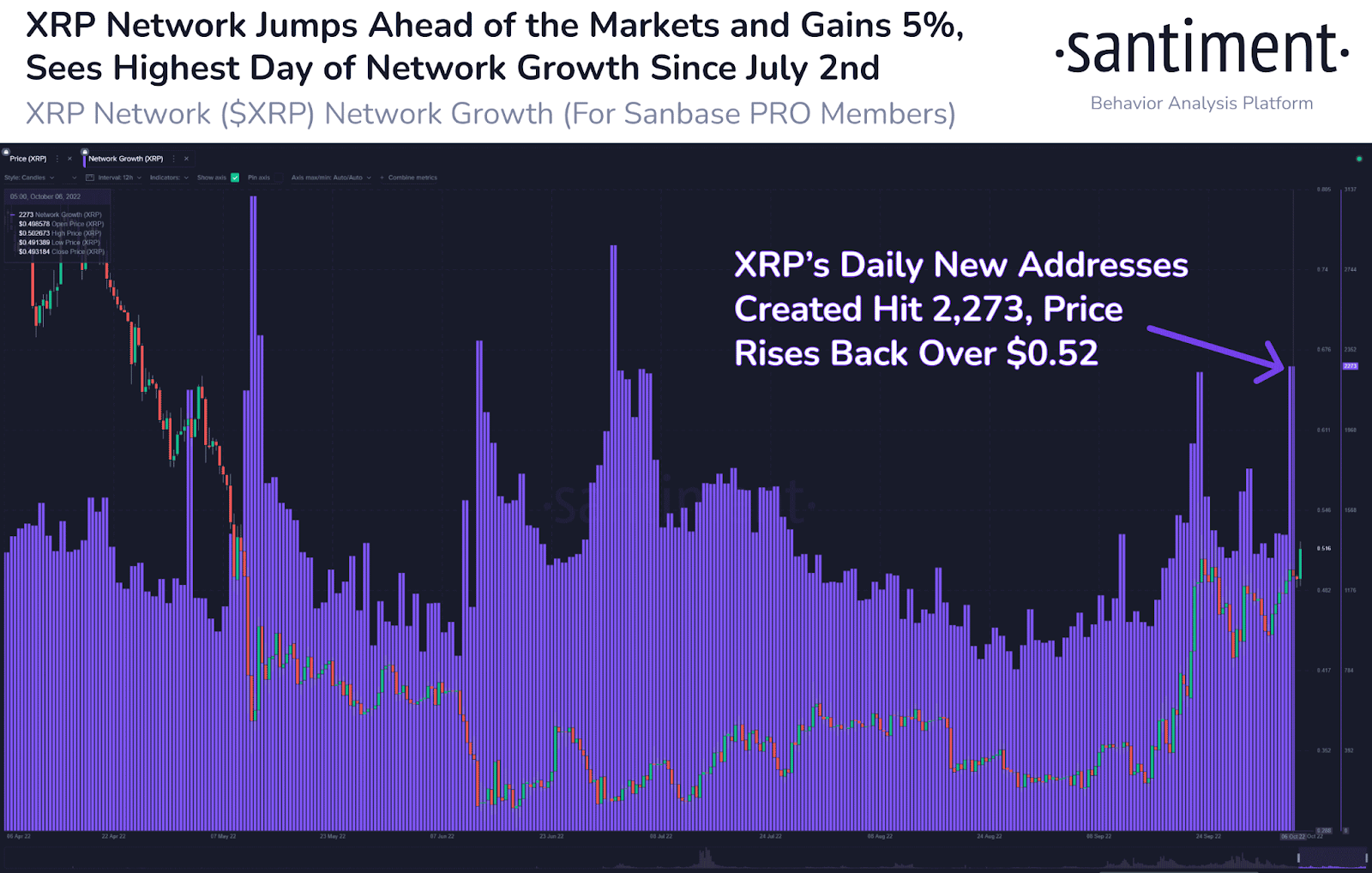 Ripple (XRP) has, once again, managed to get past its crucial resistance of $0.50.

In the last week of September, Ripple procured a procedural victory by means of its ongoing legal defense against the U.S. Securities and Exchange Commission (SEC).

The current optimism around XRP is also rising due to the market expecting an end to the two-year-long SEC case very soon. Ripple seems to be holding an edge in this case and might defend its position of XRP not being a security.