Though the overall cryptocurrency is flashing green, it might be too early to celebrate as most industry experts predict this to be just a short-lived price surge.

Among such analysts and strategists is Michael van de Poppe, who took to Twitter on September 11 to claim that XRP’s resistance area is at $0.38- which is important information for short-term traders. If the crypto market drops, he predicts XRP to hit bottom at $0.33 for longs. 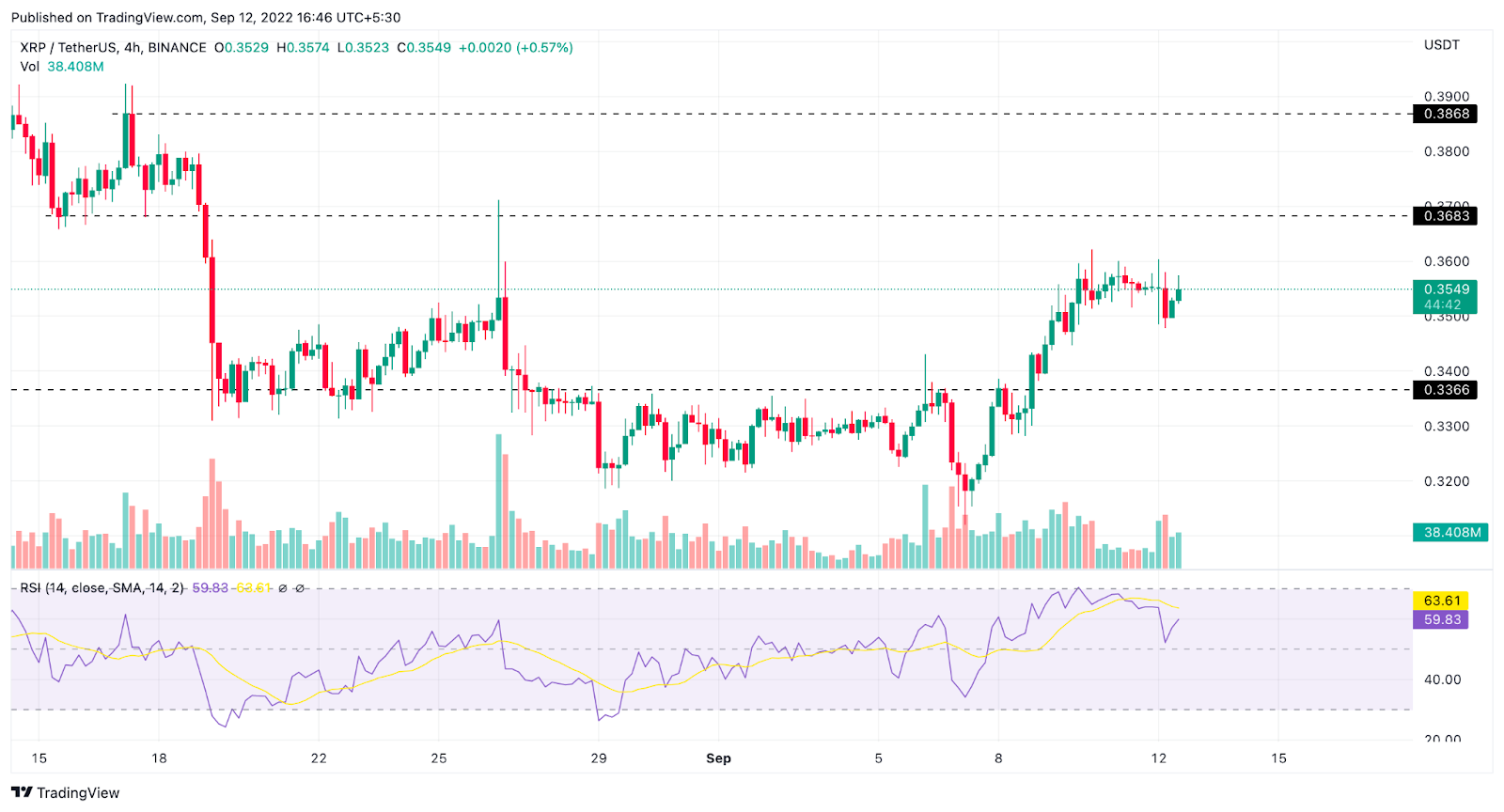 It is also important to know that in the last 10 days, the XRP price has gained nearly 10%, which points towards a short-term gain. This has prompted traders and investors to keep a lookout for any signs of the bottom.

The community at CoinMarketCap has been making predictions and one such noteworthy one was made in August. It stated that by the end of September, XRP will hit $0.49.

At the time of publication, XRP is selling at $0.35, and to hit the community’s target, the currency needs to gain by 31.14% or $0.1107. In the last seven days, the currency has climbed nearly 10% pointing towards a bullish momentum.

XRP’s major resistance was near $0.33 and now, after losing 10.09%, the currency is flashing a short-term bearish signal. As per CoinMarketCap data, XRP’s market cap is positioned at $17.74 billion, making it the seventh largest cryptocurrency.

In the early hours today, XRP had climbed towards $0.36 but failed to make a further move.