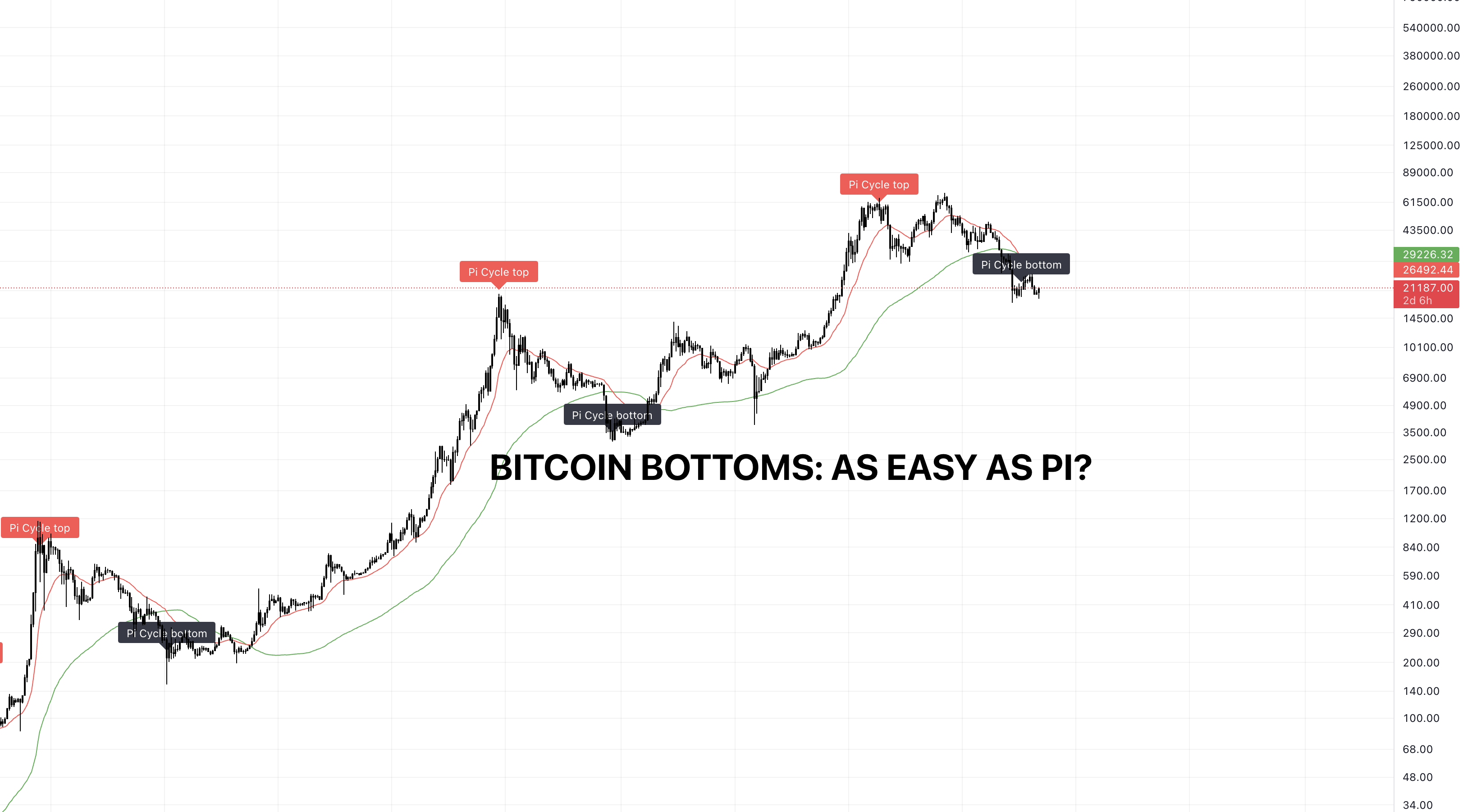 In this episode of NewsBTC’s daily technical analysis videos, we compare past Bitcoin bottoms and tops using the Pi Cycle Bottom and Pi Cycle Top indicator. We also dive into recent comments from John Bollinger, creator of the Bollinger Bands.

This video provides a detailed look at Bitcoin market cycles using the Pi Cycle Bottom indicator and other tools. A recent exchange between Tony “The Bull” and the creator of the Bollinger Bands is also a topic of discussion and corresponding analysis.

Are Bitcoin Bottoms As Easy As Pi?

The Pi Cycle Bottom indicator fired back in July, but price action retested lows for a second time. Looking back across history, it is visually clear that the tool has been fairly precise in its top and bottom signals.

For further reassurance, we used technical indicators like the Relative Strength Index and LMACD. As a reminder, the LMACD is the logarithmic version of the MACD, which provides signals across high timeframes that allow for better comparison from cycle to cycle.

Bearish momentum ran out of steam at the exact same point in the past two market cycles on weekly timeframes, which just so happened to coincide closely with the pi cycle bottom indicator firing. RSI also reached oversold levels both previous instances. Layer in some cyclical tools, and we have what appears to be a pattern. While everyone is incredibly bearish and expecting new lows in #Bitcoin, tools with 100% success rate suggest the worst is behind us and are in sync with past cycle bottoms. — Tony "The Bull" Spilotro (@tonyspilotroBTC) September 9, 2022

The Bollinger Bands were recently behaving as past setups, with the most recent being the bottom at $29K the first time, before it ultimately breaking down after it was revisited this year.

The last major bottom also had a similar, yet less pronounced bullish divergence on the RSI. The current setup also looks similar to the October 2019 “China Pump” where Bitcoin climbed more than 40% in under 72 hours.

A similar move of such magnitude would take the leading cryptocurrency by market cap to more than $26,000 per coin by Monday afternoon. However, the tool’s creator, John Bollinger, warns that the current setup lacks the necessary “squeeze” for a “head fake” – terminology that is specific to the wave the Bollinger Bands behave. It wasn't a proper Squeeze so it can't be a Head Fake.But, if we reverse tomorrow it could be nice trade.— John Bollinger (@bbands) September 6, 2022 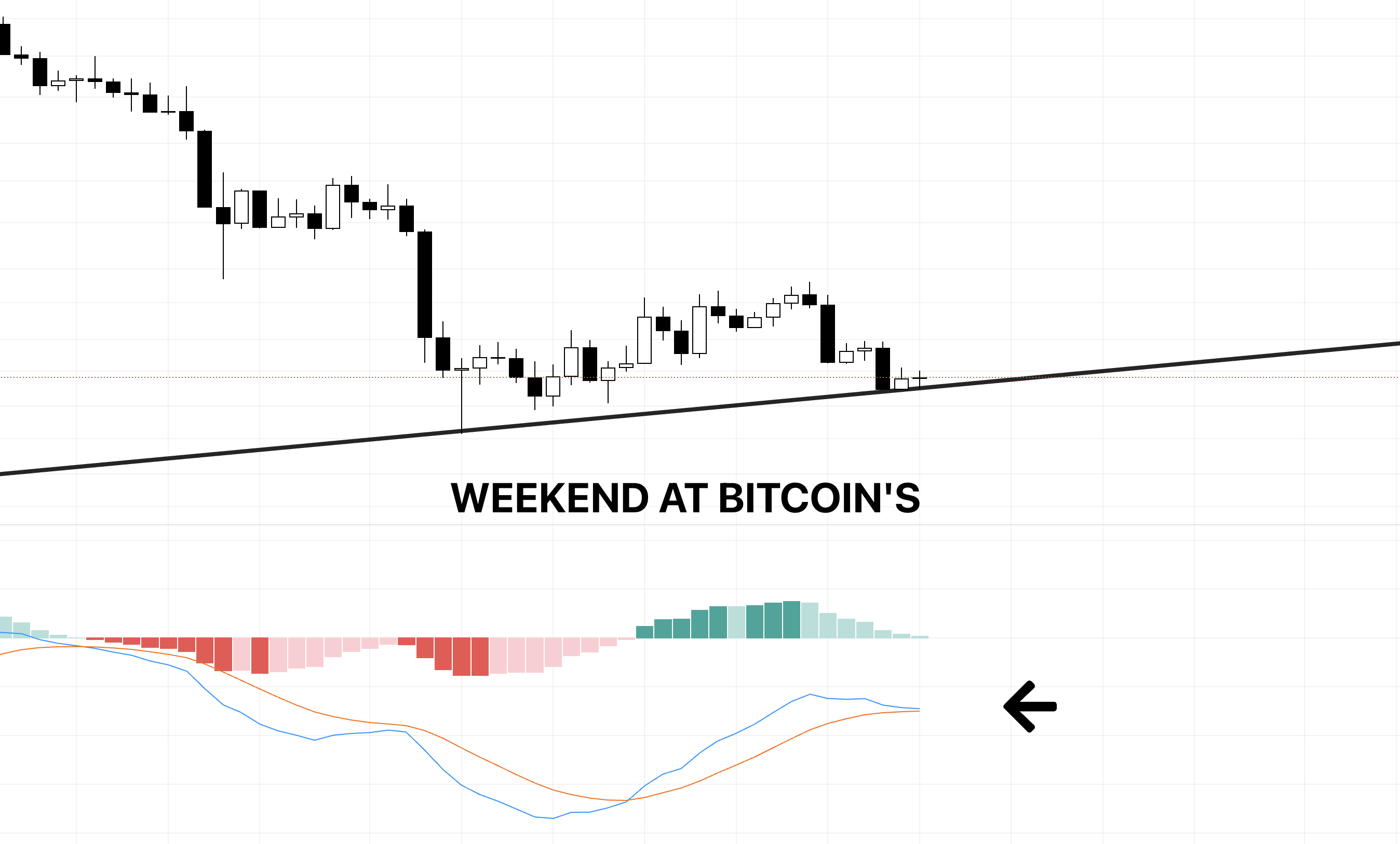 WATCH: Weekend At Bitcoin’s: Will The Dead Crypto Make A Comeback? BTCUSD September 2, 2022 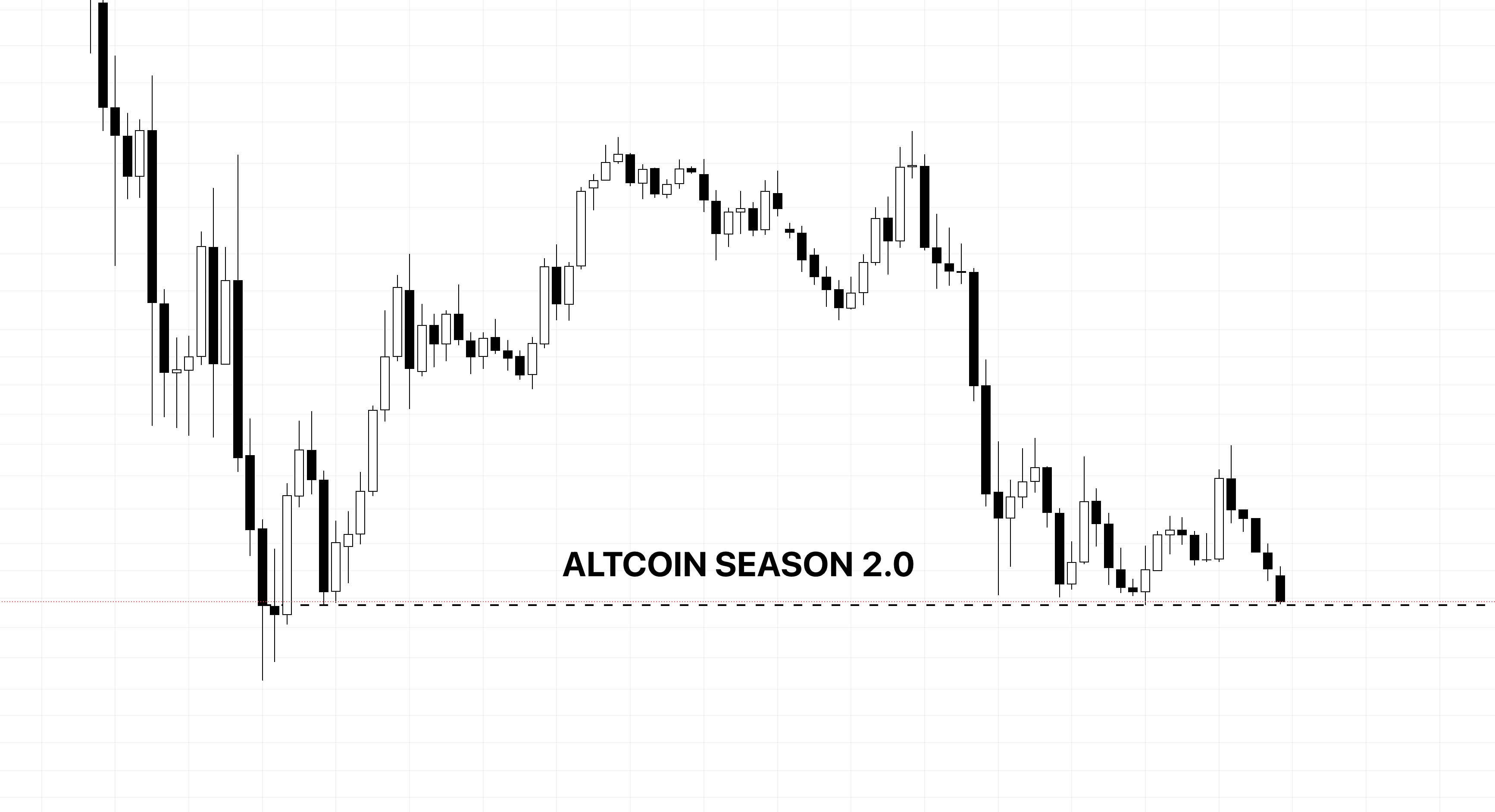