The crypto industry is regarded as a double-edged sword. Whilst some projects facilitate superior investment opportunities, some end up in fraud. Verasity (VRA) is one such unique project that supports a unique patented “Proof-of-View” consensus mechanism. Via which it intends to resolve the NFT fraud and challenges of video streaming.

Since its advent, Verasity price has achieved significant gains with the subsequent evolution of its use cases in the video advertising industry. As the project intends to encourage publishers and game developers across the globe. It has managed to lure savvies, who have been keen on the price projection of its native asset VRA. Are you acute about investing in VRA, but concerned about its future prospects? Fret not, as we decode the plausible price prediction of the altcoin for 2022 and the years to come.

Failing to sustain amidst the tensities in the globe, dragged the price back to its crucial level of $0.0195. Whilst VRA attempted a leg-up to $0.024 by the start of March. The dominance of sellers further exacerbated the sideways trend. It was on the 27th of March when a bullish spike in volumes helped VRA close the quarter at $0.029.

The second quarter was a treacherous for thoroughfare for Verasity, just like any other cryptocurrency in the business. Amidst the market-wide turbulence, VRA lost over 80% in value by the last day of the second quarter. When the altcoin was changing hands at $0.3761.

If the digital asset manages to carry forward the second half of the year on a bullish note. Whilst seeking supplements from notable events such as the public launch of NFT marketplace MVP, amongst others. The price of VRA could surge to a maximum of $0.00676.

Conversely, if the protocol fails to stand true to its commitments, the price could slump down to $0.00478. Constrained by the linear price trajectory, the regular trading price could find its base at $0.00563.

The fourth quarter could turn into a game-changer for the digital asset. If the planned events around VeraWallet, VeraEsports, Identity and Access Management, amongst others, yield the desired results. In such a scenario VRA could climb up to $0.00847.

However, factors like negative criticism or a possible market crash could slash the price to $0.00591. Factoring in the bullish and bearish targets, the average price could land at $0.00705.

If the protocol manages to establish its prominence in the crypto industry. And manages to empower its userbase, the cryptocurrency might possibly surge to establish a peak at $0.01614. However, if the sector it caters to ebbs in stance, the price might drop to $0.00736. Successively, factoring in the bullish and bearish targets the altcoin might settle at $0.01100.

Price Prediction Of VRA For 2024

The project might witness growing adoptions and collaborations in due course of time. In such a case, VRA might surge to a maximum of $0.02723. On the downside, if the protocol fails to upkeep its userbase, the price might head south toward its potential low of $0.0129. That being said, the lack of fulfilling initiatives might conclude the year at $0.0185.

As the video streaming industry, NFTs marketplace and gaming space are expected to flourish in upcoming years. With its promising events in line, the future seems to be progressive for Verasity with new milestones are awaited on its way. If the network successfully achieves the planned updates as per its roadmap. Then the VRA price may hit $0.0417 by the end of 2025.

On the flip side, if the platform fails to entertain the traction of the user base. And falls prey to widespread conjectures, the bears may easily take over. In such a case the VRA price may face a downfall to $0.0207. Conversely, constrained by a linear momentum the regular price might find its base at $0.02961.

Gov. capital has revised its prediction for the POV coin. The analysts from the firm foresee the possibility of the price hitting a maximum of $0.01564 by the end of 2022. It expects a reversal in trend to knock the price to $0.0136. And a balance in buying and selling pressures to land the price at $0.01156.

Click here to read our price prediction of Bancor’s (BNT)!

What Is Verasity (VRA)?

Verasity (VRA) is a protocol for Esports and Video Entertainment platforms. That facilitates a unique patented Proof-of-View consensus-mechanism to resolve the NFT frauds and problems related to video advertising. The product lines drift across different enterprises but are all built on the Proof of View consensus-mechanism as their mainstay.

The Verasity has its own native token called VRA. However, the platform supports VeraWallet on its blockchain on which the VRA token could be utilized as the primary currency. In order to take part in video gaming and advertising. Moreover, the Proof-of-View consensus mechanism records each view on the ledger as factual. And offers stakeholders within the video ad space a transparent media for registering organic human views in real-time. 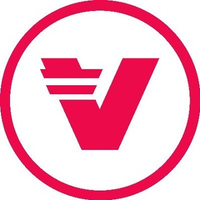 Verasity (VRA) was founded on May 18th, 2018 by RJ Mark. The founder holds substantial experience in the video and media industry. RJ Mark has accumulated knowledge in the research and development of compression programs for video streaming applications. Used at Action TV in the United Kingdom in 2000.

Moreover, he had served as the CEO of Datacard, a data management company. He further managed to find other companies in the privacy management and media industry prior he started with Verasity. David Archer, a director of Verasity Foundation has completed his graduation from the London School of Economics and Political science.

Other professionals including Sergy Molybog, Kyrylo Bibik, and Dmytro Medianik hold a proven track record in programming languages. In addition, the network has a tremendous clearly articulated and distinct roadmap built to achieve its business goals in each market.

To date, the team has accomplished the launch of VeraWallet, Video ad campaigns, hosting Esports tournaments, and introducing a revamped tournament site. The protocol has plans to launch its own NFT marketplace, along with VeraViews, an advertising platform, and other numerous projects are on the radar.

The VRA seems to be unstoppable in the near future with a series of events lined up for launch. According to Coinpedia’s formulated Verasity price prediction. If the network launches upgrades such as per the schedule, the price may easily surpass the $0.045 mark this year.

If the network fails to execute its plan, then the price can flip into a bearish trap and dip to $0.03. Considering average buy and sell pressure and keeping the above factors in mind. The average price by the end of 2022 would be $0.04.

Based on the data, it can be predicted that it is Profitable to invest in Verasity for the long term. Moreover, proponents argue this is an undervalued asset.

Verasity (VRA) has a tremendous potential to reach new peaks as many updates are lined up for launch. Wherefore, the price might surge to a maximum of $0.0417 by the end of 2025.