Let’s cut right to the chase. Are you a gamer? Chances are the answer is yes, because over three billion people in the world are.

In these crypto games, you own your game items as non-fungible tokens. Not only can you sell or trade these in game items if you want, but they can also potentially appreciate in value based on the game’s future.

The web3 enthusiasts are all over it. These play to earn games are popping up like wildfire. They’re getting bigger and better all the time, and the gaming industry is watching.

The really cool thing about play to earn crypto games is that because they make their money off people who want to own game assets, everyone else can usually enjoy the game for free.

We’re talking about AAA quality games that are free to play for anyone, all thanks to the landowners and the NFT owners, who make handsome rewards themselves.

Since value from crypto games is provided by the players themselves, the game developers have no one to be beholden to other than the actual players of their game. No investor will ever make decisions to try to squeeze players like in the tradition gaming industry.

Players actually own the ecosystem, and those players are the ones that game developers need to answer to.

Players can usually hop right in and start getting their hands on some play to earn crypto and in game currency. This amount may be modest at first, but players who choose to reinvest their winnings in the game often just increase their play to earn potential, even if they started free to play.

Hard to Spot the Best

As with many new trends that move as quickly as the NFT space, it’s sometimes hard to tell which projects will withstand the test of time.

The key when looking for the top play to earn crypto games is to watch them as early as you can. These crypto projects tend to be a lot more transparent in their development than many other more traditionally developed games.

Also, just like traditional video games, some games that are in development will never take off. You want to invest your time and money in games that you have faith in. Your play to earn rewards from a crypto game won’t mean much if no one wants to buy them ever.

In the rest of this article, we’ll go through a top 8 best crypto games list of projects with NFT ownership and blockchain technology. Some play to earn games are upcoming crypto games that won’t be released until later this year, but all of them are worth your attention. Getting in early is great in play to earn crypto games.

Nothing is guaranteed, and while NFTs with utility tend to appreciate in value, many projects that offer nearly unlimited supply NFTs just don’t give other players any incentive to pay more for them when it comes time for you to sell your game assets.

In this world, scarce is good. 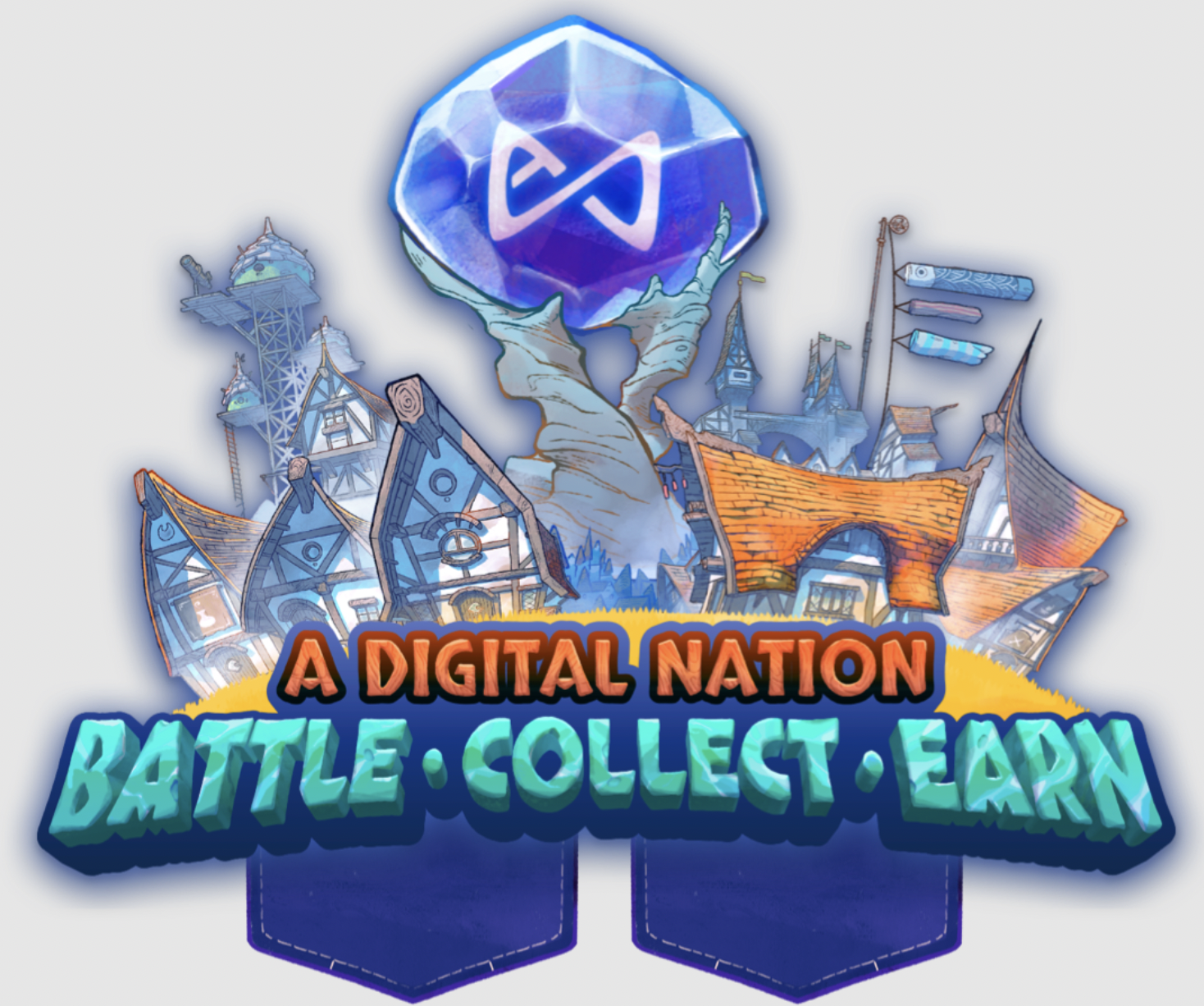 Coming in last place on our top 8 play to earn games list is Axie Infinity, the collectible NFT breeding and battling game on the Ethereum blockchain.

A lot of long time players of Axie have accumulated a lot of wealth and digital assets, which means to be competitive new players may have to invest some resources into this crypto game.

You can still earn a lot of in game currency playing Axie, and just because it’s a well established crypto game doesn’t mean the ship has sailed.

Players in Axie Infinity raise, collect, and breed ridiculous creatures call Axies which are digital assets represented as NFTs. You can battle players with your Axies or buy and sell new bloodlines on the game’s marketplace.

You’ll be rewarded for winning battles, but the game focuses on breeding and collecting Axies.

Some of the most valuable Axies out there have sold for an objectively ludicrous amount of money. The simple Match 3 game that spun off the play-to-earn hit, Town Star (described later on this list) is actually a surprise addition to this list after I had a chance to play it for a few days recently.

This game is as addictive as any match 3 game I’ve ever played, and they haven’t even released any rewards or earning mechanics yet. It’s got major potential, maybe even as a mobile onboarding tool for more people to find how much fun you can have in a crypto game.

Just like the ever popular Candy Crush, you match up satsifyingly explosive blocks in this game. 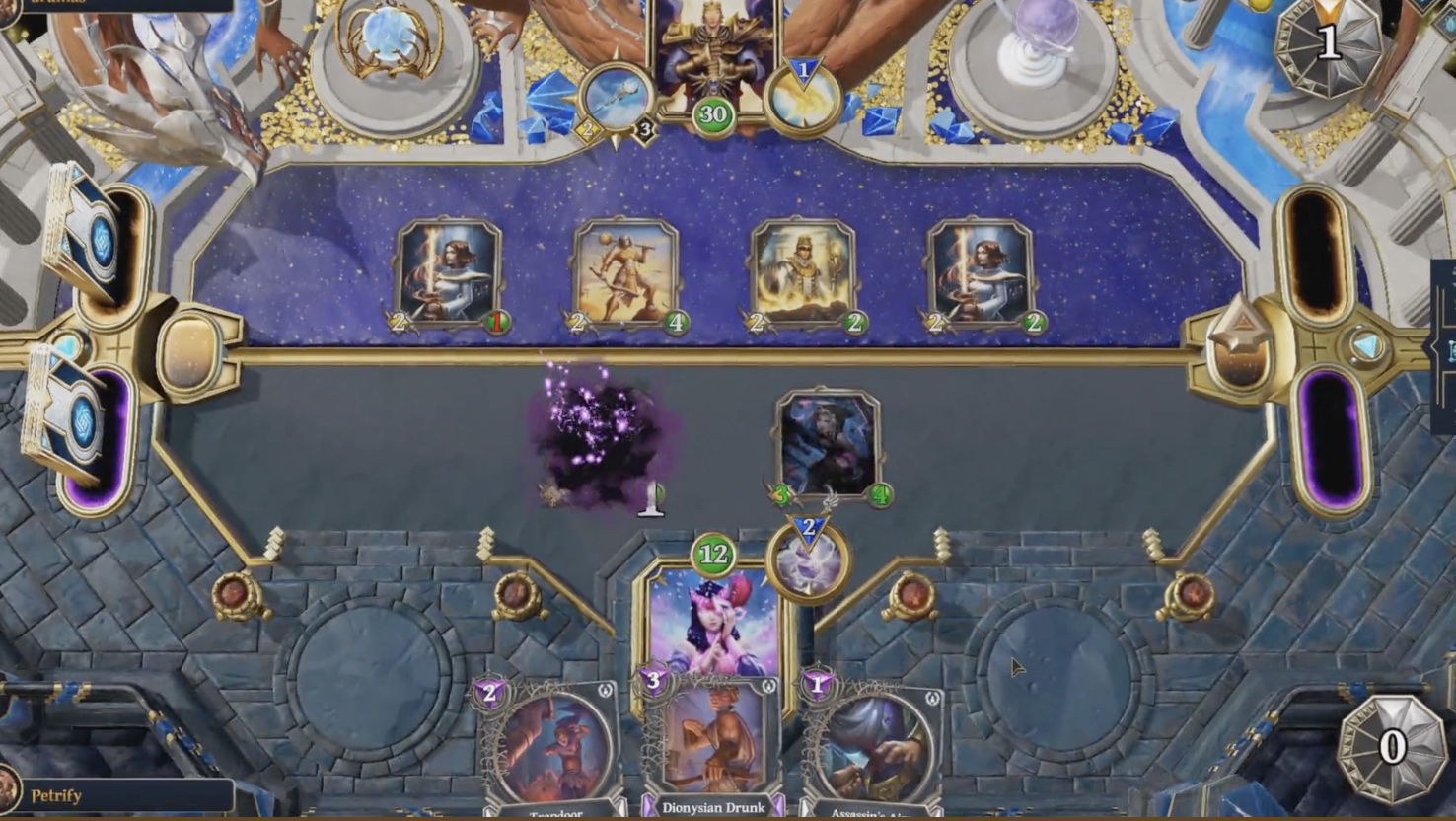 Some players criticize that it’s not easy to be a casual player of this game. Games are long and the mechanics are complicated.

For lovers of TCGs and super complex strategy, Gods Unchained may be the perfect NFT game though.

You earn currency in the form of the GODS native token for battling other players in Gods Unchained, and can also free NFTs. I have a feeling number 5 would be even higher on the list if the game had already been released beyond a demo.

In fifth place, it’s Superior, the 3rd person roguelite adventure where you take on evil superheroes.

This game looks absolutely sick, like a comic book in 3D.

Avatar characters will be ownable assets as NFTs. You can level them up and increase their skills, or trade them on the secondary market.

In this crypto game, rather than playing against other players, you’ll team up in a three person squad to survive as long as you can through the game.

After you meet your defeat, you’ll be back to the beginning, but your NFT character will earn XP for every playthrough.

Instead of turn-based gameplay, it’s a drafting game. Both players are presented with a set of rules, then they have 2 minutes to pick a team of monsters from their collection. That team then goes to automatic battle against the other player’s team.

Through daily quests, you can earn a nice supply of NFT cards every day, as well as some of their governance token.

Since cards=power, obviously people who put in an initial investment in Splinterlands will get a better start, but many players just grind up over time and do fine.

Overall, the game has one of the smoothest onboarding experiences in crypto games, and it’s well out of beta play. Today, it’s probably one of the top paying play to earn crypto games. Who’s ready to fight off some zombies while protecting your makeshift house in the world of The Walking Dead?

AMC Networks is clearly interested in blockchain games, because they made a deal with Gala Games to create this game, and it’s getting close.

They call it a survival MMORPG. The game has role-playing elements and 4x elements that will require players to scavenge and use found materials to build up their bases and defenses.

They’ll have to fight off both walkers and living enemies, and they’ll have to pay taxes to the owners of the land on which they live.

Free to play players should still have plenty of fun hacking up walkers, but it’s unclear what play to earn will be like for non-NFT owners at this time.

This one sounds fun whether or not it involves play to earn crypto. Crypto games have often been subpar compared to the mainstream, but this looks like one that I’ll be playing whether I’m earning or not. For number 2 on this list of the top play to earn crypto games 2022, let’s talk about Town Star, from Gala Games.

A new head of the project was recently brought on who was the former game director of Command and Conquer 2: Red Alert, as well as Farmville.

The game started as a simple weekly competition. Every player chooses an area in the world, then they spend as much time as they can to build the most productive town possible with their 16×16 area.

If you think you’re really good at these kinds of games, try your hand in a competition. You may find yourself with a healthy balance in your crypto wallet from it. Spider Tanks was chosen for number one play to earn crypto game because of its unquestionable potential to reach tons of new players and show them the benefits of play to earn gaming.

Spider Tanks is a 3v3 tank brawler that lets players own their items. Players can always play with items and tank parts that they own, or they can choose from a few rotating free choices for free to play gaming.

The game recently just unveiled a new Pilot Program that lets NFT owners allow other players to use their tanks. Both players then split the rewards.

Even the battlefield on which the Spider Tanks match takes place can be owned by a player. Landowners will essentially “host” matches and earn a share of the rewards from every one of those matches.

Spider Tanks will also offer a feature that will allow free to play players to earn rewards entirely free to play.

Remember, if you’ve caught onto the crypto game world and play to earn gaming already, then you’re still an early adopter– a pioneer.

Watching and playing these early winning examples will give you a keen sense of what to look out for when trying to spot the best ones of 2023, 2024, and long into the future. Play to earn crypto is just the start. Who knows where the future will lead?

This is just the start of blockchain technology enabling genuine ownership and game rewards… often even for free to play players. This shift from traditional video games will enrich the lives of gamers all over the world. Doesn’t it feel good to be part of the revolution?