Cryptocurrency has been around now for over a decade, and it’s not going anywhere. The technology behind these distributed ledgers called blockchains is actively changing the world.

One of the first industries to show the power of Web3 and blockchain technology is blockchain games.

With more than 3 billion gamers worldwide and many of them eager to spend money on their entertainment experience, NFT games represent a potential gateway to the mass adoption sought by crypto and Web3 enthusiasts everywhere.

Let’s check out some of the top play to earn games out there leading the charge in the world of blockchain games! When you see a quality PvP brawler with the potential for esports arena appeal, you’ve got to get excited. It’s even better when that game is a new play to earn game, equipped with ownership, rental capabilities and a tight play-to-earn economy.

Spider Tanks is currently in its early access beta release phase. The game is open and playable by anyone, and full play-to-earn mechanics are coming later this year.

They’ll even give you a few random choices of weapons and bodies from the extensive parts catalog. Battles are just a few minutes long and there are 3 different modes of gameplay.

In Spider Tanks, you can own your garage. When you own tank parts, you can play with them in any battle, or you can level up their stats to give yourself an edge.

This means you can start with a level 1 item, grind it up to a level 30, then sell it on an NFT marketplace!

Players can also own land in this game to receive rewards for any battles completed on their maps.

In Spider Tanks, players will earn based on their victory and participation.

The multiple avenues of earning rewards in Spider Tanks will allow free to play players opportunities to earn some real money for their gaming skills. 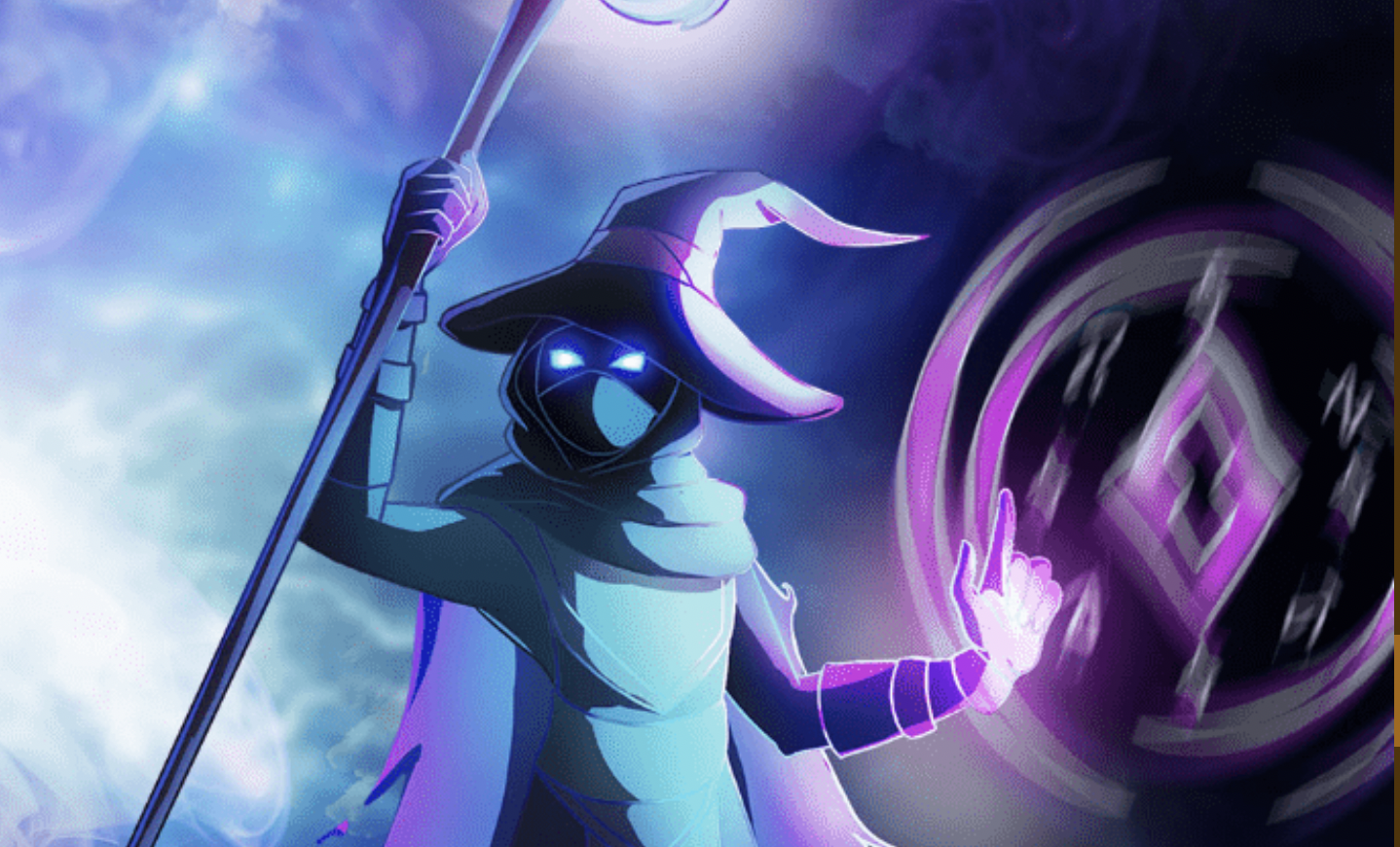 Spinterlands is one of the old players in the play-to-earn space, started in 2018 by a small group of blockchain gaming enthusiasts.

The game itself is a collectible trading card game with strong economic strategy elements.

Each player has just 2 minutes to draft their best team from their deck, then the battle is played out automatically.

Each Splinterlands card has its own small-cap peer-to-peer market within the Splinterlands site. Players can buy and sell individual cards, as well as list cards from their collection for rent.

Players can also own land in an extensive fantasy world. Many blockchain games have introduced the idea of land as digital assets, but Splinterlands was one of the first.

With every Splinterlands victory, each player earns Splintershards, the reward crypto token of Splinterlands.

Players will complete quests each day to earn cards, in game currency, and other digital assets. Through the rental market, players can even lease cards to earn passive income. Superior is not live yet, but after a couple of closed playtests for those in the right place at the right time, it’s easy to see it will be one of the top NFT games by users a year from now.

The artistic style is incredible, almost capturing the magic of a comic book in a third person roguelite.

There’s shooting, there’s sword-fighting, and there are superheroes gone evil with power that must be stopped.

One of the most important things you can own in Superior is your character. Characters will be limited edition owned crypto assets as well as lots of other in game items.

There haven’t been a lot of details released about the earning economy of Superior yet, but leaderboards and competitive play will play a part in earning the in game token. 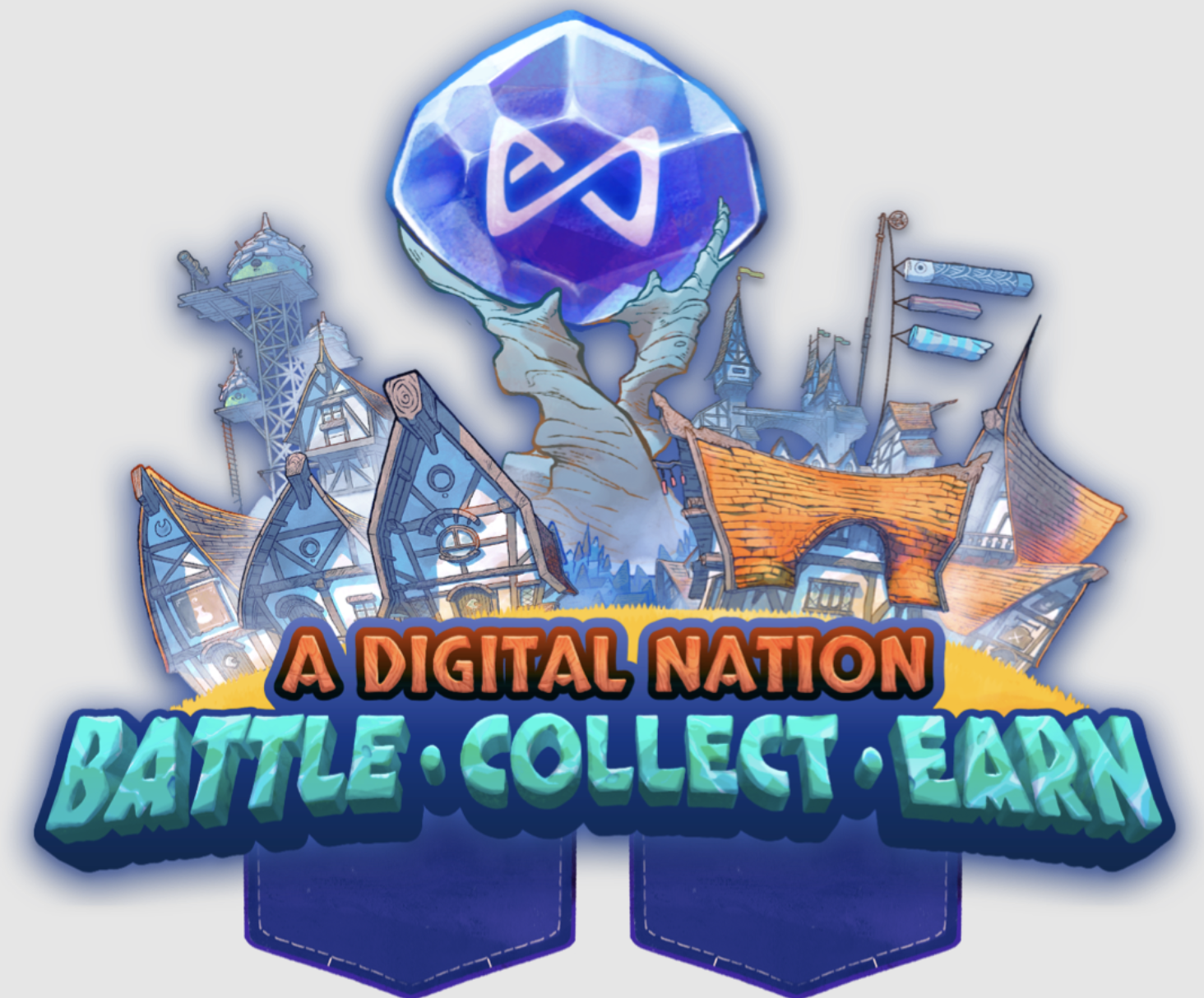 Axie Infinity is one of the early players in the play-to-earn gaming space and arguable the most well established blockchain based game.

Despite falling from the height of their values as the greater world of crypto games descended into a bear market, starting to play Axie Infinity can sometimes involve a pretty massive initial investment to be competitive.

The game is a PvP battler in which players pit their teams of 3 creatures called Axies against each other. Axies are all unique, and players can choose to breed them for both AXS and SLP, the two native token cryptocurrencies of Axie Infinity.

Axie remains to this day one of the top blockchain games by users.

The Axies themselves are the main owned asset in the play to earn game. In fact, in order to start playing, you must secure a team of 3 Axies.

After this you can breed Axies using the ones you own, but to breed best you may need real world money to trade NFTs.

Players play to earn in Axie by battling and winning in the PvP mode, or completing single player adventures in adventure mode.

The top earners in the Axie community have always done so by breeding and selling Axies. You would assume AMC had The Walking Dead on total lockdown, reserved for only the best quality projects imaginable making this next one of top NFT games for sure.

It’s a survival MMORPG with a top down visual style that may remind players of OG Fallout.

Players will be fighting off walkers and other players, often on their own land where they’re trying to scrape out some semblance of survival.

You can own your land in Georgia, and depending on its rarity, you can even invite others to stay, helping you fortify your property.

You can own crafting stations, weapons, even playable characters that you’d recognize from the show.

In the future, the game will likely release more in game land in other states as the NFT game follows the path of the show universe through the real world map of the US.

You’ll basically earn rewards based on carnage. The more battle on your land, the more sweet rewards you’ll earn

Blankos Block Party is a casual and fun play to earn game with a few different modes of play.

The game is centered around the unique and limited edition NFT characters called Blankos.

Blankos themselves and some of the equippable items they wear are owned as NFTs and can be traded on the marketplace.

There are tons of little in-game reward programs and ways to unlock perks, bells and whistles.

Currently the only way to earn money is to sell Blankos on the market, and the game has no way to earn a native token or utility token through in game actions. GRIT hasn’t been fully released yet, but as the first crypto game announced to be on the Epic Games Store, it’s kind of a big deal.

The game is a Wild West multiplayer battle royale a little bit like PUBG. It’s got sweet horseback combat, immersive environments and lots of shooting.

It’s going to be a great fit for the world of crypto games, and could lead tons of new people coming to upcoming crypto games.

The first sale offered by GRIT was for a limited supply Gunslinger Box. These boxes will be opened to reveal a unique, generative playable character with different rarities and skills.

The game developers have discussed owning crafting tables or land, but no firm info on that yet. They also gave out NFT horses as SWAG for convention attendees. meaning we may see a few more horsies coming to this crypto game.

These details have not fully been revealed, but they are usually kept quiet until just before release.

Built similarly to Hearthstone or Magic: The Gathering, GU is one of the original play-to-earn games in the space. You may have seen one of their ads way back in 2018.

The game is a PvP trading card duel setup with a strong emphasis on deck-building. Some new players complain that the complex strategies involved are too difficult to learn and deter new players.

The cards are the owned items in this game. They come in all sorts of different editions and rarities, and they can even be fused together sometimes to make better versions of themselves.

Play-to-earn rewards in Gods Unchained are quite simple. By completing a weekly obligation, you can earn cards as rewards, and the cards can be listed on the secondary market.

Every time you level up in Gods Unchained, you’ll also receive some in game currency and cards.

Check it out, but only if you love card games. Town Star is a different kind of play-to-earn game than you might expect to see on a list of top crypto games 2022.

This game is easy to start playing for free and learning the strategy. They even host regular competitions that anyone can win.

In May 2022, over $2 million was given away as prizes in Town Star competition, so it’s pretty serious.

It may be more challenging than the typical farming sim, but the strategy makes it much more fun and addictive to hone your skills.

Players make the most of their 16×16 grid, farming crops and processing into goods. Selling goods to the nearby cities allows you to pay your workers and expand.

There are so many things you can own in Town Star. These NFT buildings can be placed anytime, and with no placement cost.

Other than winning money in a competition, you can earn TOWN rewards daily in Town Star by playing with owned NFTs and completing a daily challenge to earn crypto coins.

It’s pretty straightforward. That’s why Town Star is one of the biggest crypto games in the world. We’ll finish out the crypto games list with a game that will remind you of some of the most popular games in the world: Starcraft, Clash of Clans, and Age of Empires come to mind.

Protect your territory, build buildings and summon warriors to take over neighbors.

Fortitude’s got all the building blocks of a smash success that will onboard millions to crypto games.

The only presales hosted by the Fortitude team so far have been for defense towers and land.

The land comes in the form of a Clan, meaning that the landowner can recruit a certain number of players to be part of their clan.

You’ll earn by running a clan, or to a lesser degree by being part of a clan. Owners of clans can charge for membership, but each member will unlock the earnings based on the rarity of the clan NFT.

Among play to earn crypto games, this one maybe has us the most excited. The idea of defending your player owned assets from other players could make it far more meaningful and engaging to play.

Seeing a pattern? The play-to-earn model is seeping into every corner of gaming, every genre, and now there’s no stopping it.

Once players have had a taste of owning their in-game assets with high quality games like the ones mentioned in this article, they’ll never look back.

It’s time for players to take back the power in the gaming industry, and it’s already well underway in the play to earn crypto games world.

Get out there and explore the world of play to earn crypto games!