The crypto-verse has witnessed a very unusual event, which has been outrageous for investors and marketers from the crypto spectrum. The event is of none other than that of Terra (LUNA), now Terra Classic (LUNC). The price dump of the crypto asset has been hard to swallow for the industry. The fall which had started following the depeg of UST further aggravated following mass liquidations and manipulations. Marketers from the business are still perplexed over the future of Terra Classic (LUNC). And the recently launched Terra (LUNA). Buckle up as we decode the plausible LUNC price prediction for 2022 and beyond.

LUNA price had made its way to the current year with a price tag of $91.47. The price of the digital asset took a slide to $62.87 over the week, on the 8th of January. Whilst the altcoin did attempt a 38.16% rebound over the next week.

LUNA’s price faced its first lowest level of the year, as the price took a dip to $43.28. Which was on the 31st of January. After a brief period of consolidation amidst torrential torments in the business. The price had been escalating since the 22nd of February and went up an astonishing 118.23% by the end of the quarter.

The second quarter has been disastrous for the altcoin. While the market-wide turbulence did affect the price of LUNA to a notable extent. UST losing its threshold at $1, followed by a rippling effect and increase in sell-offs has dragged the altcoin to rock bottoms. The digital asset hit its ATL of $0.00001675 on the 13th of May 2022.

The altcoin could chug up to greater heights if it seeks impetus from volumes. If the digital asset manages to make its presence felt in the industry. The price of LUNC might soar to its quarterly high of $0.0002918.

On the flip side, if it continues to fall prey to pump and dump schemes, the price might tumble down to $0.0001584. That said, constrained by the linear price projection, the average price could land at $0.0002104.

The optimism of the fourth and the final quarter of 2022 could turn fruitful for LUNC price. With an escalating count of buy orders, the price of the digital asset might catapult to its maximum target of $0.0003952.

Contrarily, if the broader market falls prey to bearish clutches, the price might take a dip to $0.0002238. That said, a balance in buying and selling pressures could settle the price at $0.00029901.

If Terra Classic witnesses a major push by big money holders or whales, LUNC might eliminate a zero from its price tag. Successively, the digital token might hit its potential high of $0.0007818 by the end of 2023. On the other hand, if the project falls prey to the bears, LUNC’s price might land at a minimum of $0.0003281. Constrained by the linear rate of price propulsion, the average price might find its base at $0.0005013.

Terra Classic’s LUNC might ascend to a maximum of $0.001430. If it manages to hold onto its prominence against that of Terra (LUNA). However, if the crypto industry undergoes major reforms with regulatory clampdowns by governments across the globe. LUNC’s price might sink down to the lows of $0.0005786. That said, the regular price might land at $0.0009156.

The coin market industry will spectate numerous changes by the end of 2025. If Terra Classic sees impetus from the team or comes across a revival plan. The price of LUNC might chug up to a maximum of $0.002846 by the end of 2025. In contrast, if the digital asset finds a lack of development and impetus, the price might land at $0.001094. That said, the average price might land at $0.001776.

As per the LUNC price prediction by Digital Coin Price. The price of LUNC might escalate to its maximum of $0.000338 by the end of 2022. Whilst a reversal in trends could knock the price down to $0.000294. A balance in buying and selling pressures could land the altcoin at $0.000316.

The firm also hosts predictions for the long term. Accordingly, the altcoin is expected to soar to a maximum of $0.000502 by the end of 2025.

According to the Terra Classic price prediction by Telegaon, the altcoin is expected to surge to a maximum of $0.000451 by the end of 2022. Whilst an increase in bearish trends could slide the price down to $0.000265. That said, a balance in buying and selling pressures could settle the price at $0.000314. As per the analysts, the altcoin LUNC price could reach as high as $0.0048 by the end of 2025.

Click here to read our price prediction of XRP!

What Is Terra Classic (LUNC)?

Terra (Now Terra Classic) is a blockchain protocol launched in 2018 by Daniel Shin and do kwon do kwonco-founder and ceo at terraform labsDo Kwon is a cryptocurrency developer who is the Co-Founder and Chief Executive Officer of Terraform Labs. With terraform labs, he also founded the telecommunication company Anyfi and served as its CEO, a peer-to-peer communication solution using mesh network technology. And eventually, in 2018, he founded Terraform Labs along with his friend Daniel Shine, intending to develop a decentralized price-stable cryptocurrency such as LUNA. He successfully led the Terra Blockchain by constantly developing new blockchain technologies, products, protocols, and platforms, including anchor, prism, and mirror. Through Terraform Labs, Do Kwon developed the Terra proof-of-stake, a public blockchain built on the Cosmos SDK. He is also the founder of another failed stablecoin project, Basis Cash, an Ethereum-based token created by Nader Al-Naji.EntrepreneurDeveloper/ProgrammerChief Executive Officer Followers : 0 View profile . The digital asset was created with a vision to adjust the modern economy’s flexibility. As per the whitepaper, Terra Classic employs a price stabilization algorithm. That constantly balances the supply of a coin, with an aim to keep the prices stable.

The network offers lower fees, high scalability, stability, and reliable financial assets. The protocol’s native asset is LUNC, which addresses a host of issues related to speed, scalability and accessibility. 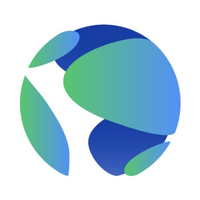 Terra intends to set itself apart, with the help of its fiat-pegged stablecoins. As it clubs the benefits of cryptocurrencies with the day-to-day price stability of fiat currencies. The protocol holds a number of partnerships with payment platforms, which justify its strengths.

Conversely, Terra is also supported by Tera Alliance. In February of 2019, the company reported that e-commerce platforms from 10 different countries, with a user base of 45 M. And a gross commodities value of $25 B were members of the alliance.

The constant upgrades and partnerships will give a massive boost to the price of Terra Classic (LUNC). According to Coinpedia’s formulated Terra Classic price prediction. With bullish market sentiments, LUNA’s price may skyrocket to $0.0004 by the end of the year 2022.

On the downside, market fluctuation and increased competition may adversely affect Terra’s (LUNA) price. As a result of which the digital asset could collapse to $0.00023.

The crypto asset has had a roller coaster ride ever since its inception. The altcoin which was one of the top 10 cryptocurrencies by market capitalization, just a few months ago. Is now at the 211th position by market cap ranking.

To learn about the price prediction of Terra (LUNA) click here!

A: After the tragic losses post the depeg event nothing much can be said about the altcoin.

A: The chances of the altcoin reclaiming its ATH now seem to be bleak.

A: The altcoin is listed on prominent cryptocurrency exchange platforms like OKX, Bybit, FTX, and DigiFinex amongst others.