After The Successful Merger, What Can be Expected from Ethereum (ETH) in September?

After numerous delays, the Ethereum integration finally happened in the early hours of September 15. When Ethereum’s main net reached “terminal total difficulty,” a predefined threshold at which mining ETH became almost impossible, the network automatically switched to the proof-of-stake consensus method, causing the event to occur.

The upgrade is said to increase the network’s security and scalability, which supports a $60 billion ecosystem of crypto exchanges, loan businesses, non-fungible token (NFT) marketplaces, and other apps. It eliminates the network’s dependency on the resource-intensive cryptocurrency mining process, and it is anticipated to have an impact on the more significant blockchain sector.

The transition from POW to POS will result in an 80% decrease in the number of ethers issued per block. There is potential gain for Ethereum investors, according to experts. While some predict that the price of Ethereum will surge to $10,000, others are still pessimistic.

Effects of mergers on Ethereum price

After the successful Ethereum integration event, there was a significant price swing. The price of Ethereum fell below $1500 as the ramifications of the merger started to be seen. With another Fed rate increase announcement scheduled for next week, the price of Ethereum is anticipated to fluctuate over the next few days. 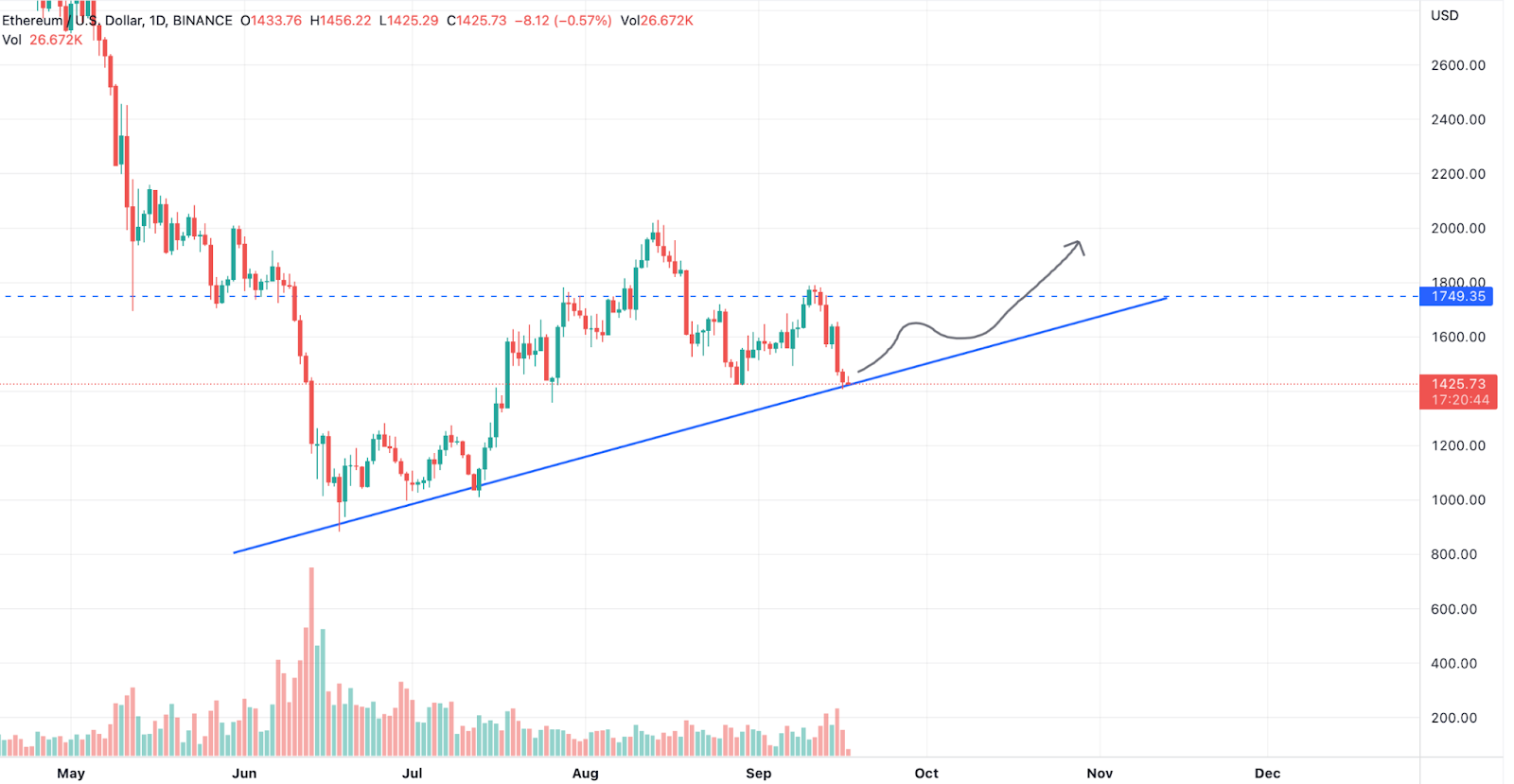 The price activity has not changed much since last Tuesday. It was determined that the price action’s demise would result in a $1750 hold, which wasn’t apparent. As a result, the price dropped and the action was seen to record lows around $1400.

Collectively, new highs are yet to be reached, but they are anticipated to do so in the following weeks. It is expected that September will be a pivotal month for the market.

Although the merger has had a beneficial effect on Ethereum, experts remain dubious about it. Since the integration, the Ethereum(ETH) price has fluctuated and will continue to do so. Investors are advised to exercise caution when handling their assets with rigorous observation & research.