Solana ($SOL), the eighth-largest cryptocurrency by market cap has continued its bullish burst as it posted another all-time-high earlier today reaching $120. The new ATH comes just a day after $SOL breached the $100 barrier for the first time. The altcoin registered a 22% price surge over the past 24-hours even when the rest of the crypto markets moved sideways with the dominant bearish sentinent.

Solana extended its weekly gains to over 50% at a time when most of the crypto market’s weekly gains are in red. $SOL’s phenomenal run began in August and it has nearly seen a 4X rise in the past month itself making it one of the fastest-growing altcoin. It was also the first crypto token to reach a new ATH post-May market crash.

The crowd sentiment around the eight largest crypto tokens is highly bullish as evident from the Santiment data which indicated that the Weighted sentiment has surpassed the 4 deviations above mean which is a rare occurrence. According to Santiment, the project is seeing hype to a level that very few crypto projects see. 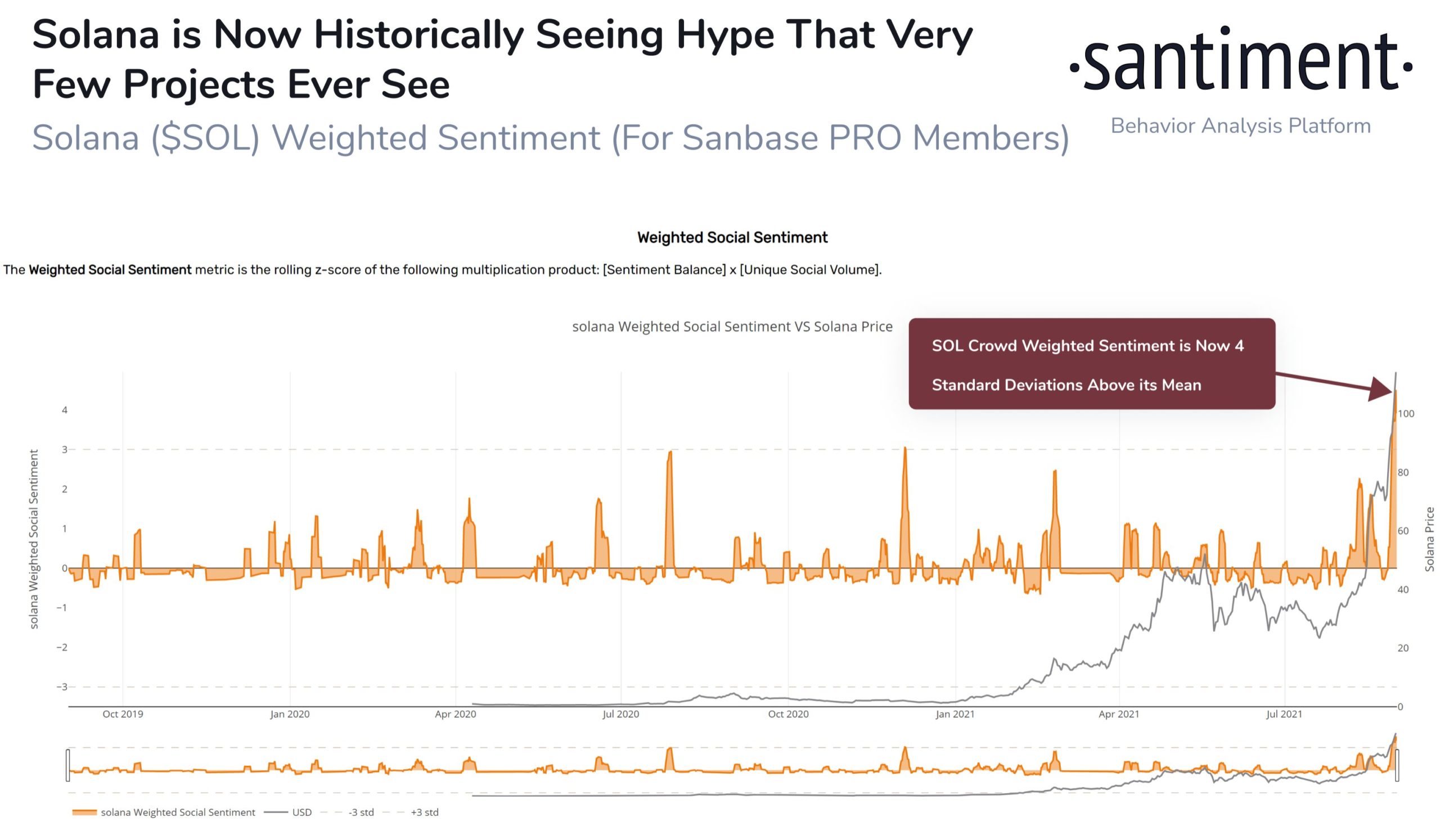 The hype is understandable given Solana has managed to grab the public eye in a very short time span even competitors are in awe. Recently, Charles Hoskinson, the founder of Cardano heaped praises for the success of Solana and even wanted to learn more about it. The appreciation grabbed the media limelight because Cardano is set for a key Alonzo upgrade that would integrate smart contract support, making it a competition against Solana.

$SOL’s mammoth price rise in 2021 has also helped its market cap grow exponentially which is currently sitting at $33.8 billion just behind Dogecoin ($DOGE) at $35.5 billion. The altcoin is currently ranked eighth on CoinMarketcap, rising from the tenth spot just a couple of days ago.

If Solana manages to continue to rise in a similar fashion it has a good chance of doubling its market cap to near $70 billion that could push it above Tether’s $65 billion market cap making it the fifth-largest cryptocurrency. Many altcoins did it in the last bull cycle including Dogecoin and Binance Coin, so it’s on the cards.