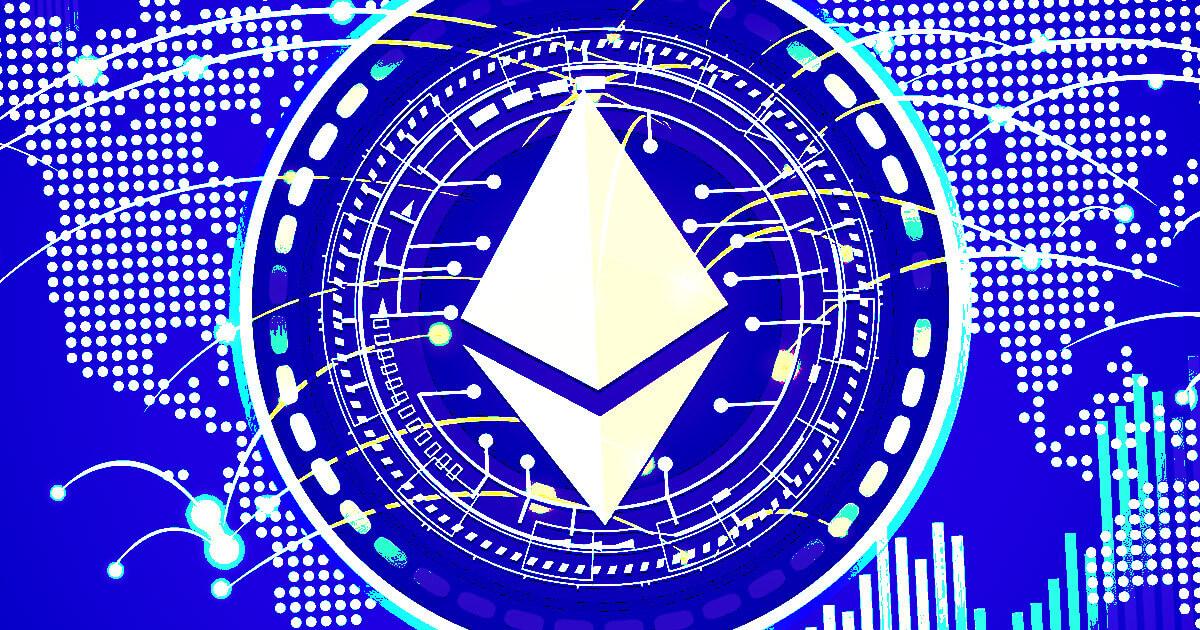 The Merge has been a hot topic of conversation within the Ethereum ecosystem for years. The third revision of the original Ethereum whitepaper included references to proof-of-stake in 2014. Vitalik Buterin added references to PoS, stating that both PoW and PoS can “serve as the backbone of a cryptocurrency.”

“The mechanism behind proof of work was a breakthrough in the space… an alternative approach has been proposed called proof of stake, calculating the weight of a node as being proportional to its currency holdings and not computational resources… it should be noted that both approaches can be used to serve as the backbone of a cryptocurrency.”

Further, later in the paper, Vitalik added, “in the future, it is likely that Ethereum will switch to a proof-of-stake model for security.” It has been almost nine years since the whitepaper was published, and the move to PoS is yet to materialize.

However, as many are already aware, it is now officially scheduled for September 2022. More accurately, one Ethereum developer has now calculated the project block height will be reached at 10:57 PM CEST+2 on September 14. This date may go down on record as the most important day in the history of the internet.

Finally back from vacation. Ran some computation to confirm the TTD for mainnet.Projected Date of TTD hit: 2022-09-14 22:57:34 +0200 CESTLGTM! Big thanks to @TMIYChao for doing the initial computation — MariusVanDerWijden (@vdWijden) August 15, 2022

The Merge is important not just because it is the culmination of years of work by the Ethereum developer community but because it cements Ethereum as one of the most critical building blocks for the future internet. It upgrades the security while lowering its energy output, thus making it a viable mechanism for companies with ESG requirements.

A PoS Ethereum silences the misguided narrative of PoW being bad for the environment while reducing Ethereum emissions by 90%. Ethereum’s inflation currently sits at 4.3%; this will drop to roughly 0.4% after The Merge, while significant fiat currencies are presently recording 40-year highs.

Merge fact of the day:Current ETH issuance is 4.3% annually. After the Merge issuance will be reduced by 90% to ~0.4%.To put this in perspective, this will be the lowest issuance of any major blockchain. Solana is currently ~9% and Avalanche is ~26%.— Crypto-Gucci.eth ᵍᵐ🦇🔊 (@CryptoGucci) August 18, 2022

With The Merge now less than a month away, it is the main topic of conversation by many key players in the space. Ethereum also outperforms Bitcoin, climbing 62% from its local low in July.

The #ethereum merge is a bigger and more important event than the #bitcoin halving!— Lark Davis (@TheCryptoLark) August 13, 2022

#Ethereum has been extremely impressive – honestly I did not think it would reach 0.08 again this year, but here we are. Merge still a few weeks away. Just yet another reminder why #ETH is such an important part of a portfolio— Benjamin Cowen (@intocryptoverse) August 13, 2022

The Merge has to be one of the most technically advanced coding upgrades in the history of the internet. Ethereum hosts over 500k ERC20 tokens according to on-chain data, meaning half a million projects rely on Ethereum to settle transactions within their ecosystem. There are also roughly 4,000 dApps on Ethereum and over 500k active addresses.

The entire network will be merged with the Beacon Chain, changing its consensus mechanism, all while the network continues to produce blocks. There will be no downtime, and all applications will continue to run throughout the upgrade.

Many web 2.0 applications require servers to be restarted or put in ‘maintenance mode’ when significant updates are made. Ethereum has no such luxury; The Merge will happen while the network continues to grow.

Once successfully merged, the new PoS version of Ethereum will have undergone what is commonly known as a ‘triple halving.’ Bitcoin undergoes a halving roughly every four years, causing Bitcoin issuance to be reduced by half. The effect is often believed to be the start of the next crypto bull run.

When Ethereum moves to PoS, it will issue 90% less ETH, comparable to three halvings in one block. On PoW, Ethereum issues 13k ETH per day; under a PoS consensus mechanism, it will print just 1.6k per day.

Unlike Bitcoin, which is often viewed as ‘digital gold’ and a ‘store of value,’ Ethereum is a decentralized virtual computer known as the Ethereum Virtual Machine. It allows automated, incentivized, and programmable smart contracts to interact and open the door to impossible applications in web 2.0.

Fred Wilson, the prominent VC from Union Square Ventures, published a blog post on Monday focusing on The Merge and what it means for crypto. Wilson highlighted three main points for The Merge; the reduction in carbon footprint, the change to Ethereum’s supply/demand ratio, and its increased security.

Wilson also highlighted the potential for a PoW fork to surface after The Merge. He does not, however, make any predictions as to the expected impact this will have on the ecosystem.

“ETH POW, could develop a community around it and live on and provide value to developers…ETH POW tokens could be worthless in time or worth a lot in time. There is really no way to know how ETH POW will develop.”

Regardless of the potential for fallout following an ETH PoW token launch, Wilson believes “The Merge is probably the most important change that a large scaled blockchain has ever undergone.”

The future of the internet

Web3 is now a common term in technology, but it has yet to acquire mainstream adoption. Ethereum may have been held back in its adoption with a significant upgrade hanging over its development. Once the Beacon Chain is implemented on mainnet, the future roadmap will be much more straightforward, allowing projects to launch on Ethereum without concerns that The Merge could fail.

Should web3 gain mainstream adoption and become a part of our daily lives, it is clear that Ethereum will be a major component. While layer-2 solutions will likely facilitate most transactions, Ethereum will continue to perform as the settlement layer for a large part of web3. September 14, 2022, could go down in history as the true birth of web3, or if The Merge fails, it could be its downfall. Here at CryptoSlate, we will be glued to our monitors to watch this historic moment play out for sure

Is Ripple vs SEC Lawsuit Getting Worse Day by Day? What Can We Expect With the XRP Price Ahead? 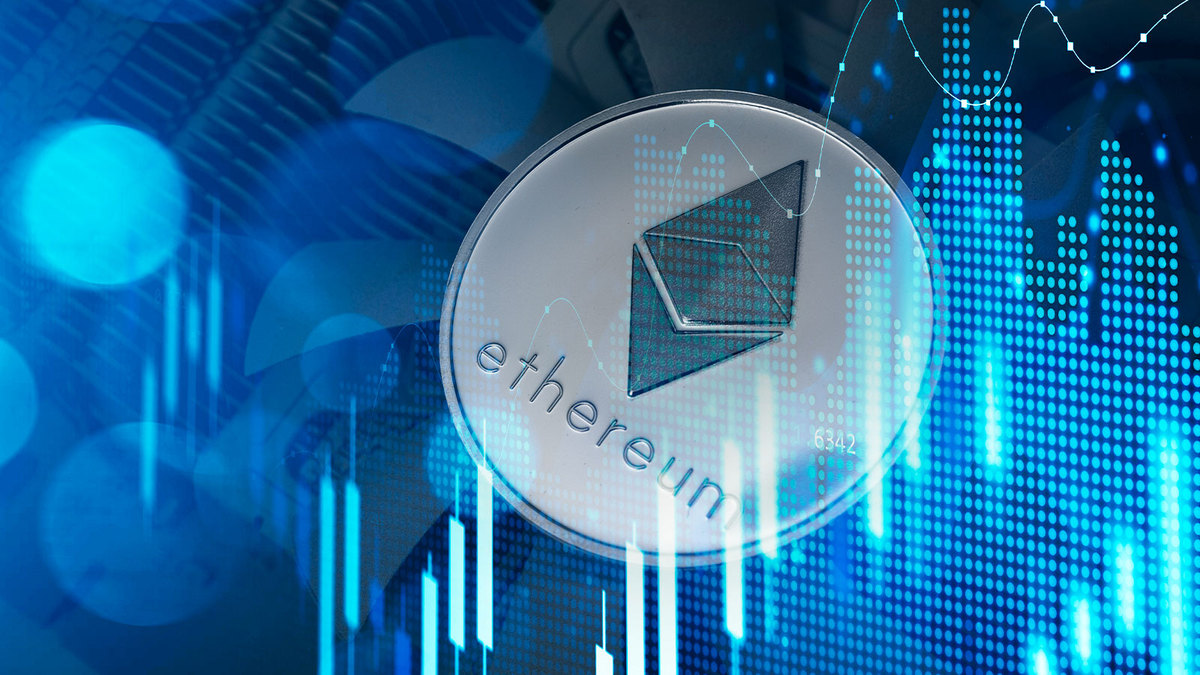 Ethereum May Keep Rising After Showing 80% in Past 30 Days: Santiment