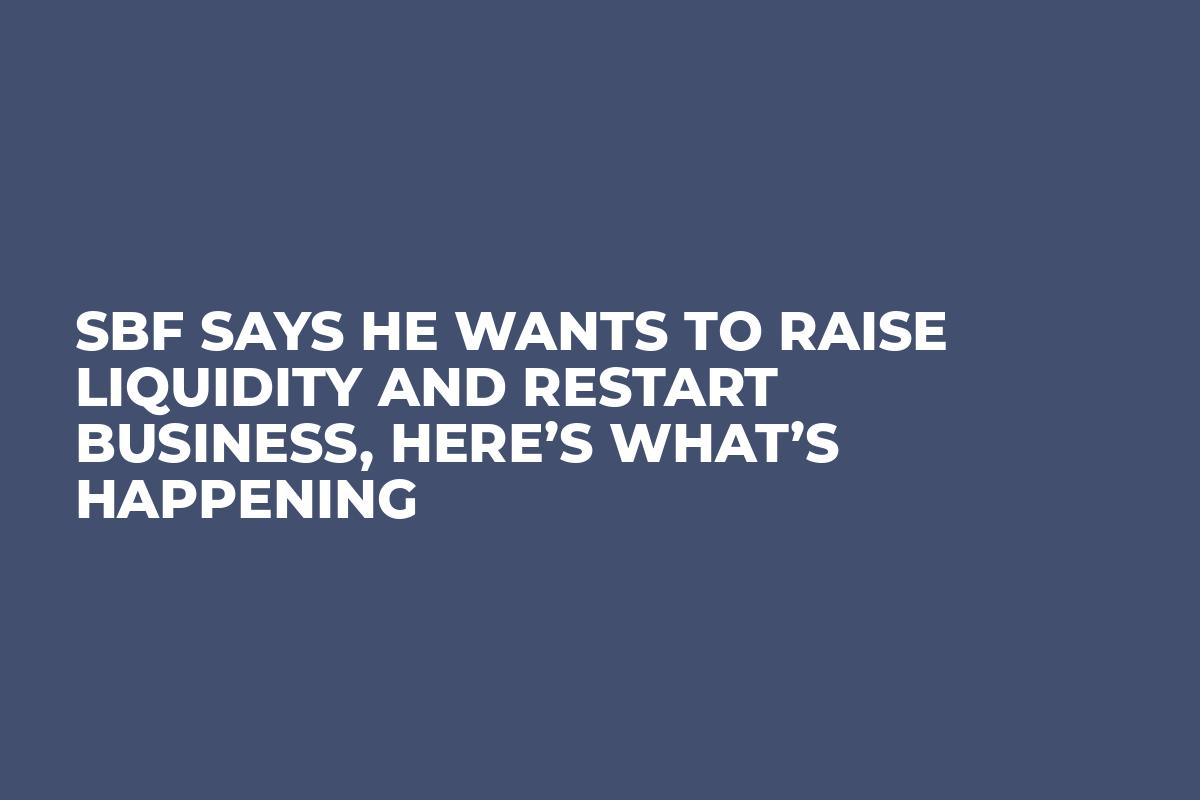 Sam Bankman-Fried, who co-founded major exchange FTX which he recently declared insolvent, has taken to Twitter to tell the community that he would like to start his business all over again.

He plans to compensate losses to customers first and, after that, to take care of investors.

Two major figures in the crypto industry responded to his shoutout — Kim Dotcom and the Dogecoin co-creator — but their reaction was totally different.

15) A few weeks ago, FTX was handling ~$10b/day of volume and billions of transfers.But there was too much leverage--more than I realized. A run on the bank and market crash exhausted liquidity.So what can I try to do? Raise liquidity, make customers whole, and restart.— SBF (@SBF_FTX) November 16, 2022

List of SBF's goals as he says he wants fresh start

Former billionaire and investor Sam Bankman-Fried tweeted that his goal, above all others, is to reimburse FTX customers, who lost their funds. To do that, he tweeted, he is meeting with regulators and "working with teams to do what we can for customers."

Then, according to another tweet in the thread, SBF wants to "clean up and focus on transparency." He reminded the audience that as early as just a few weeks ago, his exchange demonstrated roughly $10 billion of trading volume per day and handled billions of transactions.

The main problem, according to him, was "too much leverage" — a lot more than he realized there was.

What Bankman-Fried wants to try and do now is restart his business after raising liquidity and reimbursing customers for their losses. Despite his recent failure, he tweeted that he feels that he "might get somewhere."

Prominent entrepreneur and hacker Kim Dotcom, along with DOGE creator Billy Markus, responded to that thread by Bankman-Fried.

Kim Dotcom stated that if he wants a second chance, SBF should compensate customers and be honest with the crypto community. In that case, they might be willing to start trusting him again.

You need to come on our FTX space in 7 hours and answer some questions. If you want to have any chance to raise the money you need to repay your customers then you have to be honest with the crypto community. If you do that you may have a shot and we are willing to help you.— Kim Dotcom (@KimDotcom) November 16, 2022

In another tweet, Dotcom explained that he wants hear from Sam what he thinks happened. And then, it will be up to crypto users to decide "if they want to help unsink this ship."

However, contrary to that, Billy Markus, who co-created Dogecoin, believes that "people, who commit enormous massive fraud" must not be given a second chance to commit the same mistake once again.