Report: Coinbase is least risky crypto exchange to trade on 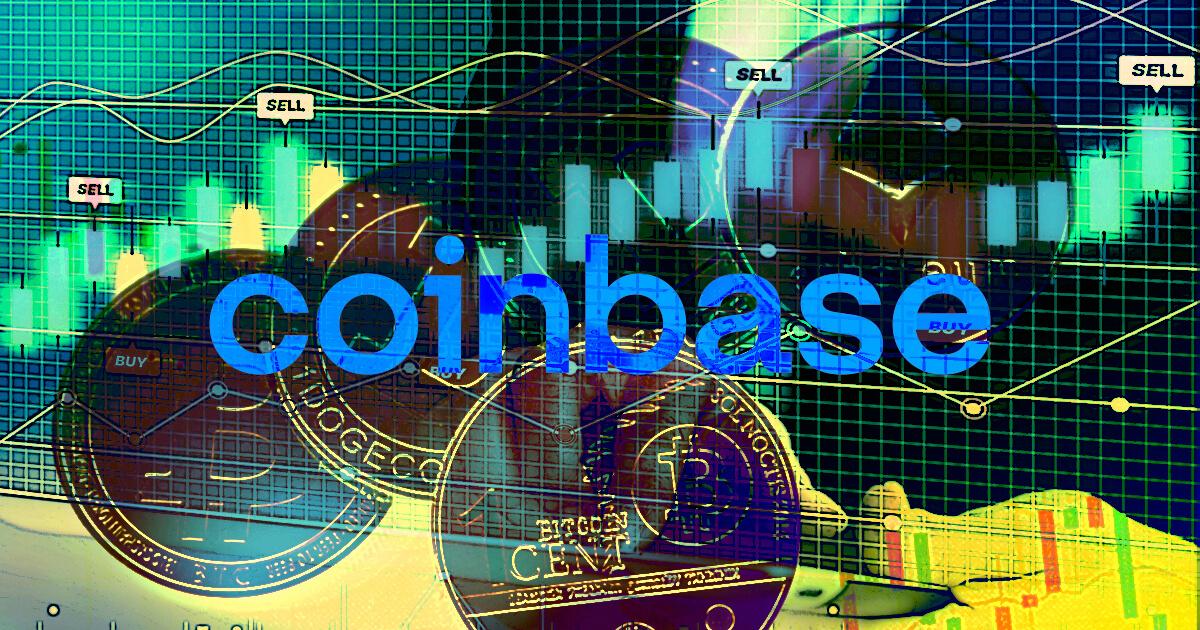 Market data aggregator CryptoCompare has named Coinbase the most transparent and accountable crypto exchange in the world, per the firm’s latest report that ranked 150 trading platforms.

According to CryptoCompare’s researchers, the Brian Armstrong-led exchange is closely followed by crypto platforms such as Gemini, Binance, and Bitstamp.

/1 Today, we are delighted to release our #ExchangeBenchmark report.This bi-annual report combines over 80 quantitative and qualitative metrics to assign a grade (AA-F) to over 150 active spot #crypto exchanges.Read the full report below: — CryptoCompare (@CryptoCompare) April 11, 2022

Notably, only these four exchanges received the AA rating, which means they’re the least risky crypto trading platforms to use. Further down the list, 11 more exchanges have received A ratings, 27 got BB ratings, and 37 have been ranked as B. 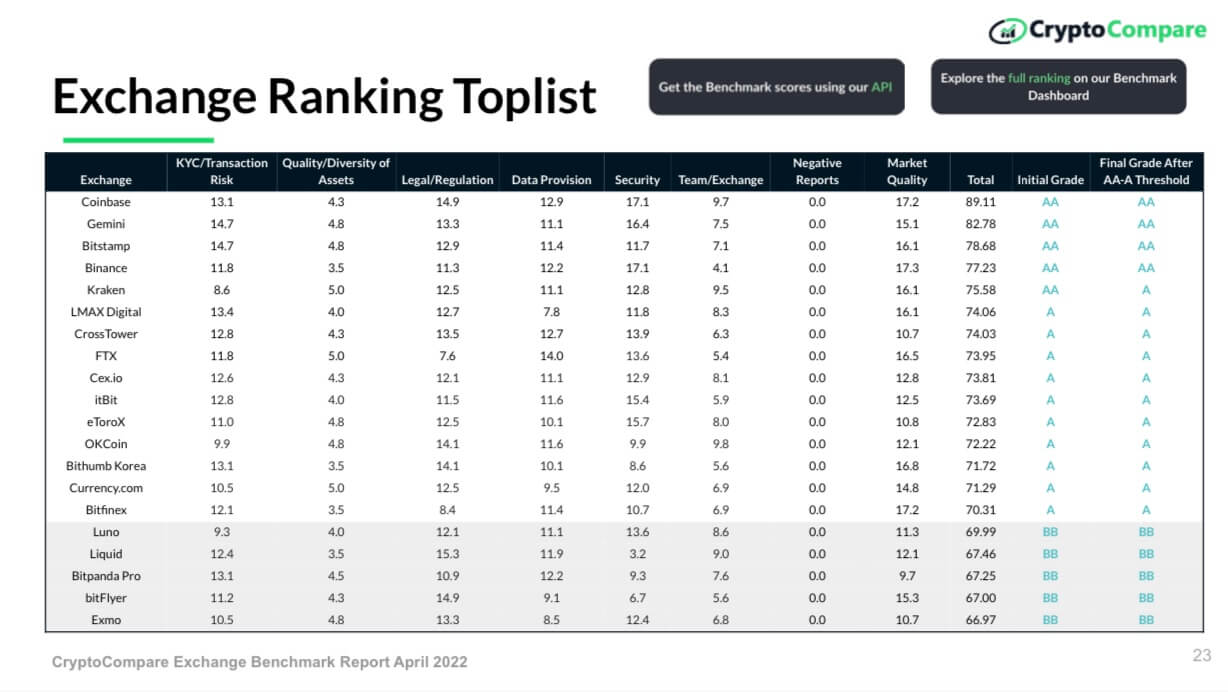 The report went on to reveal that the top four exchanges aren’t only the safest but are also responsible for the majority of transactions within the sector. These platforms accounted for around 96% of all crypto trades that were made between September 2021 and February 2022, the researchers pointed out.

At the same time, the total number of top-tier exchanges has dropped over the past months, the researchers noted, adding:

“Due to stricter benchmark standards, only 78 exchanges met the threshold for Top-Tier status in the latest Exchange Benchmark (vs 87 in August 2021 and 84 in February 2021). Meanwhile, 15 exchanges have met AA-A status compared to 9 in August 2021.”

As CryptoSlate reported, regulators around the world have been paying increasingly more attention to the crypto industry lately due to sector’s tremendous growth over the past year. In turn, this has led to an increase in scrutiny from various authorities that are still cautious of the industry.

Ultimately, CryptoCompare inferred that exchanges reacted positively to this heightened attention as many of them have been “sharpening their processes when it comes to security, regulatory risk, and KYC policies.”

According to the report, 99% of the surveyed exchanges currently implement two-factor authentication systems, aiming to help users better protect their funds. Apart from that, more crypto platforms now “possess exchange or MSB licenses.”

Nonetheless, CryptoCompare has concluded that crypto trading platforms still have to brace for more political impact as the industry goes mainstream, citing some instances where blockchain firms were pressured to close accounts belonging to Russian citizens amid the country’s conflict with Ukraine. 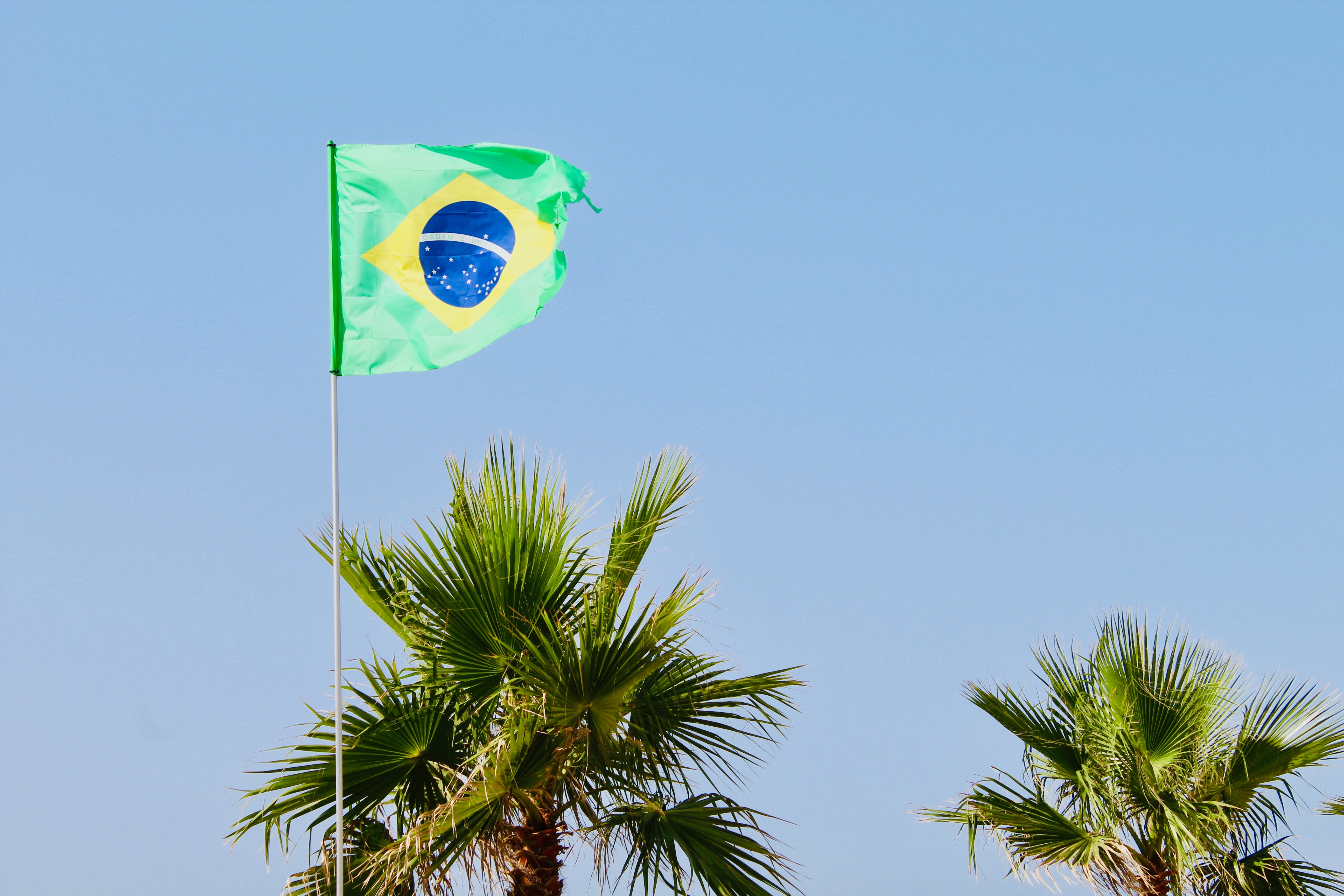 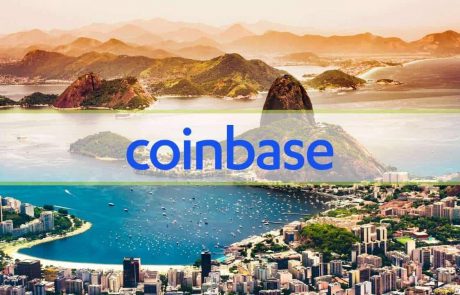 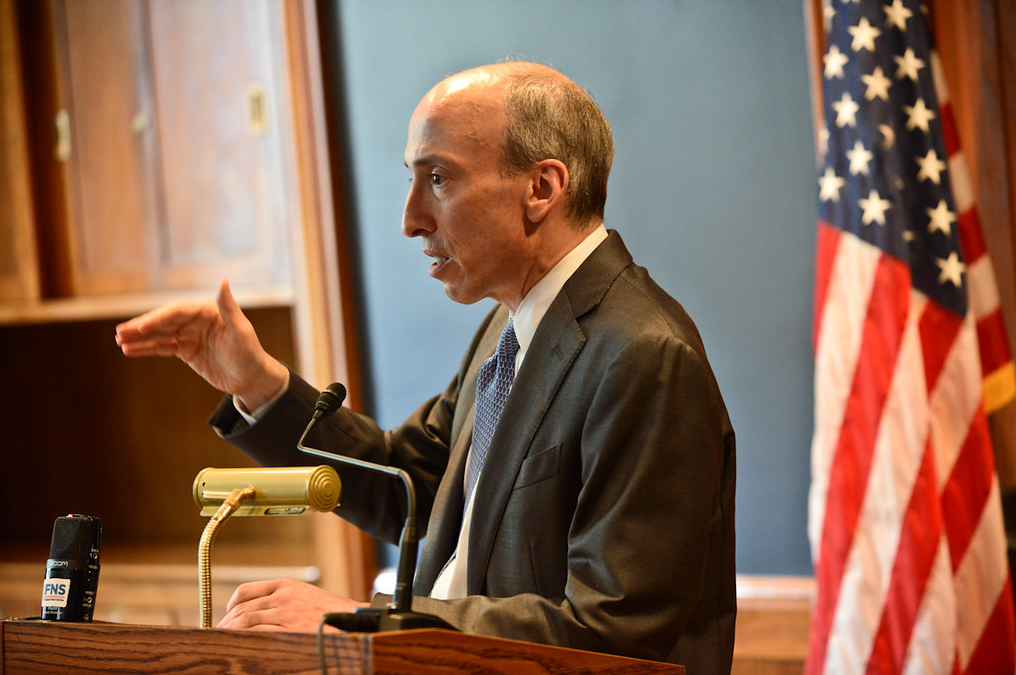 SEC Homing In on Crypto Exchanges