According to a press release shared with Bitcoinist, Polygon (MATIC) will launch the first Ethereum equivalent layer two scaling solution, called Polygon zkEVM. Based on Zero Knowledge (ZK) Proof or zk roll-up technology, as the name suggests, this solution will provide developers with the tools to “seemingly” plug into the decentralized finance (DeFi) sector.

The Polygon zkEVM will operate as an Ethereum Virtual Machine (EVM) equivalent meaning it will be much more powerful than its compatible counterparts. As the release claims, this technology was thought to be at least a decade away.

The scaling solution will allow developers to “fully benefit from all of Ethereum’s ecosystem” by removing friction from the process of migrating a smart contract or decentralized application (dApp) into Polygon’s infrastructure. The release claims developers won’t need to perform modifications or “re-implement” code to complete this process.

The scaling solution will use Zero Knowledge Proof to reduce transaction costs and speed by allowing developers to “execute arbitrary transactions”, such as smart contracts operations off-chain. In the meantime, the solution will preserve proofs and data on the Ethereum blockchain.

As seen below, the zkEVM solution will batch transactions to cut down on gas fees and overall costs for all users. 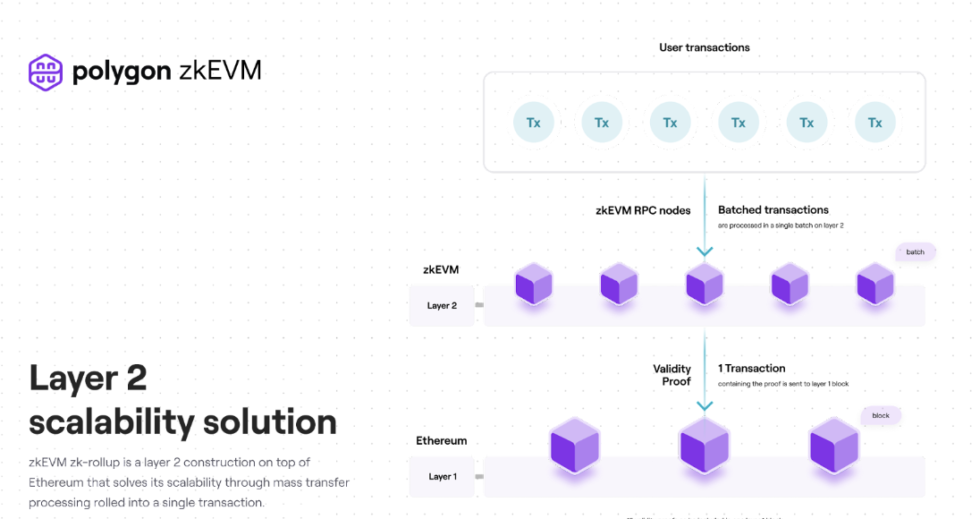 Therefore, this Polygon solution will provide developers and smart contract users with a fast, low-cost, and high-performance scalable solution while still leveraging the security of the Ethereum network. This new solution, the release claims, will make Polygon more attractive to payment and DeFi dApps.

Unlike other layers two scaling solutions, the zkEVM will offer faster transaction settlement and “far better capital efficiency”. Mihailo Bjelic, a co-founder at Polygon, said the following on the EVM equivalent scalability solution:

The holy grail of Web3 infrastructure should have three major properties: scalability, security and Ethereum-compatibility. Until now, it has not been practically possible to offer all these properties at once. Polygon zkEVM is a breakthrough technology that finally achieves that, thus opening a new chapter of mass adoption.

Polygon Achieves The Impossible With Its L2 Scalability Solution?

The zkEVM scalability solution will also allow EVM-compatible dApps on other networks to migrate into the Polygon ecosystem by “simply switching nodes”. Thus, attracting more developers and users to this Ethereum-based network. Jordi Baylina, a co-founder of Polygon Hermez, added:

Many believed that a zkEVM was years away, or not practical or competitive. No one believed in us, but Polygon did.

Data shared in the press release claims that Polygon’s zkEVM solution will be able to reduce transaction fees by as much as 90% with the potential to continue cutting down on this cost in the future. As part of the announcement, Polygon will release the source code for its scalability solution.

Later in the year, the team behind zkEVM will deploy a testnet with a potential mainnet launch set for early 2022. At the time of writing, MATIC’s price trades at $0.9 with a 160% profit in the past 30 days. 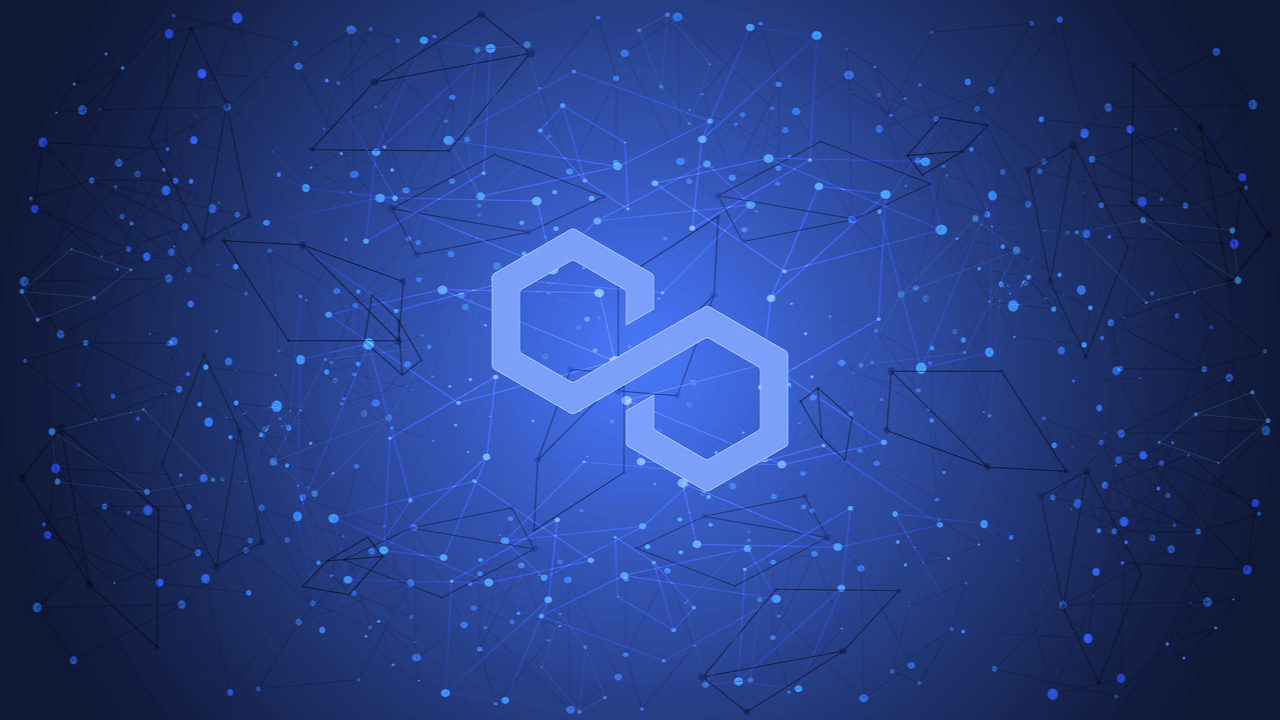 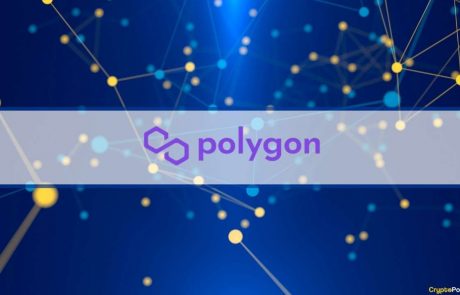 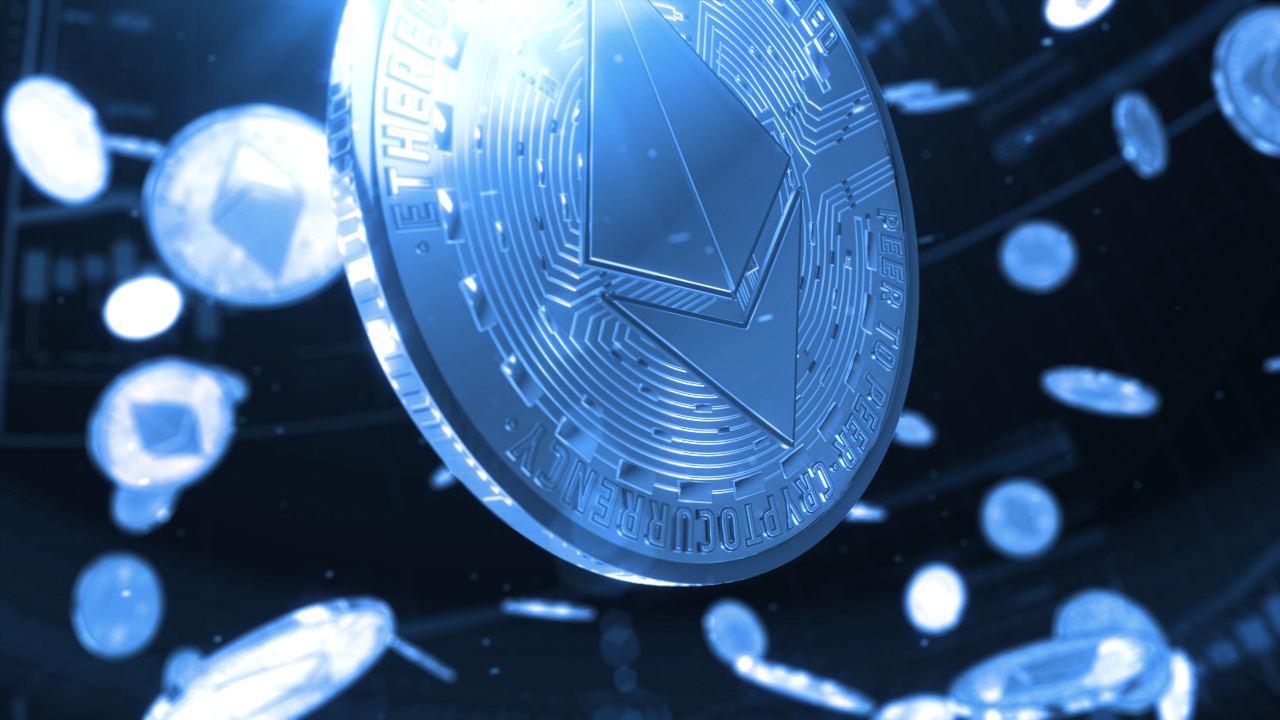