In the fast-paced world of cryptocurrencies, a myriad of protocols have been taking the lead to emerge supreme over the others. Polkadot is one such prudent protocol, which is leaving no stones unturned. The protocol aims to provide remarkable extensibility by enabling a common set of validators to secure multiple blockchains.

The protocol also aims at a peer-to-peer network, decentralized cryptocurrency, with a motive to weave all the different blockchains. polkadot [email protected] Network Followers : 0 View profile has been raging ahead in terms of utility with its parachains, and its auctions, which are reinforcing the network. With the growing strengths of the network, investors and traders are keen on Polkadot’s native token “DOT”. Which also participates in governance decisions, including voting and bonding. So without any further ado, dive in to learn more about the price predictions of DOT for 2022 and beyond.

DOT price had initiated 2022, continuing its slide from the previous year, with a price tag of $26.67. While the digital asset had seen a notable rise of 16.84% to breach $30.79 on the 4th of January. However, the price of DOT has been descending southwards thereafter. It was on the 21st of January when the altcoin had tested its support at $22.36.

Whilst the price did brush the resistance on the 7th and 8th of February. The implications of the Russian Invasion, and FED’s rate hike, slumped the price. That said, the optimism around Q2 had uplifted the price to $23.11 by the 31st of March.

However, Polkadot fell prey to the market-wide negative sentiments. Which dragged the altcoin to its multi-month low of $6.72 by the 13th of June.

If the makers roll out requisite developmental upgrades and resolutions to the network. The protocol would witness a notable splurge by marketers. Which could impel the price to its potential high of $9.49. On the downside, the prolonged rule of the bears could stumble the altcoin to $6.90. That said, an equilibrium in buying and selling pressures could land the price at $8.09.

With parachain-to-parachain communication now possible, the parachains could now attract more innovative projects. Successively, in the company of possible successful ventures and a viable bull run. The year could be closed at its apex of $11.82.

In contrast, failing initiatives followed by reprovals, the price could slump down to lows of $8.56. Collectively, considering the bullish and bearish targets the average price could settle at $10.04.

If Polkadot welcomes adoptions and utility, alongside its escalating rise with parachains. The network would witness a rise in sentimental beliefs and volumes. This could propel the digital asset to close the trade for the year at $19.15. On the flip side, the dominion of bears could push the price to $10.59. That said, constrained by a linear projection, the regular price might establish its base at $14.31.

The hold of the protocol in interoperability, security, and user-driven governance could attract bigger institutions. Thereby bringing in a wider audience, who could help propel the price to its potential high of $29.62. Conversely, emerging potential rivals and ebbing fame could result in the digital token finding support at $16.16. Successively, the lack of fulfilling events and initiatives could settle the price at $22.14.

Over the next three years, Polkadot could emerge as a tough contender. Certain perpetual contracts by exchanges may lead to the growth of the currency towards a new all-time high. The community might further extend collaborations to more prominent blockchain networks. While, with mere buys and sells, the trading price may strike an average value of $32.09.

With further upgrades of PoA and higher parachain rollouts, the price may close the trade for 2025 at $43.62. However, if the network falls prey to another hacking attempt anytime like it already did, then the price may also drop to $23.60.

Digital Coin Price speculates the DOT price to touch a maximum of $10.50by 2022. Whilst a reversal in trends could knock the price to its minimum of $9.14. Howbeit, a balance in buying and selling pressures could land the price at $9.91. The firm expects the price to surge and hit the peak at $16.25 by the end of 2025.

Click here to read our price prediction of Ethereum (ETH)!

What Is Polkadot (DOT)?

Polkadot was on board for development by the Swiss-based Web3 Foundation looking forward to providing a fully functional and user-friendly decentralized platform. In 2016, gavin wood gavin woodco-founder at polkadot, kusama and ethereumGavin Wood is the creator of Kusama and Polkadot and is also the co-founder of Ethereum, which he has defined as one computer for the entire globe. Presently, he is serving as the CEO of Polkadot. Wood has also assisted in the development of Solidity, a programming language for creating smart contracts, and co-founded Parity Technology. Before working on Ethereum, he was a research scientist at Microsoft. Wood established the Web3 Foundation, a nonprofit association focusing on decentralized web frameworks and innovation, beginning with the Polkadot network. Wood, along with his team, plans to adjust the company’s code to accelerate and corrupt techniques for communication.EntrepreneurInvestorChief Executive OfficerPresident Followers : 0 View profile , one of the Ethereum co-founders, mapped the project along with peter czaban peter czabanCo-Founder at polkadotPeter Czaban is one of the co-founders of Polkadot. He is the Technology Director of the Web3 Foundation, where he operates to support the development and growth of the next generation of distributed technologies. In the past, Peter has worked across defense, finance, and data analytics industry spaces, working on mesh networks, distributed knowledge bases, machine learning, quantitative pricing models, and business development. At present, Peter is serving as the Founder and Director of PlantingSpace, an IT services and consulting company that aims to build a system capable of understanding knowledge, fulfilling needs, and getting things done. He is also the Founder and Board Member of the Open Reviews Association, an international non-profit organization founded to create a global open data ecosystem for virtual customer reviews.Entrepreneur Followers : 0 View profile and Robert Harbermeier. 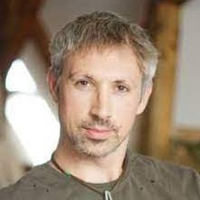 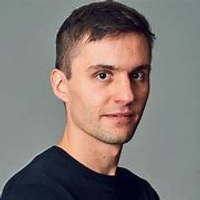 As Ethereum kickstarted, multiple computational tasks happened across the blockchain, which led to the advent of GAS fees. Developers needed to pay an extra fee as a return of computing energy to validate transactions! Hence, Polkadot evolved as a network that circumvents money spent on extra transactional fees.

Polkadot is a platform for Web3, that unites and protects a growing ecosystem of specialized blockchain technologies named parachains. The platform authorizes cross-blockchain transfers of numerous categories of data or assets, not just tokens. Networking with Polkadot provides the user the capability to interoperate with wide-ranging blockchains in the Polkadot ecosystem. The platform is founded by Robert Habermerier, Dr. Gavin Wood, and Peter Czaban in 2017. The platform's mission is to envision a Web where their identity and data are owned and safely protected from any central authority by enabling a completely decentralized web. It is created to connect consortium and private chains, permissionless and public networks as well as future technologies that are yet to be built. The platform makes it easier to build and blend decentralized applications, institutions, and services by encouraging innovators to create better solutions, seeking a democratic society from its reliance on a distributed web where its large scaling institutions can't break their trust. It provides an infrastructure that can scale with the evolution of blockchain and cryptocurrency, where the network can broadcast transactions over multiple parallel blockchains to authorize the high output required to reach the transaction processing capability of present credit card companies.

Polkadot is one of the pioneering projects based on a multi-chain framework that can be a competitor. It aims at providing the most advanced peer-to-peer network for numerous blockchains. The DOT network aims for a Strong interoperability approach with the circulation of its tokens. The protocol also boasts shared security of relay chains & parachains.

Polkadot has emerged as a performant shared network in the market, providing multiple use cases. The ease of blockchain setup has been possible, with its sophisticated governance process. Conversely, the network’s plan-print quotes to a central ‘relay chain’ on which every transaction gets recorded and stays permanent and irreversible.

However, an additional chain called the ‘parachain’ came into action. This extra chain, which can be user-created, does not require additional computational energy. Also, it can be fed to the relay chain anytime. Polkadot also involves staking, but it works on a nominated Proof-of-stake consensus mechanism(PoS). The one who stakes DOT can also participate in the major network upgrade decisions.

Polkadot might receive notable impetus from its parachains, as the industry has seen with Moonbeam. If the digital asset receives the much-needed sentimental boost from the investors. And a spike in volumes could help DOT close its trade for the year with a higher price tag of $11.8.

On the flip side, if the sentiments of marketers fall prey to bearish trends. The price of the altcoin could take a downswing to close the annual trade at bottoms of $8.5.

To read our price prediction of Solana (SOL) click here!

A: No DOT is not an ERC-20 token, but a digital asset built and developed on the Polkadot blockchain.

A: According to our Polkadot price prediction. If the bulls take in-charge the price of DOT could reach the $43.62 mark by the end of 2025.

A: Yes, DOT is a profit-making investment in the long term, the visionary developments in the pipeline. Alongside its initiatives such as parachains will fuel the price of DOT.

A: DOT is available for trade on leading cryptocurrency exchanges like Binance, FTX, Huobi, and Kraken, amongst others.