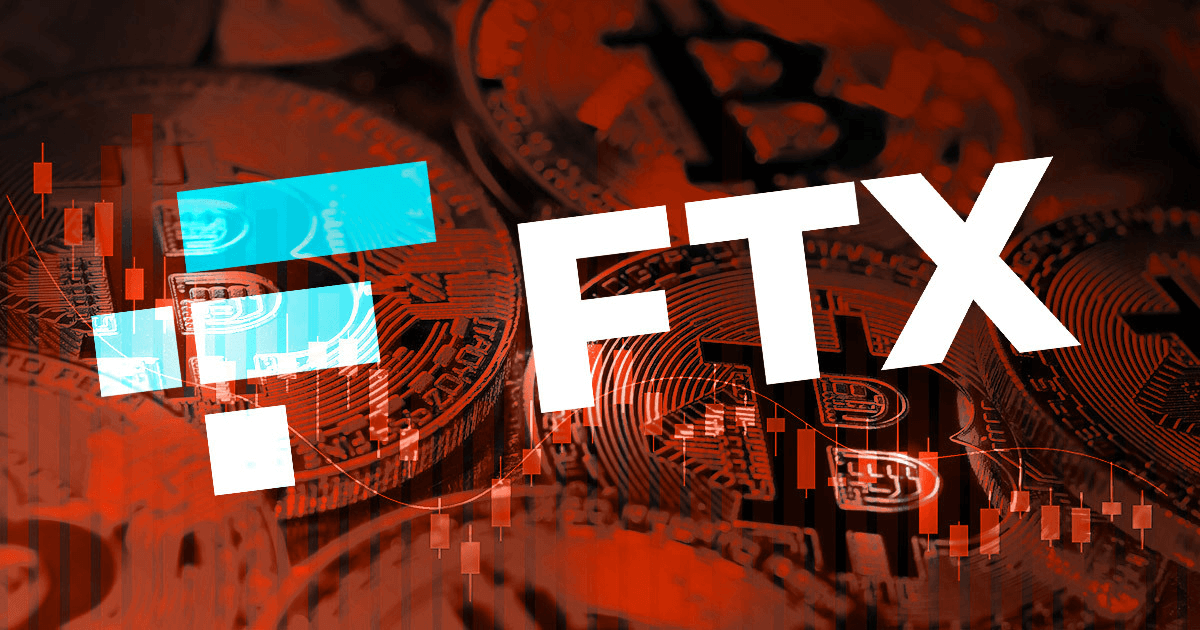 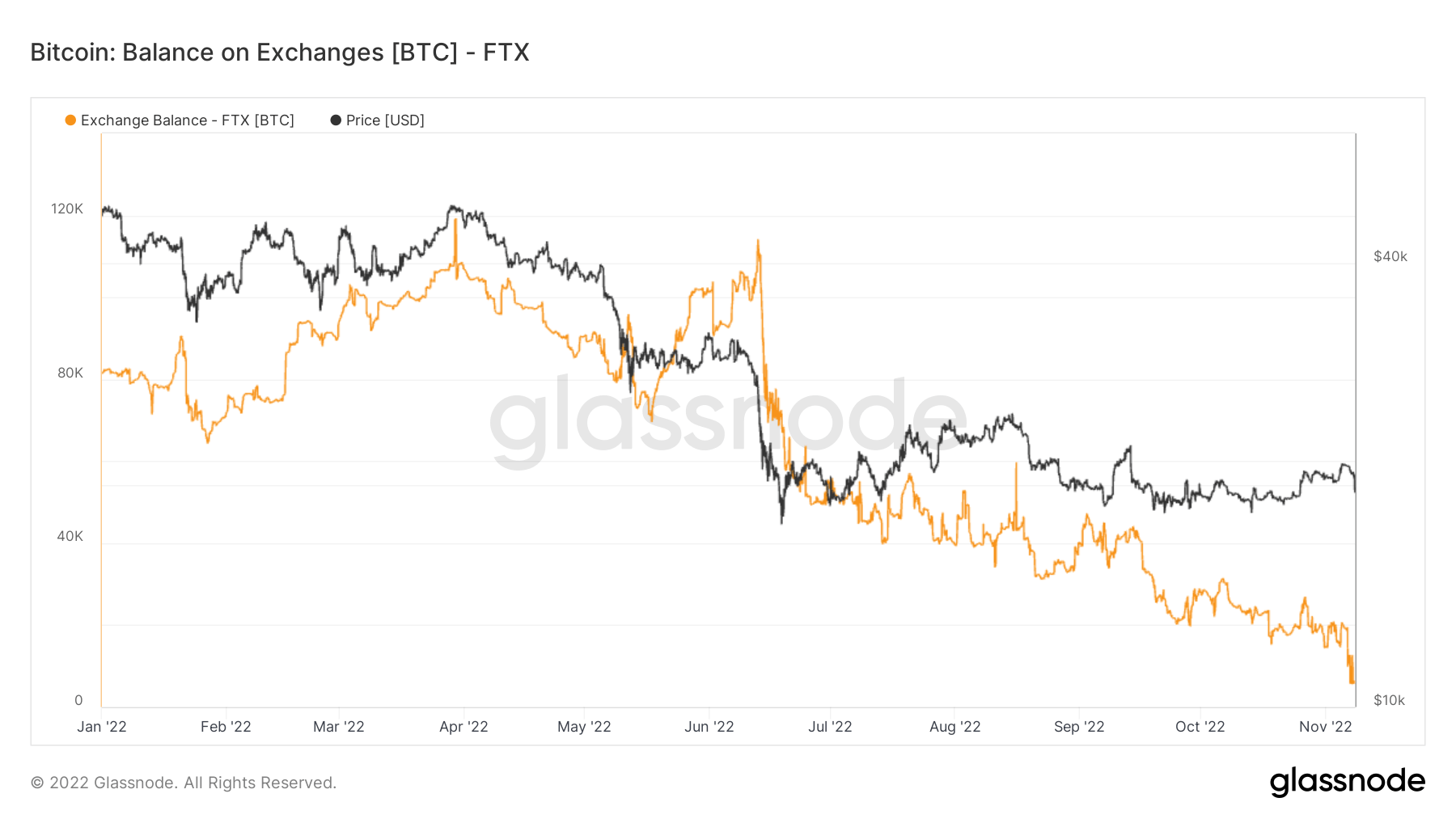 FTX kept accumulating BTC for the first four months of the year and held almost 120,000 BTC at the peak. However, things took a turn in June and the exchange’s BTC holdings have steadily shrunk since.

It finally fell below 10,000 Bitcoin on Nov. 6, after Binance CEO Changpeng ‘CZ’ Zhao announced that Binance is liquidating all its FTT holdings. 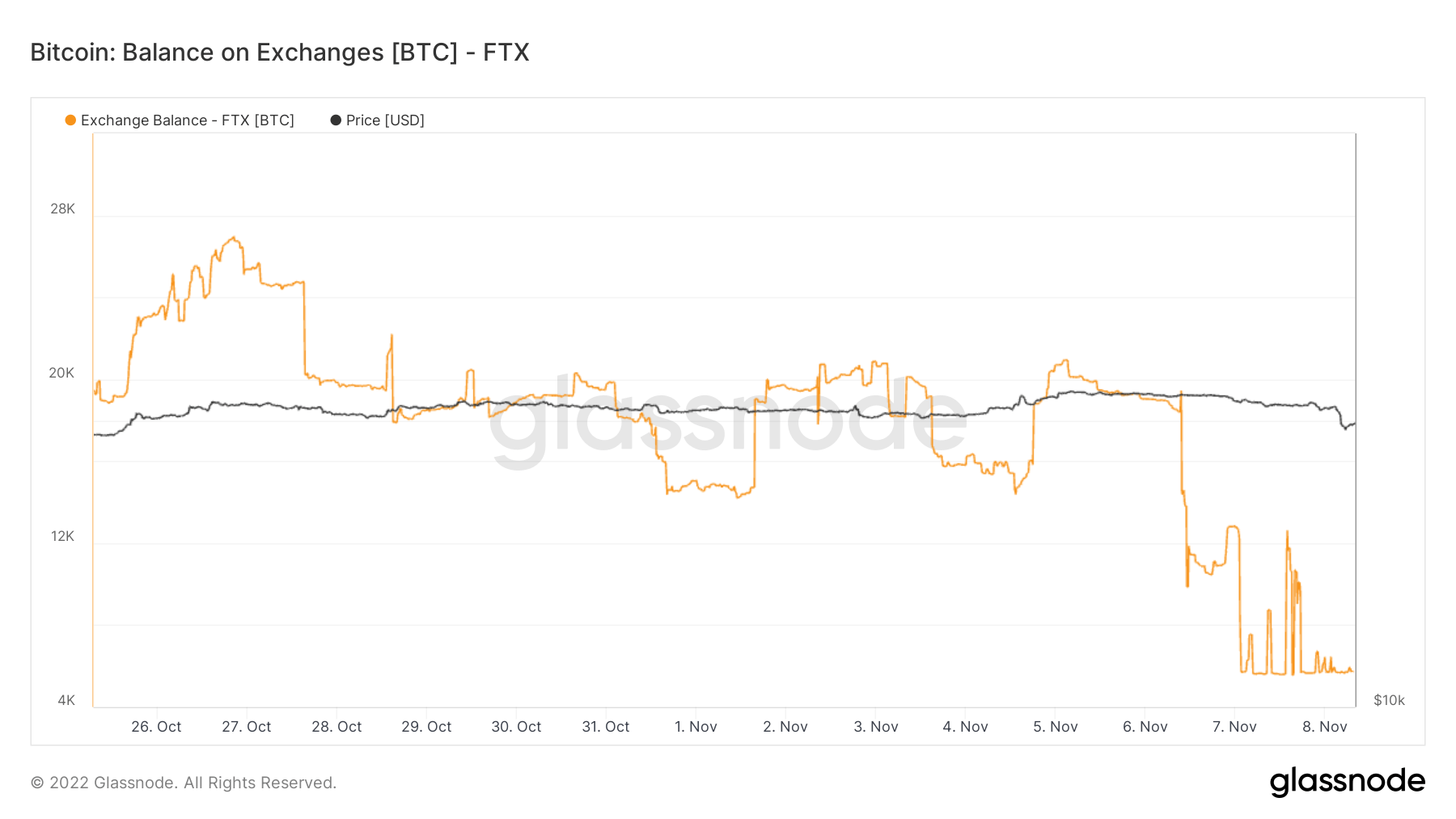 CZ’s announcement came on the heels of rumors and speculation that FTX and Alameda Research may be facing a liquidity crunch.

FTX CEO Sam Bankman Fried tried to address these concerns but the industry is still spooked and withdrawing assets from the exchange. This affected the Bitcoin reserves as well, after a sharp decline in Bitcoin holdings on Nov. 6, FTX holds around 6,000 Bitcoins today.

In the meantime, Binance has been significantly growing its Bitcoin holdings since the beginning of November. 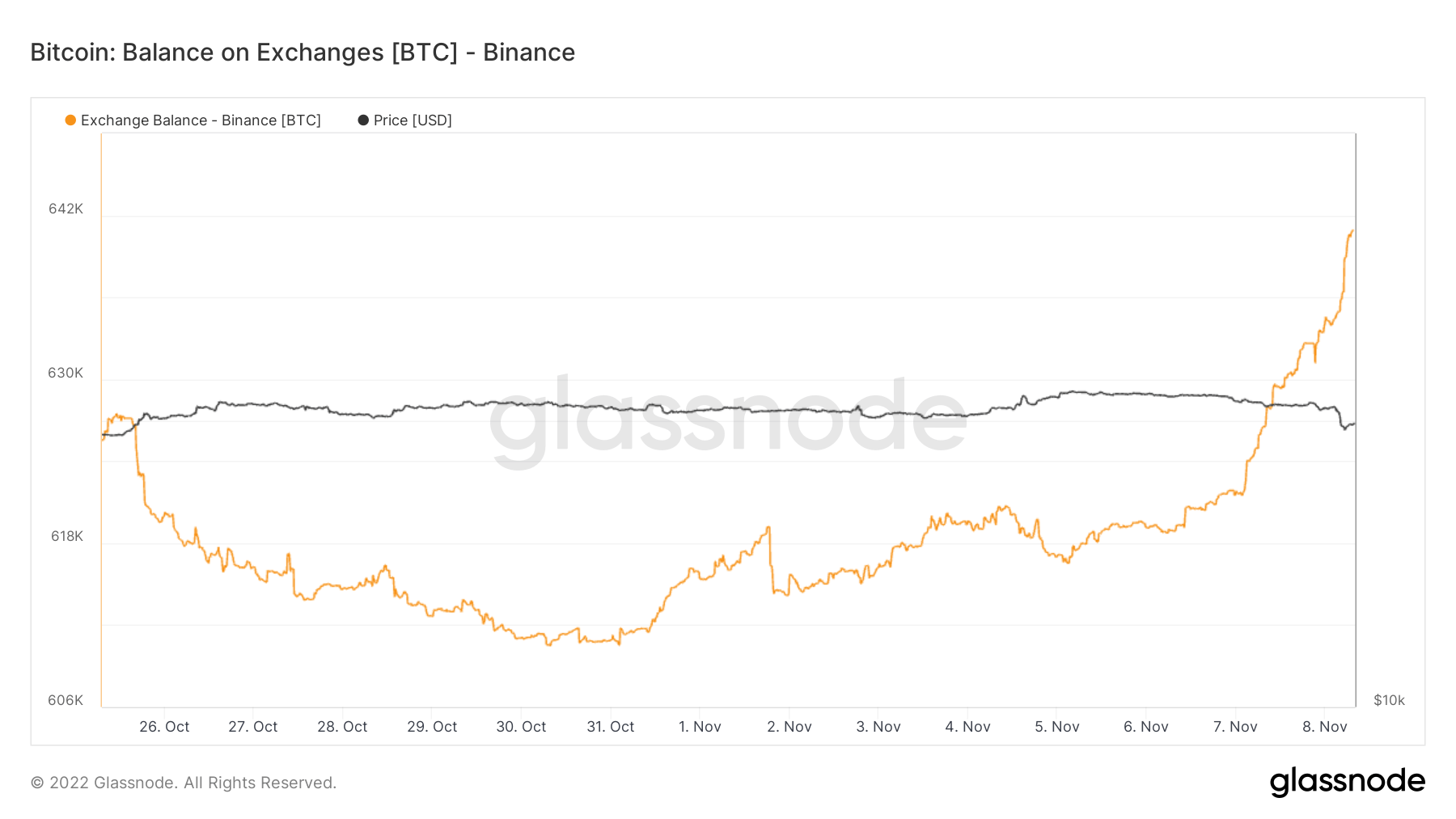 After recording a dip at the end of October, the amount of Bitcoin Binance held started to spike. It especially grew significantly as a result of the events of Nov. 6.

Between Nov. 6 and Nov. 8, Binance’s Bitcoin holdings grew by around 3.2%. In the last 24 hours, nearly 20,000 Bitcoins were transferred from FTX to Binance, increasing Binance’s Bitcoin reserves to over 640,000. 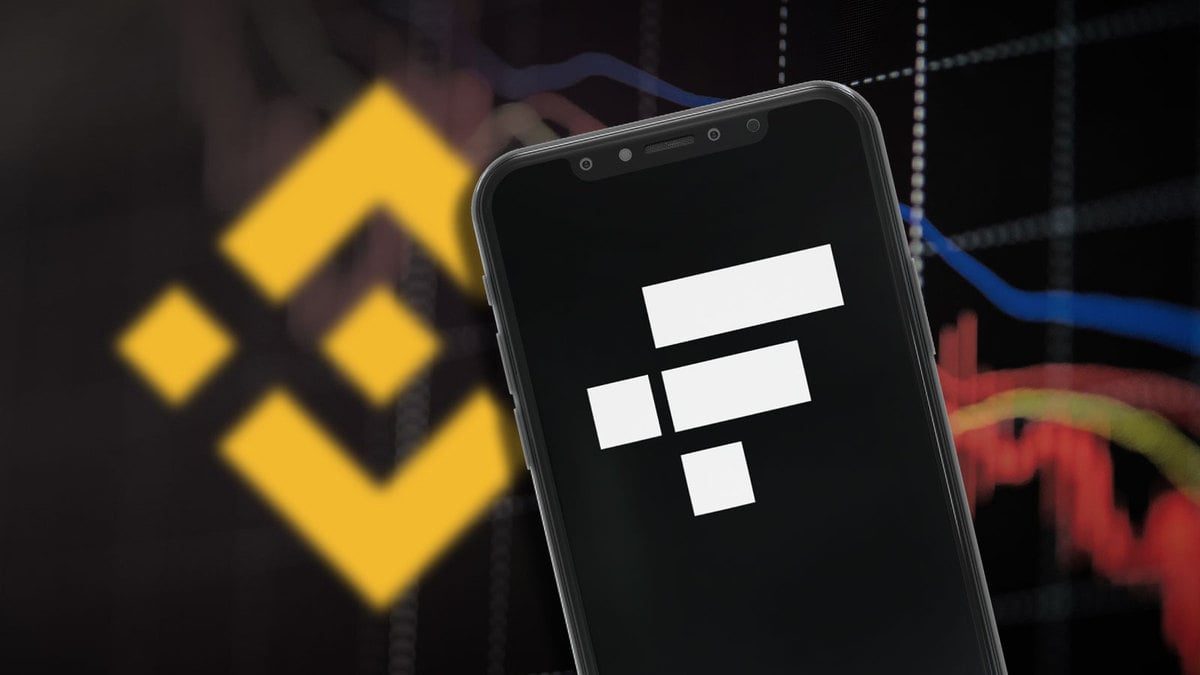