A Move To $2K or an Imminent Correction for ETH? (Ethereum Price Analysis) 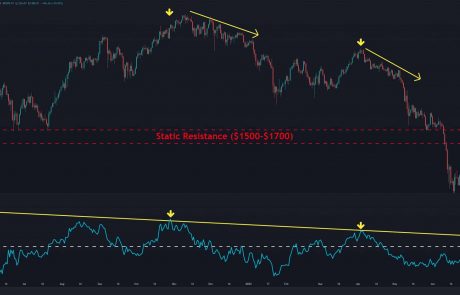 Ethereum started a rally after breaking above $1000 and gained 50% in six days. Largely propelled by the Merge anticipated in September, many are calling for the $2K price target, although there is serious resistance before that.

On a daily time frame, the bulls took another step closer to reclaiming $2,000. ETH was able to recover above $1280 and break out of the sideways trend after a month. However, it’s important to note that the positive divergence in the Momentum indicator also caused the index to break the baseline. So far, whenever it hit the descending line (in yellow) – over the past three occasions – the market had dropped aggressively. Currently, the Momentum has touched the yellow line, and if it can break above it, the bullish sentiment will likely increase further.

The bulls have no choice but to break above the resistance zone at $1,500-1,700 (in red) to develop a sustainable positive trend in the market. If successful, this may even propel ETH to $2,000 and perhaps even confirm a mid-term trend reversal. 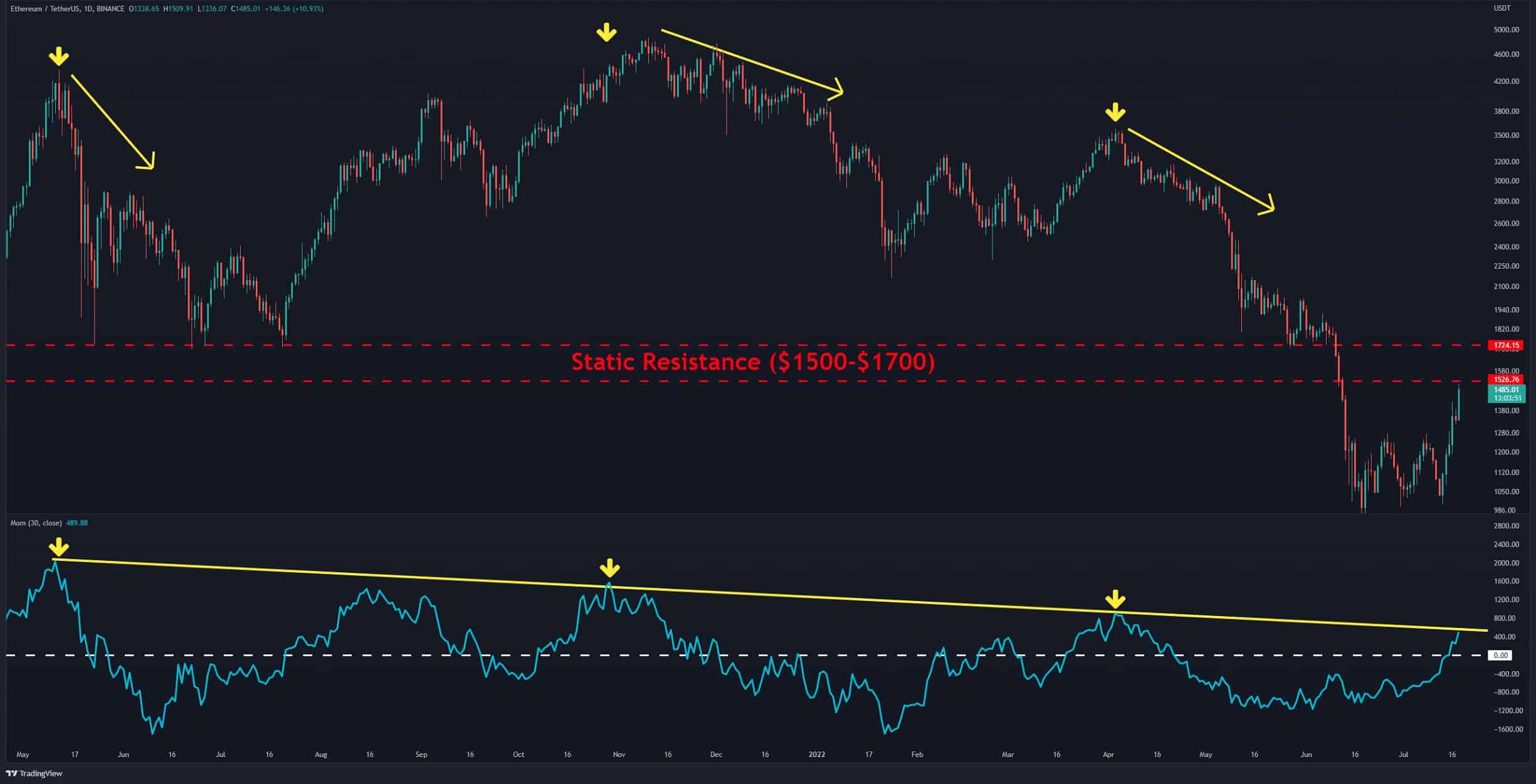 ETH performed better than BTC this week and achieved an upside breakout from the monthly consolidation phase. The price has now touched the 200-day moving average line (in white) after breaking the horizontal resistance at 0.065 BTC (in yellow).

The structure is entirely bullish as far as the buyers hold the price above 0.065 BTC. Presently, ETH seems to need more momentum to break above the MA200. Therefore, any correction towards 0.065, which is a chance to gain the required momentum, is healthy. 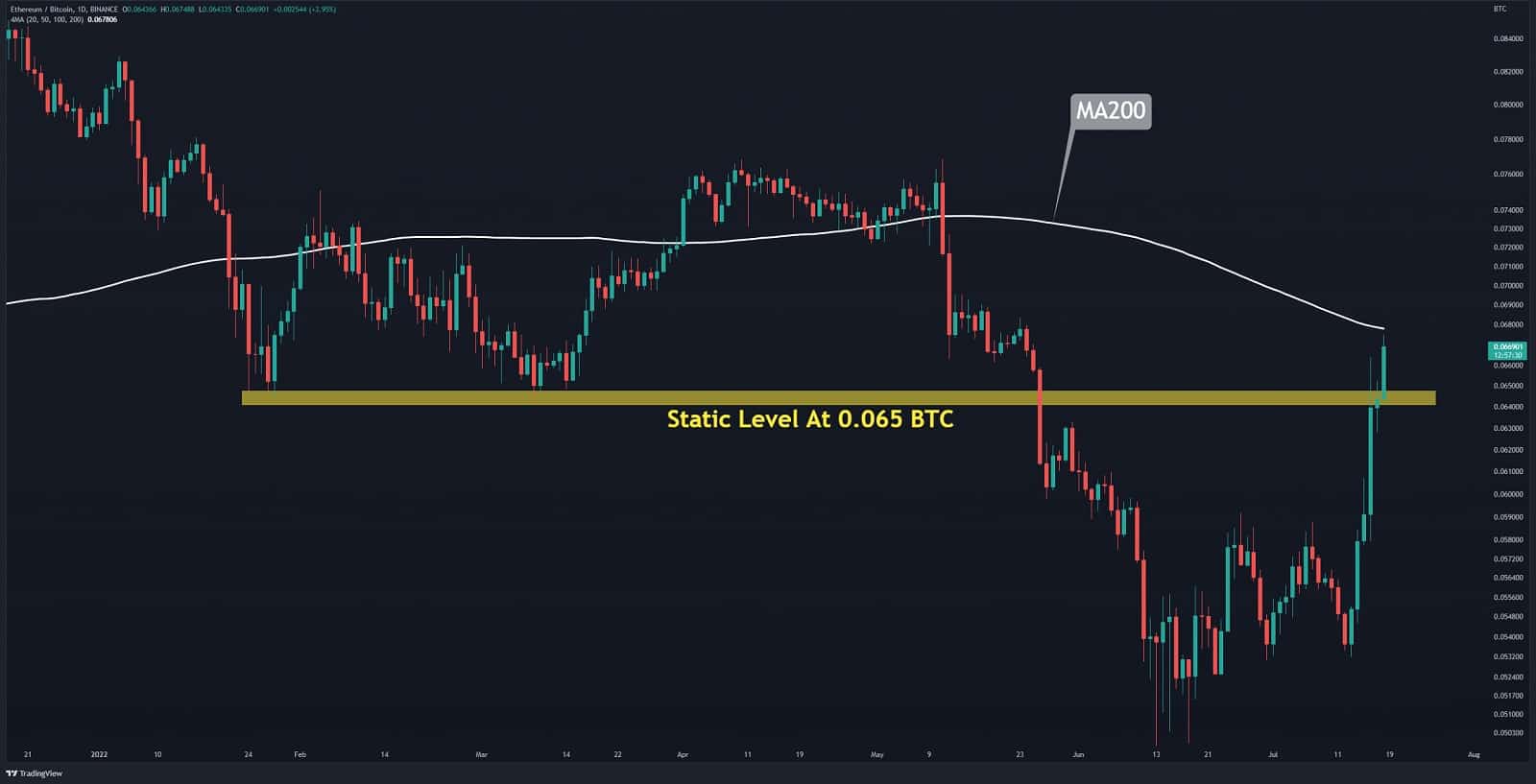 Takers have filled more buy orders after the last market crash. This caused the bullish sentiment to prevail in the derivatives market. This metric has now reached its highest level since the end of 2020. At that time, Ethereum recorded a historic bull run. The derivatives market is very hot, and many positions, mostly short, were liquidated in the last 24 hours. 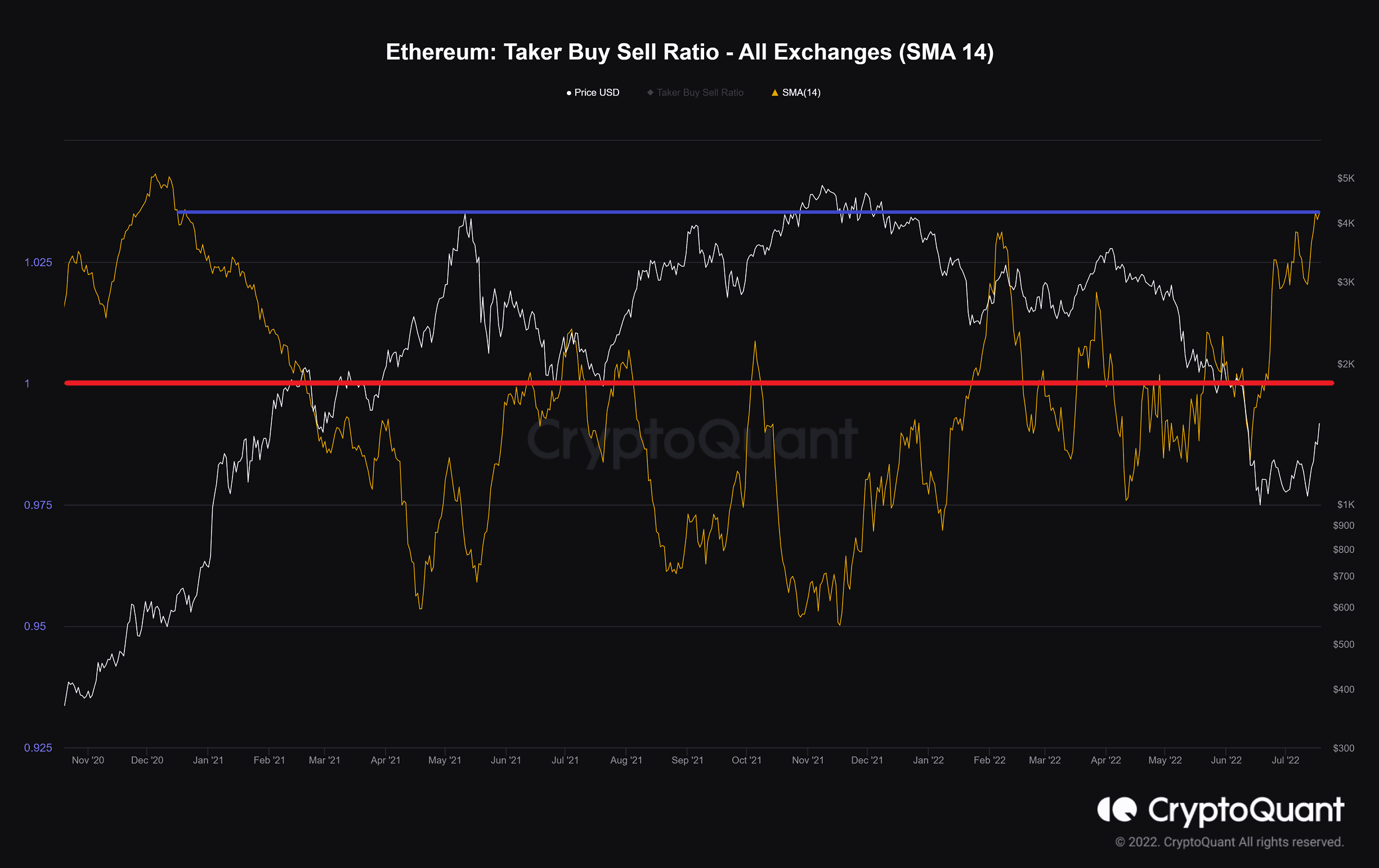 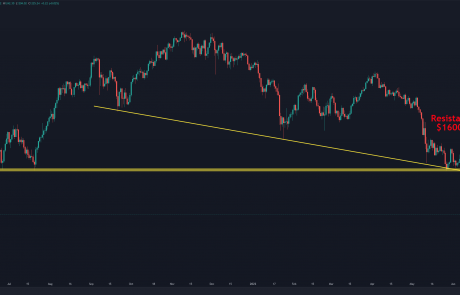 Ethereum (ETH) Price to Lookout for a Corrective Move While Markets Turn Bullish! 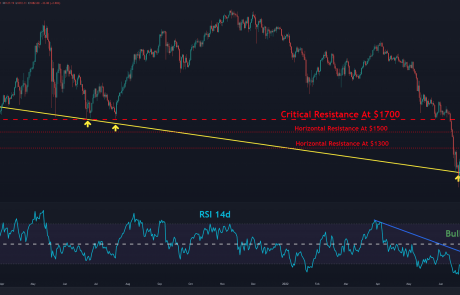