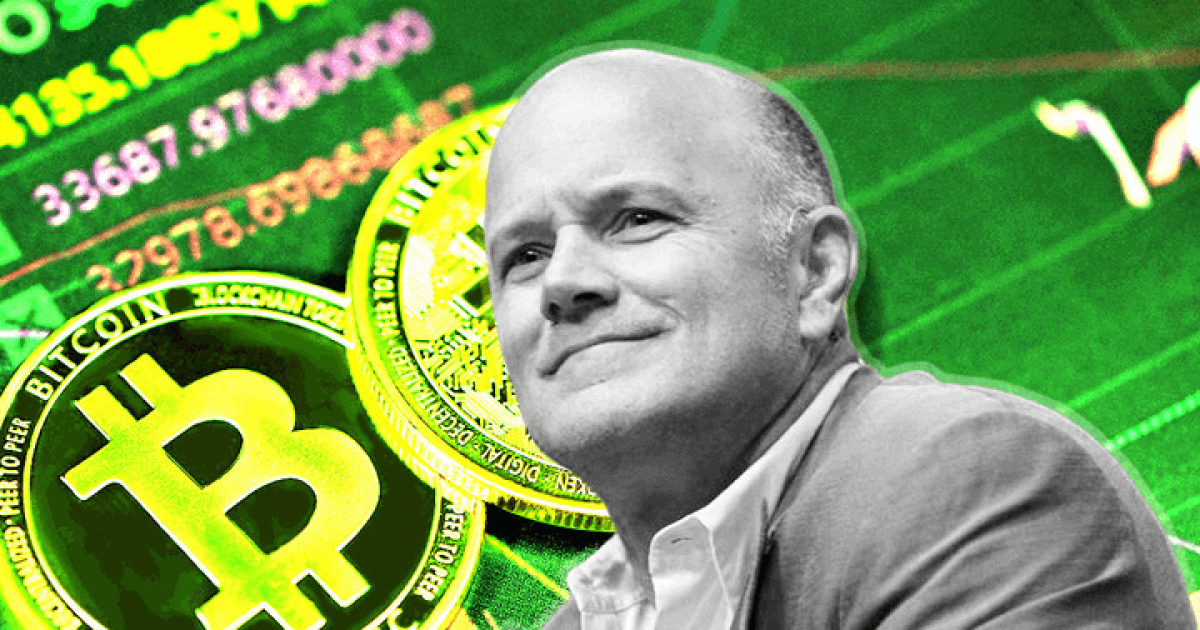 Galaxy Digital CEO Michael Novogratz believes the current bear market is just a rough patch, and global economics and crypto adoption rates will push Bitcoin up to $500,000 within five years.

Novogratz made the comment during an interview with Kitco at the Bloomberg Crypto Summit.

“This is a story of two things — it is about adoption and global economics. And while this is a bump in the road in adoption. It is certainly not a U-turn.”

Novogratz argued that the current state of the market is agitating institutional players. They are hesitant and not “diving with two feet.” However, institutions that haven’t gotten involved soon will see the opportunity and pour in, which should lead to a new surge narrative.

During an interview with CNBC in June, Novogratz argued that Bitcoin might be close to a bottom, and a new upwards surge could come soon. At the time, Bitcoin was trading at around $22,480. At the time of writing this article, Bitcoin lingers approximately $23,616.

High inflation will save crypto

Novogratz also mentioned how the current state of global finance behaves as a push upwards for crypto.

He argued that the global economy is worsening by the day and is past the point of sustainability from a policy perspective. Novogratz said crypto is still a good investment choice despite the price fall and will become the only choice for people in the future.

“I don’t see when I look at the global landscape how fiscal prudence gets put back in a box. We have a debt-to-GDP over 140%. [That] almost never ends without a debt restructuring or hyperinflation. We had 9% inflation this year. People get very angry when you have high inflation.”

Others who expect a BTC surge

Like Novogratz, he also believes that increasing adoption rates combined with the decreasing supply of BTC will inevitably cause a price surge. He highlighted the massive increase in adoption rates by saying:

“Based on the total market cap of all equities on the planet […] crypto is about 1% of that. A few years ago, they were 0.01%. A few years before that, they were even less.”

Analyzing the current market at the time, McGlone claimed that Bitcoin might continue falling for a while longer. However, it will increase to $100K in two years as soon as it finds its bottom.

Moreover, a recent report on user adoption indicated that the actual adoption surge in Bitcoin is yet to come. The report examined the development of all disruptive technologies and concluded that the current rates were only the initial steps of adoption. According to the numbers, Bitcoin will enter its exponential growth phase in 2030 and break past 10% adoption.