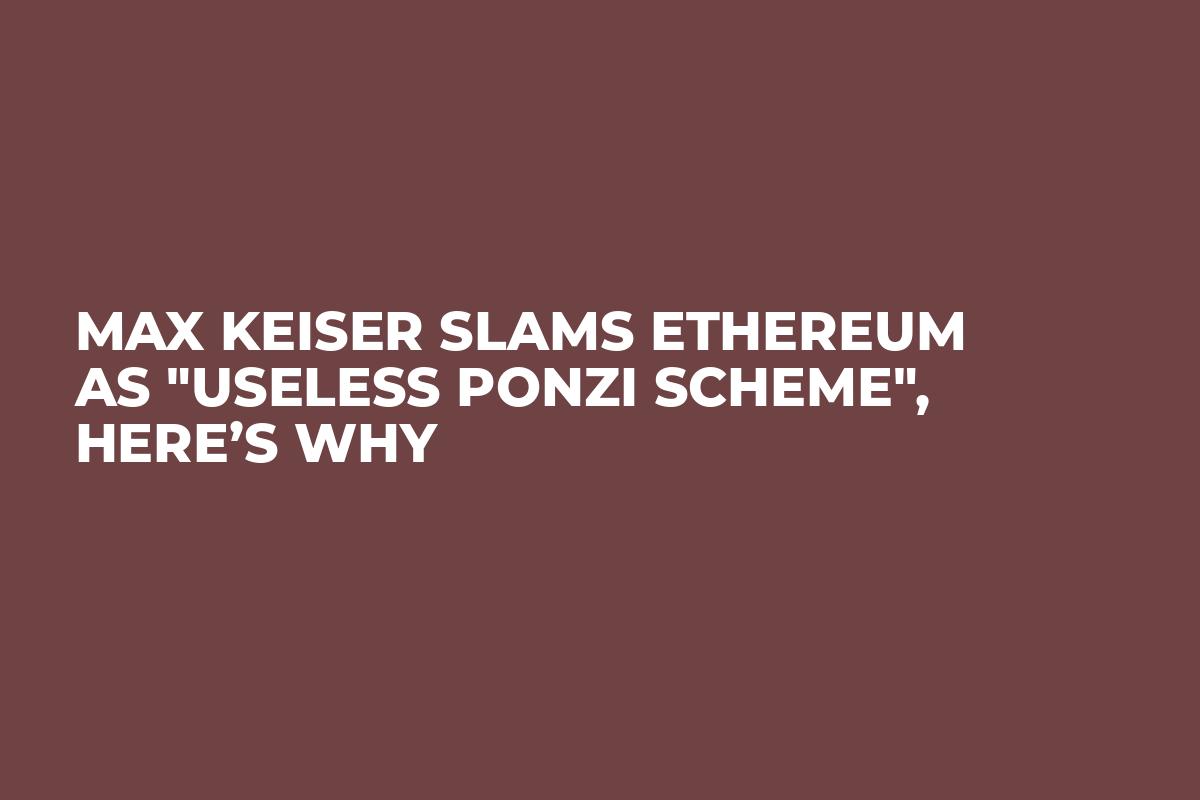 Podcaster, financial expert and former trader Max Keiser, who is also known to be a vocal Bitcoin supporter, has taken aim at Ethereum once again, claiming that the second biggest digital currency is nothing but a centralized Ponzi scheme.

He has commented on a tweet, which claims that the current Ethereum supply in circulation of 120.6 million Ethereum as was announced by developers is actually bigger and amounts to more than 122 million Ethers.

Max Keiser is a well known hater of all cryptos except Bitcoin. Earlier this year, he several times attacked Ethereum, calling it a centralized scam. He even suggested that the authorities should throw Cardano with its PoS-based ADA token out of the Wyoming state, especially Keiser was addressing the pro-crypto Senator Cynthia Lummis. He also called Cardano founder Charles Hoskinson a “terrorist”. Curiously, Hoskinson is one of Ethereum co-founders.

On September 15, Ethereum developers conducted the long-expected upgrade Merge, which made it possible for this blockchain to finally switch to the Proof-of-Stake mining protocol, leaving behind the controversial regarding the environment Proof-of-Work one.

According to estimates, now, that Ethereum has embraced Proof-of-Stake, the global energy consumption has dropped by 0.2 percent.

Hoskinson then began criticizing Ethereum’s model of implementing Proof-of-Stake as Kraken exchange told its ETH stakers that withdrawals are scheduled for the Shanghai upgrade that will take place half a year after Merge.

One of high-ranking ETH devs, Micah Zoltu, said that there is not ETA for ETH withdrawals, however, they will not be possible until approximately 2024. The reason for that cited by him is that ETH stakers are wealthy people by default and they have no rush to get their ETH back.

Hoskinson responded to that, criticizing this way of using PoS, saying that Cardano stakers are average people who don’t have to be wealthy to stake with Cardano. He called this fact the philosophical difference between Ethereum and Cardano.